With two lakes, a handful of restaurants, a supportive community and a football team on the horizon, Forsyth residents happily call their town home. 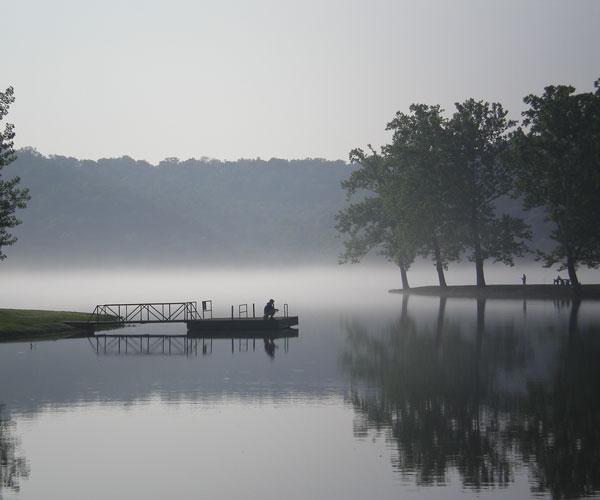 Roughly 30 miles south of Springfield, US-160 leads over the hills, through the woods and into Forsyth. Entering the town, you’ll pass a scenic lookout that offers a spectacular view of Lake Taneycomo that is definitely worth a stop. Once you get back on the main drag, you’ll meander your way through a lively main street that’s dotted with a handful of small businesses and eateries, and the rolling hills and sparkling lakes become a gorgeous backdrop.

Forsyth’s rich history put the small town on the map more than 175 years ago. Taney County was officially organized in 1837, and Forsyth was designated as the county seat in 1845. At the beginning of the Civil War, the town was occupied by Confederate forces, and it was the location of several battles over the next few years. Much of the action took place around what is now Shadowrock Park, where the city was originally located. It was moved in the early 1950s due to flooding. “We decided to move to the top of the bluff, which is where we are today,” says Leslie Wyman, the managing director at the White River Valley Historical Society.

Today, Forsyth residents love the city for the friendly neighbors who call the small town home, its laid-back atmosphere and, most of all, its access to the lakes. Located on both Taneycomo and Bull Shoals, Forsyth offers some of the best fishing and boating opportunities in 417-land. While everyone in town is happy to chat about politics, the weather and everything in between, there’s a whole lot of conversation and excitement about the school district’s new football team, which will start for seventh and eighth grade students in the 2014–2015 school year.

Most Happening Spot: Both of the lakes. Residents can often be found fishing on Lake Taneycomo and boating on Bull Shoals Lake.

Fun Fact: In the early 1950s, the entire city was moved from its original location at Shadowrock Park to the top of the bluff where it’s located today. Entire homes were moved in the process.

Quirkiest Restaurant: Chinese Mexican Burrito, a restaurant that serves Chinese food, Mexican food and even “the crazy burrito,” which is a best-selling item that combines the two. “Inside is steak, chicken, onions, beans, lettuce, tomato and cheese, and it’s topped with half sweet and sour sauce and half cashew sauce, cashews, onions and sour cream,” says owner Sandra Flores.

Best Indulgent Treat: The pretzel pastries filled with cream cheese that are made fresh every day at Yummy Donuts, a local spot that serves breakfast, lunch, coffee and a wide variety of delicious freshly made pastries.

Most Anticipated Addition: The school district’s new football team, which will start with seventh and eighth grade students in the 2014–2015 school year.