The Problem With Bradford Pear Trees

Bradford pears might be pretty, but their effect on local landscapes has been decidedly less so. Find out why it’s worth avoiding the flowering trees and what attractive alternatives make sense for 417-land. 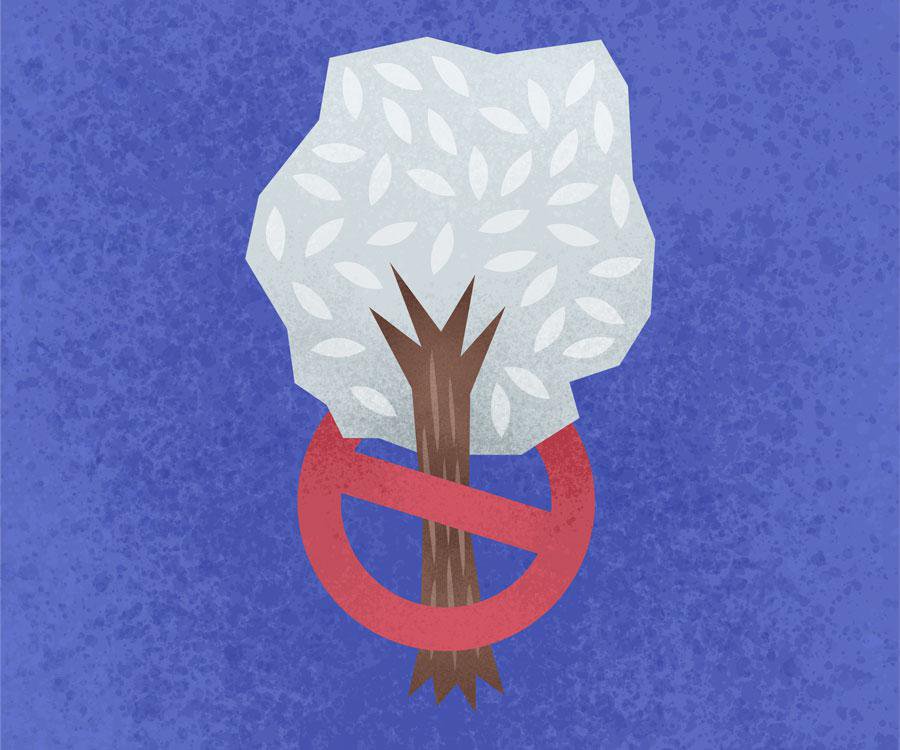 Call it the law of unintended consequences. In the mid-20th century, an Asian import called the Bradford pear became a fixture in American gardens. Throughout 417-land, landscapers caught on soon after, planting the pretty ornamental pear trees—replete with lovely white blossoms, a pleasing symmetrical shape and rich fall color—in yards and landscaping around the region. But an ugly side of the pretty pears soon emerged. Not only were the blooms discovered to emit an unpleasant smell, but their weak trunks and branches broke easily in inclement weather, leaving behind stumps that reverted to a wild, thorny relative called the Callery pear. Scientists believe the Callery pears then cross-pollinated with their thought-to-be-sterile cousin.

“With this cross-pollination, the seed was viable, and that’s what allowed them to escape and kind of become an invasive plant,” says Kelly McGowan, a regional horticulture educator with the University of Missouri Extension in Greene County. One of the tree’s originally appealing traits—its quick growing speed and versatility—became one of its most pernicious as it escaped cultivation. “Once we had these viable seeds that birds would start to spread around throughout wild areas, they also did well out in the wild, too,” McGowan says. In its wild variation, the Bradford pear began forming thorny, impenetrable thickets around the state, thus choking out benign native plants. “We don’t know when we introduce these plants what the adverse effects are going to be,” she says. “Nature is mystifying, and plants do strange things.”

Although McGowan says that removing healthy Bradford pears from yards isn’t necessary, she encourages homeowners to replace them as they die out. “As they succumb to storms and things like that, our advice is not to plant another Bradford pear. Just go with another type of tree,” she says.

When selecting a replacement, consider a native species, many of which offer the appealing traits for which the Bradford pear was originally prized. “My suggestion is always to go with native plants,” McGowan says. “They are tried and true for this area. They are not going to take over and they are not going to be invasive, so always try to go with natives whenever possible. Think about the right tree for the right place.”

Pool season is upon us! Use our handy guide to 417-land pools, and take your kids on the grand tour to visit them all.

Enjoy Your Best Summer Ever in the Ozarks

S​ummer is finally here, and we’re here to help you make it the best summer ever!