Sydney McGee has over 185,000 subscribers on YouTube and fans from all over the world. We sat down with the Kickapoo student to talk about fame and her plans for the future. 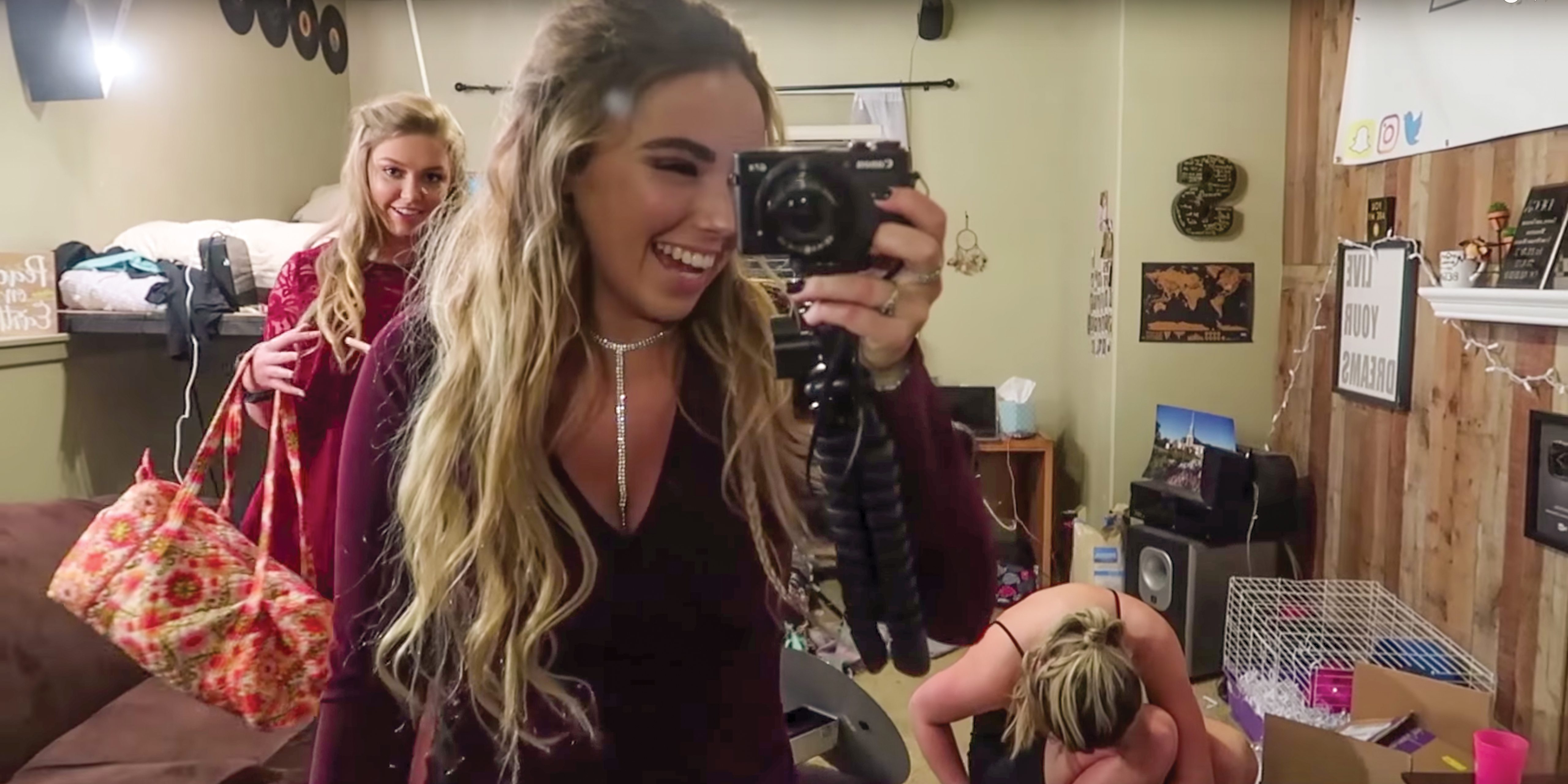 Photo courtesy Sydney McGeeSydney McGee took her virtual fans with her to a winter formal dance she attended with her friends.

Around a year ago, Rick McGee received an email at his Springfield-based Assist 2 Sell realty office from a Nevada family interested in buying a house in the region. Their daughter had become infatuated with the area and decided that a move to Springfield was imminent and necessary. Plus, it’s where Sydney McGee lives. “They were serious—they may move here this summer,” Rick says.

Toting a handheld camera three days a week—for more than two years it was every day, but she’s recently dialed it back—17-year-old Sydney McGee documents her life, whether that’s going over to a friend’s house or getting together with her family for Sunday dinner. Her most viewed video, at 3.9 million views, was just that—a Sunday gathering that featured a tour of her 7-year-old cousin Jasper’s playhouse. McGee has created a real-life Truman Show, if Truman were the one facilitating things. It’s this relatability that has made McGee into the type of celebrity that Internet culture enables, and why young women from Nevada are basing major life decisions around a 17-year-old vlogger from Missouri. 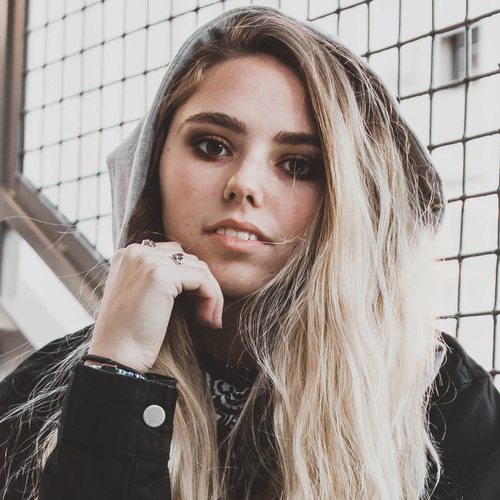 McGee calls herself a social media influencer. As of press time, she has 185,244 subscribers on YouTube, 63,200 Instagram followers and 8,785 Twitter followers. At a meet and greet celebrating reaching a milestone 100,000 subscribers, three fans drove almost nine hours from Nebraska to come see Sydney. Photo by Jordan McGee.

Her fans, most of whom have voices that might vary in pitch from day to day, are asking she take their money; the merchandise she sells came out of a demand for it. It’s far from her only money-making venture—she profits off of ads, lots of her vacations are comped, and companies clamor for a mention of their product on her channels. The website socialblade.com, which charts the impact and market value of YouTube stars, estimates that she makes as much as $110,000 yearly. McGee has 28,283,473 video views, and among the billion channels that exist on the site, she ranks 37,816th.

It wasn’t always this way. McGee needed a full year to get to 1,000 subscribers and didn’t become the monolith she is now until she uploaded a video in November 2016 that caught fire.

In the video, McGee sits with a friend—a boy—and the two answer questions about themselves and their relationship from inquiring minds in the comment section of her videos. The video builds to a crescendo as the pair’s chemistry shines. We get a front row seat to their asides and stolen glances, leaving viewers wanting to know if they were dating. The video even has a denouement that answers that question and makes it clear that McGee knows exactly what she’s doing.

417 Magazine: When did all of this start?
Sydney McGee: It all started back in middle school. I loved the idea of making videos and putting funny stuff out there for people to laugh at and bring light into people’s lives. I was really big into Snapchat originally, and I would just Snapchat everything I did. One day my brother was like, “You should try this thing called vlogging.” It was brand new on YouTube at the time. September of 2015—I was 14 at the time. We sat down; we looked up cameras; I bought my first camera and just went for it.

417: What were those first videos like?
S.M.: Really bad. The videos were really short, they didn’t make any sense, there was no story. It was really just me messing around with the camera and getting to know the equipment and how to edit.

417: Did you have any experience with making videos before?
S.M.: My brothers had both been making videos, so I would just watch them when they would make videos for school. I started a YouTube channel with my friends in middle school, and it didn’t work out, so I knew the basics of editing.

417: When you get home from school and it’s time to make the video, are you brainstorming things?
S.M.: I’m pretty much recording throughout the whole day and brainstorming then. But whenever I go home, I like to edit what I have and just make sure I’m not trying to stay up too late. Editing the video itself can take one to two and a half hours.

417: When did it start to click?
S.M.: Summer 2016, my videos were getting better. I was more intriguing. I just randomly got 1,000 subscribers. It was kind of like a lot all at once. That was my first big milestone. And then from there I just kept going and going until I had my first viral video. 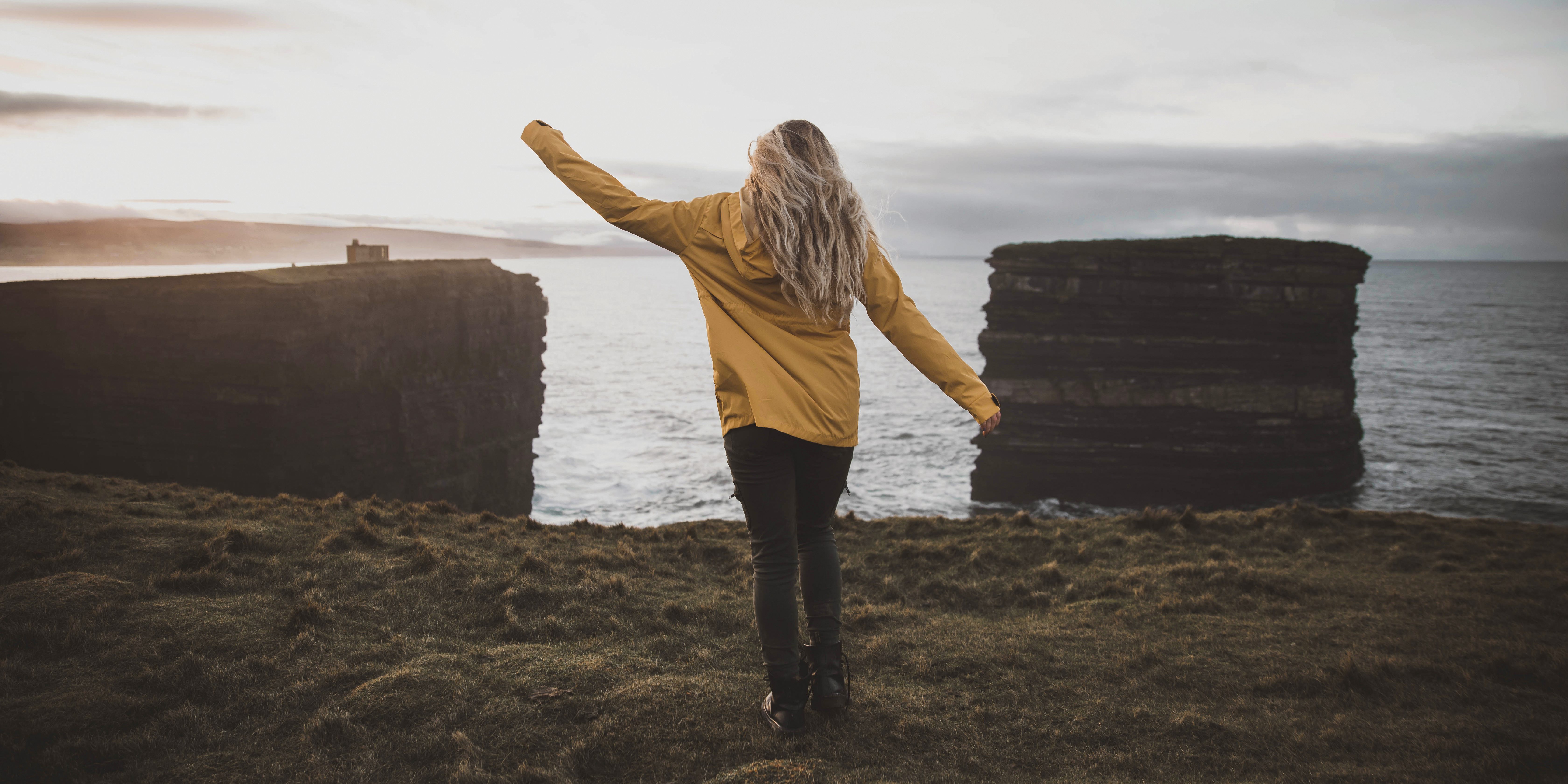 Photo by Jordan McGeeThe YouTube lifestyle has paid off for McGee and her family—and even led to a trip to Ireland.

417: What kind of pressure stems from that? Do you start to get more nervous having a product that people want?
S.M.: Yeah. Sometimes it can be really stressful to know I gotta get this video out on time [and] it has to be my best. I want to be able to entertain people. I want to make sure there’s nothing offensive in it, just something fun that everyone would want. It gets stressful when people are doing hate comments or just don’t like my videos at the moment.

417: Have you heard from people who watch your videos?
S.M.: I used to get fan mail all the time. A big thing for me is I wear a lot of bracelets, so people will always send me these handmade bracelets. Lots of really touching stories about how I helped them and made them more happy. 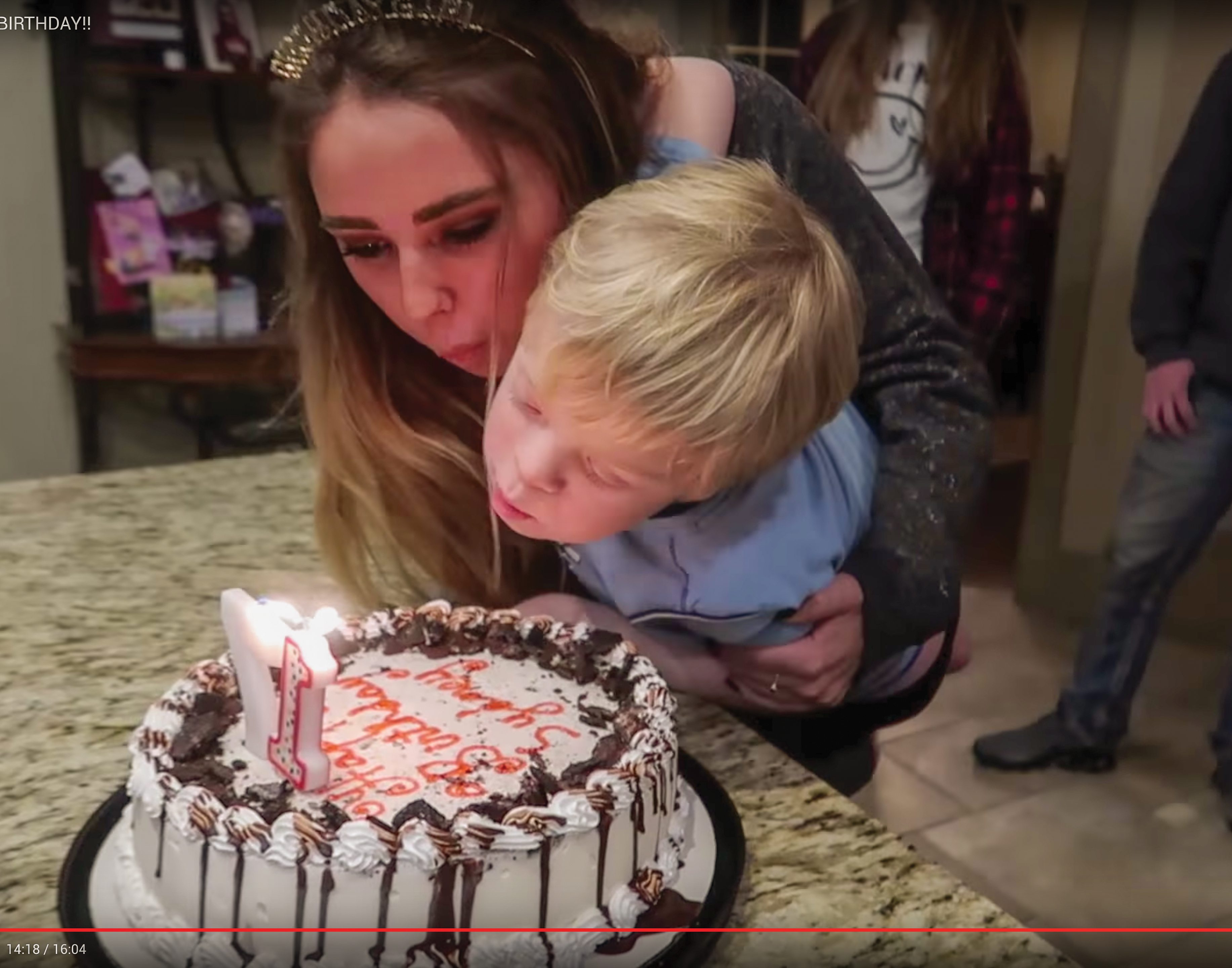 Not one to leave a moment of her life undocumented, McGee vlogged her 17th birthday party with family and friends. 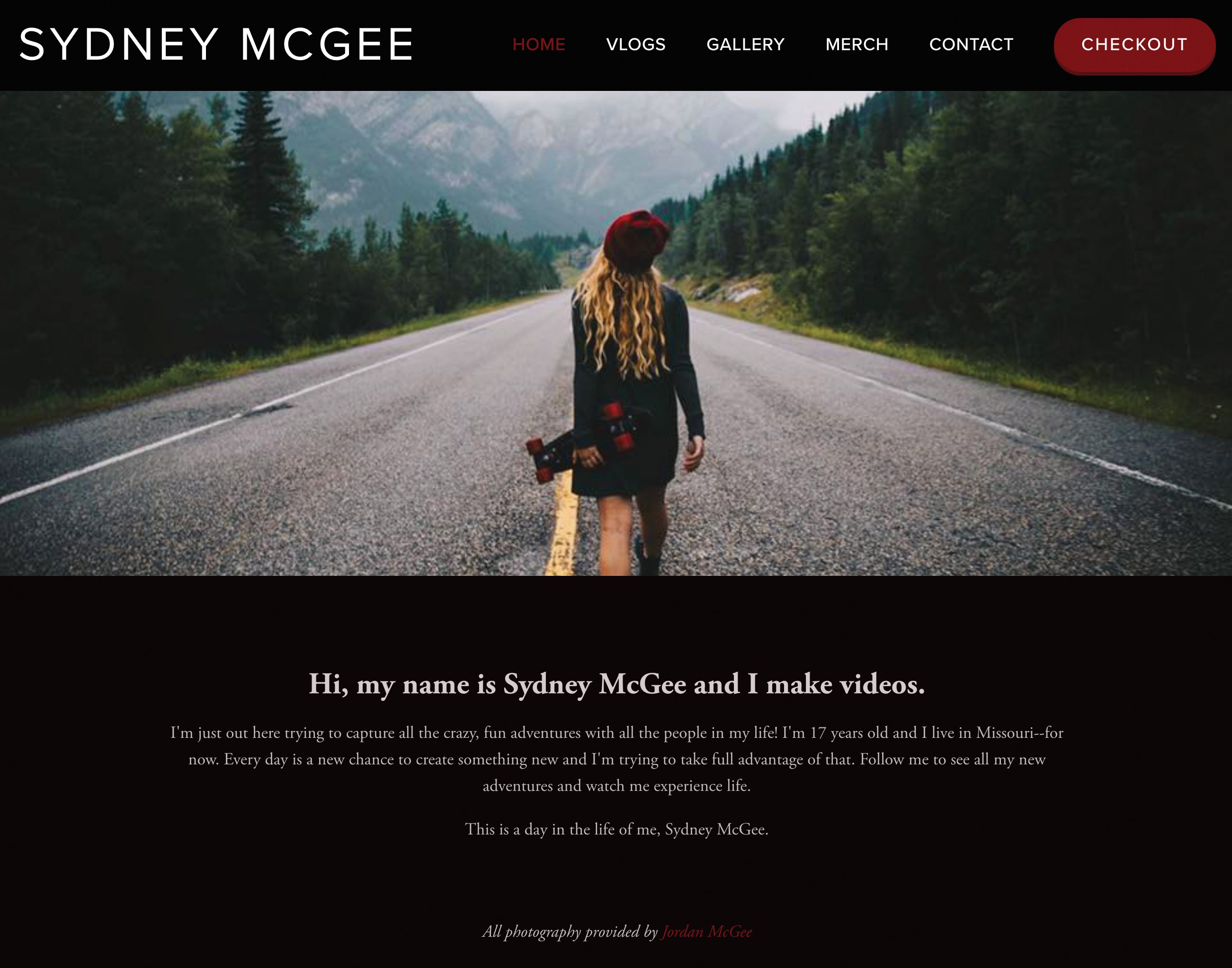 McGee has her own website where fans can purchase Sydney McGee swag.

417: What are your plans for the future?
S.M.: Over the past couple of months, I took it down from daily vlogging back down to three days a week instead, which was a big transition I never thought I would do while I was in high school. It kind of opened my horizon for what I want to do in the future. I know that I always want to make YouTube videos, but honestly I don’t know. I’m taking it kind of a day by day type of thing.

417: Are you looking to branch out into anything other than your YouTube channel?
S.M.: Yeah, actually. Eventually I think it’d be really cool to be an actor in movies. Having a YouTube base would really help with that.

Sydney McGee can be found at her YouTube channel by searching “Sydney McGee” on YouTube, where she posts videos three times a week. She is on Twitter @sydmcgee_ and on Instagram @sydmcgee. She wants to grow her reach this year and is looking into hiring a manager. She hopes to be at the 250,000-subscriber mark by the end of 2018.