Debbie Cantrell Has the Strength of a Lion

Leaving a past of domestic violence, Debbie Cantrell went on to discover strength she never knew she had. 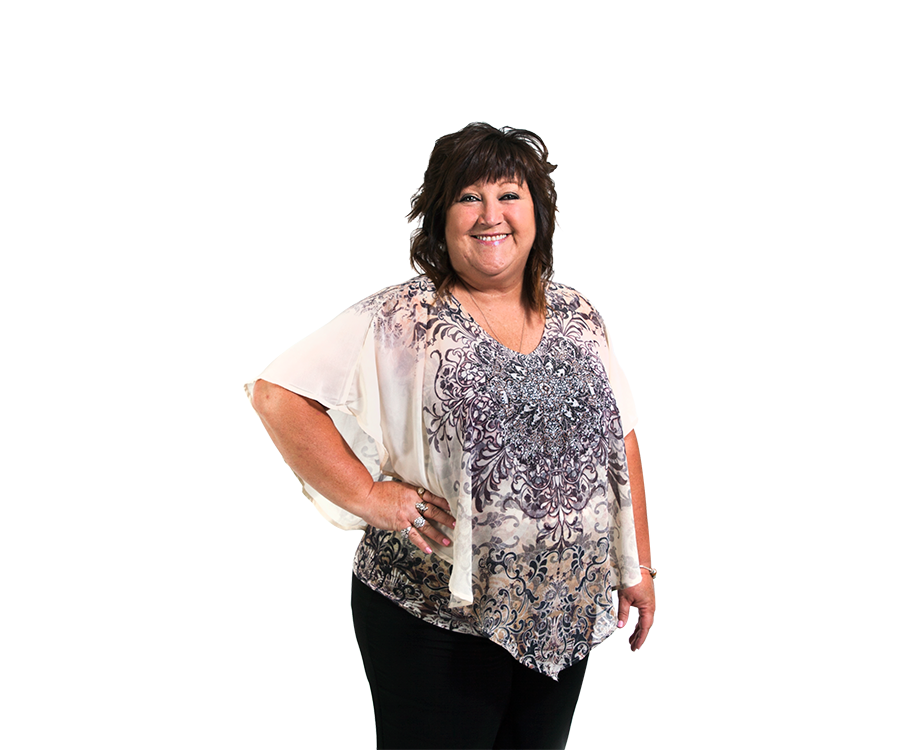 Join Debbie in her fight to prevent domestic violence.

You can donate to COPE and PAVE by visiting copeoflebanon.com. There you can also learn about volunteer opportunities including: housekeeping, yardwork, volunteering at fundraising events, clerical support, meal prep/donations, mentoring, job interview training and more.

Since leaving her abuser, Debbie has devoted her life to volunteer work. She has spent the last 10 years as a member of the Lions Club International (a global service club with more than 1.4 million members). Debbie’s endless volunteering landed her a seat at the White House after she helped turn $75,000 into $1 million of cleanup services when the Joplin tornado hit. She traveled to South Korea and spoke in front of the United Nations on gender equality. She has shared her own story of survival in front of thousands and even returned to the shelter that helped her start a new life so many years ago. This time, she wasn’t in need of help; she was coming back as a volunteer. Debbie served as president of the board of directors for COPE for two consecutive years and still serves on that board. Many years after finding the strength and courage to leave her abuser, Debbie Cantrell is sharing her story in hopes of inspiring others to find the same strength. We met up with Debbie to learn what inspired her to start volunteering and what it’s been like to travel the world doing good for others.

417 Magazine: How did you get started volunteering?

Debbie Cantrell: Several years ago I got help at COPE [a domestic violence shelter in Lebanon]. When I went to look for a service organization to volunteer for, I saw that the Lebanon Lions Club supported COPE. After volunteering for [the Lions] for several years, I got involved with COPE and ended up president of the board of directors for two consecutive years and still serve as a member of the board. It went full circle.

D.C.: It wasn’t easy. You have to make sure you are ready to face all of that every day.

417: What’s the response when you bring up domestic violence?

D.C.: People sweep it under the rug and don’t want to talk about it. But until we talk, we won’t be able to help people. One in four women in America will experience domestic violence. That’s staggering.

417: You’ve shared your story with thousands of people. What has the reaction been?

D.C.: I’ve never spoken and not had someone come up to me afterwards with a similar experience. At the U.N. I had at least 10 people come up to me after I spoke. One lady, she was hugging me and crying. She couldn’t tell me what she wanted to say because she didn’t have a translator right there, but I could tell she was empathizing with me. We didn’t need words to communicate.

417: When the Joplin tornado hit, you were district governor of Southern Missouri for Lions International and were able to turn $75,000 into $1 million of cleanup money. How did you manage this?

D.C.: All the Lions were looking to me for guidance. Part of me wanted to cower down and [I thought], “I can’t do anything; I’m just one girl.” Another part of me thought we can do anything we set our minds to, [so] we created a partnership with First Response Team of America. We [brought] in Lions from all over the country [even as far away as Pennsylvania] and would clear home sites for free. Our money was amplified and magnified thanks to that partnership.

417: Your work with the Lions was so impressive. You were honored as a Champion of Change by the White House.

D.C.: I was going through my email and it said, “You’ve received an invitation to the White House.” I thought, “This has got to be a joke,” but I opened it up and sure enough there were 11 that were invited, and I was one of them. It was surreal.

417: You even presented to the United Nations during its gender equality and women’s empowerment roundtable. Could you ever have imagined that happening?

D.C.: I think about who I was several years ago. I couldn’t get onstage and speak to thousands of people. I didn’t think I had anything to give back to society. I was so beaten down. But now, [I] feel like there’s nothing I can’t accomplish.

417: After all these years of volunteering and speaking out about domestic violence, how do you think communities can stop the abuse?

D.C.: Preventing it is the answer. We have PAVE [Preventing Abuse and Violence Every day] at COPE, and we go to the local schools. We talk about what healthy relationships look like and what bullying is. We’re trying to educate these kids earlier.

417: As a volunteer, you surround yourself with disaster and heartbreak. How do you stay positive?

D.C.: You have to have a balance. One Lion told me the story about the starfish on the beach. All these starfish washed up on shore, and a little boy picks them up and throws them back in the water. This older gentleman walks up and asks the boy why he’s doing that when the boy couldn’t possibly help all the starfish. The little boy picks up one starfish and tosses it back into the sea and says, “I helped that one.” That’s what you do. You help one starfish, and then you move on to the next starfish.

417: In what ways has volunteering changed your life?

D.C.: When I’m relieving some else’s pain, that’s when I feel the best.

417: What was your favorite part about talking about your experience in Joplin at the White House?

D.C.: The cool part was they put us on a panel and actually asked us questions about our experiences. They didn’t just hand us an award and say good job for volunteering.

417: When you go into schools to teach kids about domestic violence and bullying, what is their response? Do they grasp the subject?

D.C.: They are really responsive. They go through different scenarios of real life situations, and in the end one of the students won’t survive. That’s a big reality check.

417: What convinced you to start volunteering with the Lions?

D.C.: They made me feel like there was nothing I couldn’t accomplish. They have all kinds of training like public speaking and management. That’s what helped me come to the place where I could be president of the board of directors at COPE. The Lions taught me to live my life through my volunteer work.

417: When your volunteer work took you to Joplin, where did you stay? So much lodging had been destroyed.

D.C.: We were there for six to eight months. I think I made 60-some trips there from Lebanon. Some Lions opened their homes in Joplin; some brought in campers; some stayed at a Holiday Inn on Rangeline that wasn’t hit by the tornado. We just made it work.

417: Do you have a most memorable moment from all your time in Joplin?

D.C.: There was an elderly man, and [the temperature] was in the 90s. We were making hamburgers and drinks, and he had walked to the Lions Club building. I gave him a sack lunch, and he asked if could possibly have another. His wife and he were living in someone’s garage. He said all they had eaten is what they could eat out of a can for several days. He also asked for a ride back. He didn’t think he could walk back that far. He broke down and started crying when I turned the AC on in the car. He said wherever you go please tell the Lions this means everything to me and my wife. That broke my heart, but it also made my heart swell with pride for what we do with the Lions.

417: You also met your husband while volunteering in Joplin.

D.C.: I was single for 10 years and vowed never to remarry, but I met one guy and we volunteered together. We worked on some sites together in Joplin and ended up getting married. Now we both do Lions work. The tornado did a lot of damage, but there was a lot of good that’s come out of that. I saw people helping each other, and now I have this sweet man.

417: It’s really amazing when you stop and take stock of everything you’ve accomplished in the last several years. Did you ever imagine this could happen to you?

D.C.: You wonder why you live through such terrible things, but my life is so complete and so full between my volunteer work, and my grandkids, kids and husband. The least I can do is help someone else now.