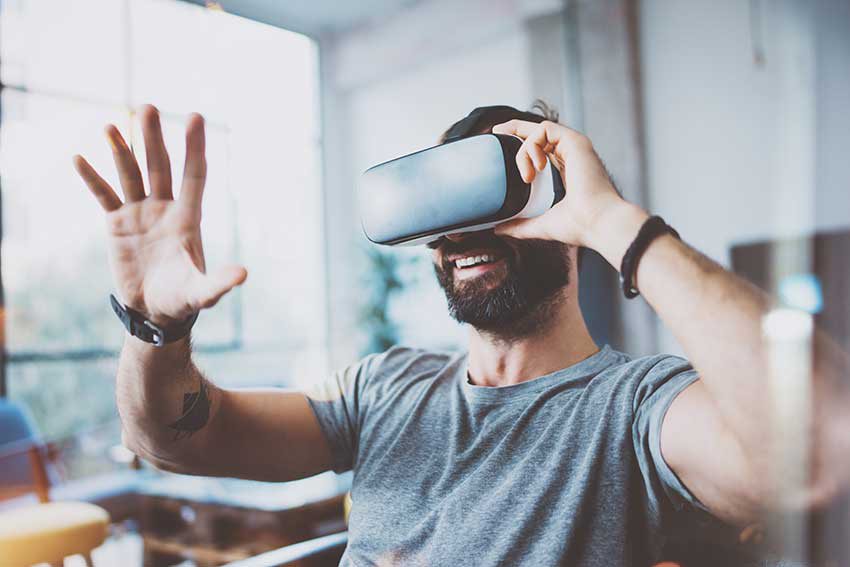 Perfect Shot has a range of VR games. Among the most popular on the HTC Vive system it uses are QuiVr—an archery game with a multiplayer option—and a World War II game. There are also lightsaber games, gun and rifle simulators and a VR hunting experience.

Perfect Shot has four VR-compatible rooms and is looking to add a fifth. Booths are set up with one headset per person per booth. What’s especially unique at Perfect Shot is players’ ability to toggle between games if one isn’t to their liking. That’s because players buy time instead of purchasing one particular game.

“People are amazed even if they’ve had VR on their phone or with their computer setups at home,” says store owner Rebecca Alderman. “This is several notches higher than that.”

Inside Andy B’s Restaurant and Entertainment are a dozen or so VR modules including Hologate, a multiplayer VR platform. Trevor Collins, director of marketing, describes the area, which can accommodate up to four people, as an open-air arena.

Participants have free range of motion, and  goggles are suspended from above and rotate 360 degrees. The most popular game is one that’s galactic-themed. Patrons either have controls or blasters, depending on the game. 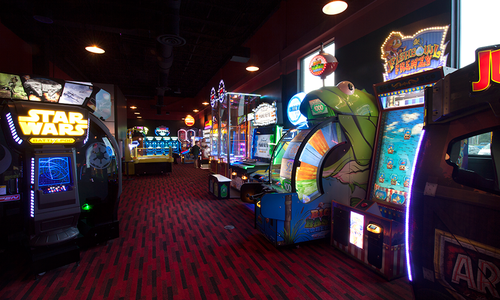 We know how you feel during winter, parents. You can’t watch any more Pixar DVDs without losing it, and you’ve scraped your last chunk of... 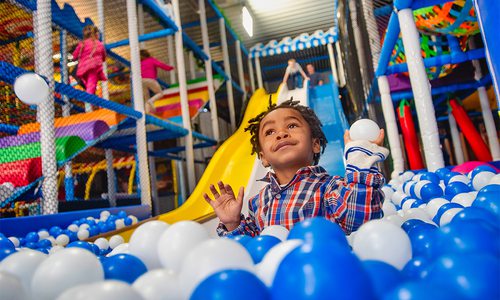 5 Best Indoor Activities for the Kids

When boredom rises to its tipping point, take the kids to spend a day at a local indoor playground—where even rainy weather won’t keep them...