On this page, we introduce you to one of the people who make 417 Magazine happen. This month, meet the editor of Biz 417, Adrienne Donica. 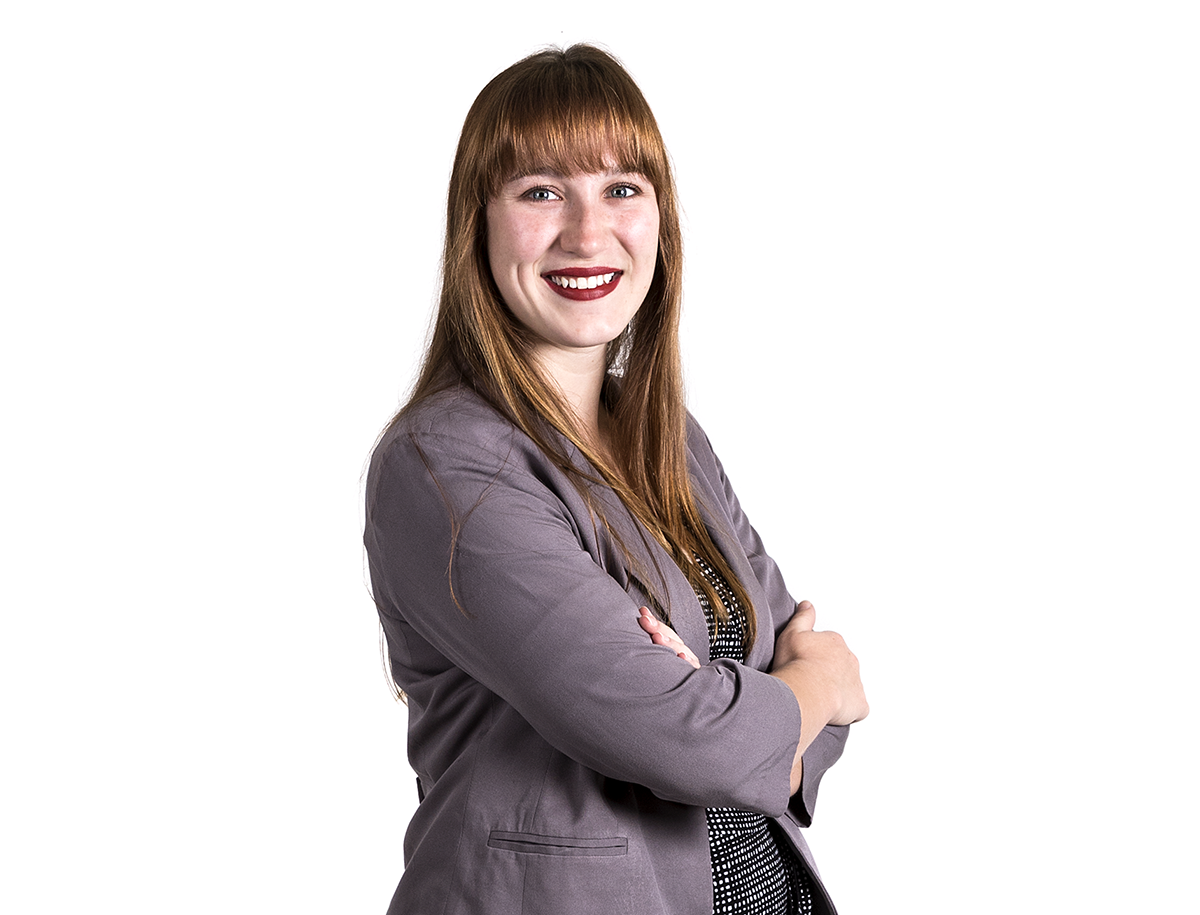 Describe what you do at work day to day.
I try to spend as much time as I can outside of the office at networking events meeting people and keeping a pulse on 417-land’s business scene. That helps as I plan what articles and feature stories appear in upcoming issues of Biz 417. Then, I get to work with writers to see the articles come to life and even write some of my own for all the 417 publications.

Describe something you worked on recently or are working on right now that you’re proud of.
Biz 100 in the November/December issue of Biz 417 was definitely a labor of love. Coordinating with that many people to write and edit 100 profiles required all hands on deck.

What’s your favorite thing you’ve ever had to do for this job?
I love interviewing people that are going to appear in our magazines. One particular interview that was a lot of fun was when I visited Edgewood Creamery for an article in the November issue of 417. I got a tour of the facilities and the farm. Another thing that comes to mind was attending Good Morning, Springfield! at Springfield Underground. That place is absolutely massive.

What’s your favorite thing to do here in 417-land?
I always thought it would be years before I lived so close to a lake. Turns out I was wrong!

What is your favorite piece of magazine lingo that we use?
Stet. This little word comes in handy a lot as an editor. It’s a quick, easy way to communicate that a change shouldn’t be made for whatever reason, or it’s used when you’ve accidentally changed something you realized should stay how it is.

What celebrity would you most like to have coffee and conversation with? Why?
Probably Geena Davis. I find the work that she’s doing to fund research on gender and the media to be really fascinating.

Do you have a nickname in the 417 Magazine office?
My co-workers are still testing stuff out, but AD seems to be the winner.

What do you do in your free time?
I like to run and have actually completed a few half-marathons. This summer I also started a podcast called Tiny Circles with a friend from college. We like to have the kind of off-the-wall conversations you would have with your friends late at night. And on the weekends, I love to cook and bake really good food.

What would you do if you won $10 million?
I would take a year off of work and travel. Visiting all 50 states is one of my bucket list items. I’ve already been to more than half, but I’d hit the places I haven’t been then go to various places around the world. Once I got back, I would create a charitable organization to help create a more equitable society.

What is your Facebook status right now?
It’s about the latest episode of my podcast, of course! Typically I share updates about my podcast or about articles I’ve written or edited.

What would your co-workers say is your most distinguishing feature at work?
Just recently they have been commenting on what a soothing voice I have. Hopefully I don’t put people to sleep when I interview them over the phone or when they listen to my podcast!

What restaurant do you wish was located in 417-land?
It’s not a restaurant, but I would do almost anything to have a Graeter’s Ice Cream here. Forget Cincinnati chili, this is what my hometown should be known for.

What talent would you most like to have?
So many things! I would love to play an instrument really well—either a piano (which I played for a few years growing up), acoustic guitar or the drums. This might not be a traditional talent, but I would love to be amazing at pottery and make all my dishware. Also, I would love to be able to sew all my own clothes.

What is your favorite thing about working at 417 Magazine?
The people, and all the food we get to sample.

What superpower do you wish you had?
Teleportation. It’s a win-win because I would waste less time traveling, and it would be better for the environment.