Waffles for the Win

The Waffle Company is serving up several versions of chicken and waffles, and you can find your favorite at the Springfield Mobile Food Park. 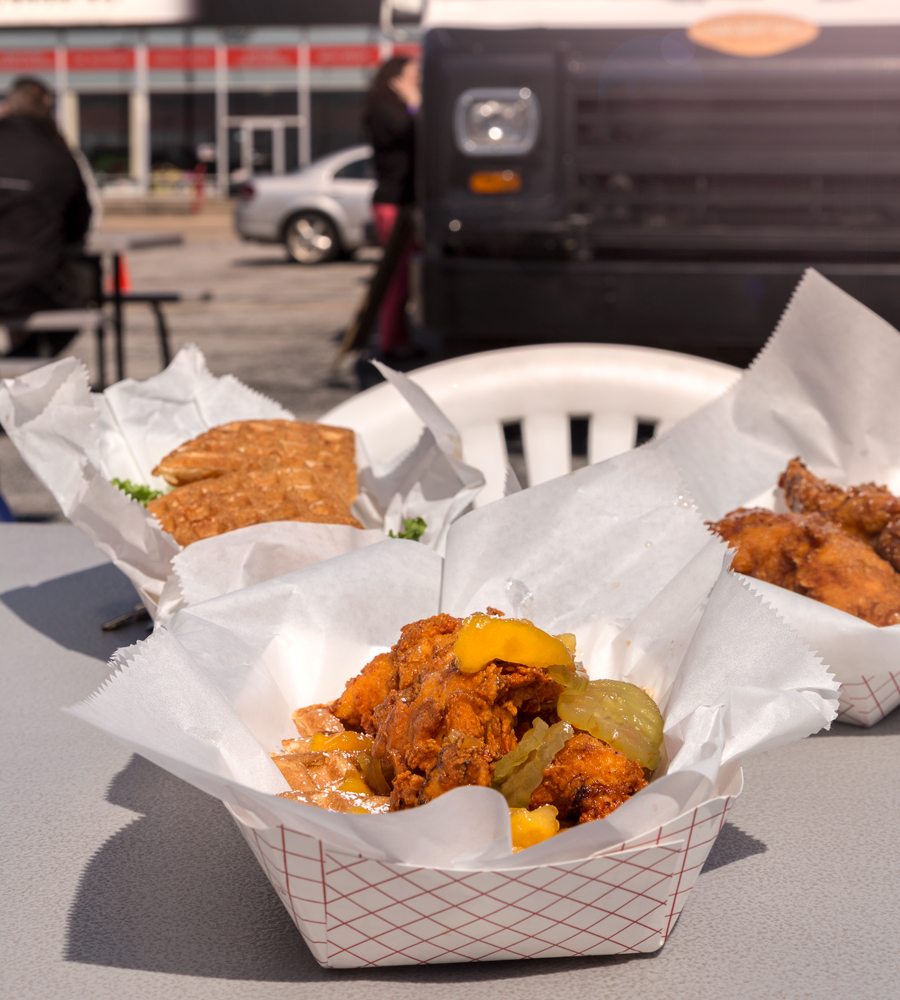 Order the classic Chicken and Waffles or add a little heat with Nashville Chicken and Spicy Club Sliders.

I might be Springfield Mobile Food Park’s biggest fan. I love the fact that driving to one parking lot gives me access to multiple dining destinations. I love that I can get fresh, quality, to-go food from locally owned businesses. And I absolutely love that if it’s a sunny, fair weather day, I can snag a table in the parking lot and give my typically office-bound body a dose of vitamin D along with my lunch.

A few weeks ago I learned about The Waffle Company, one of the latest food trucks to set up shop in my favorite Springfield lot. I checked out the company’s social media and learned that the truck was opened by Michael Easley, the same culinary pro who opened the Twisted Mike’s food truck in September 2015. Twisted Mike’s serves up everything you could want in food truck fare—the portions are more than generous, the menu is filled with unexpected items and almost everything served is made from scratch. I knew if The Waffle Company was anything like Twisted Mike’s, Springfield was in for a treat. 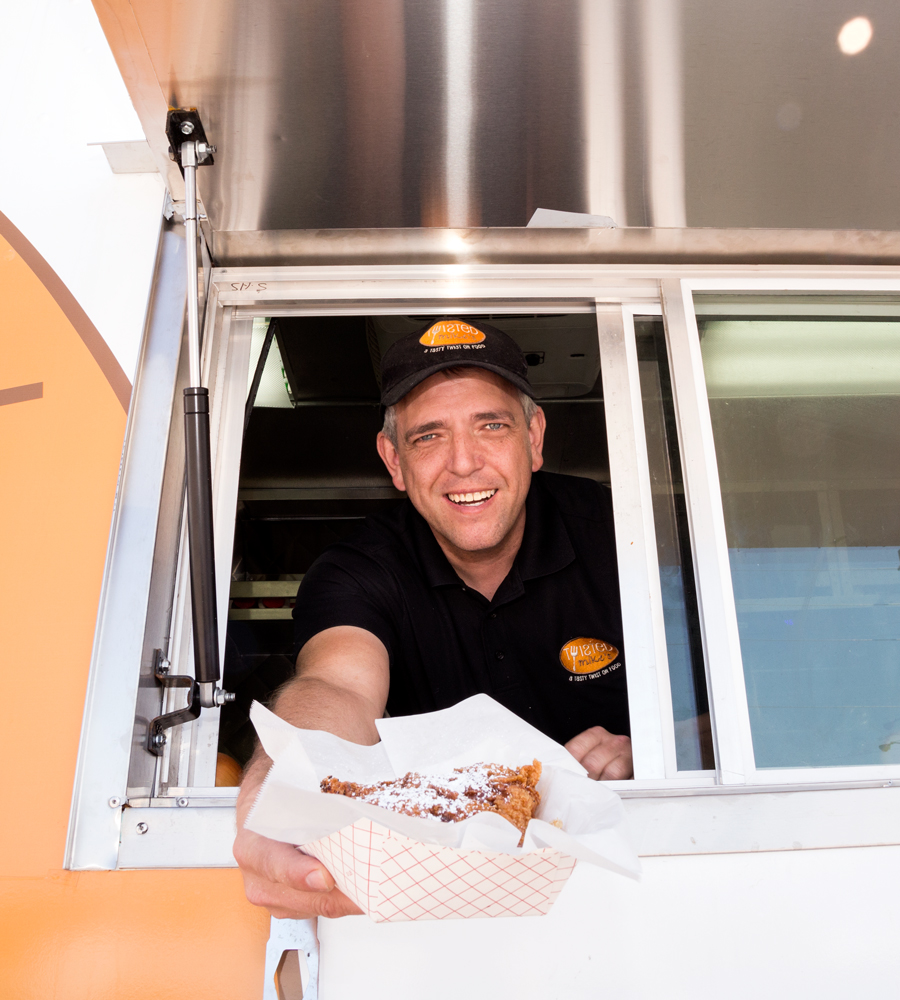 Before opening The Waffle Company, owner Michael Easley began with Twisted Mike’s in 2015.

On a quest to learn if we could be so lucky, I grabbed co-worker Claire Porter and friend Lillian Stone and hit up the truck on a recent Friday lunch hour. We spent several minutes deciding who would get what (a rather humorous fact considering the menu had about seven items total). There were several dishes that included takes on chicken and waffles (sweet, savory, spicy), and there were also waffle sandwiches made with ham and cheese and even a Cuban waffle. Then we decided that life is too short to limit ourselves to one entree each—we’d order three things and share them all! Minutes later we were handed three Styrofoam boxes that held several tasty treasures: classic chicken and waffles, Nashville chicken and waffles and the Spicy Club Sliders.

The waffles here are all made from scratch from a buttermilk waffle recipe, and the batter is whipped to a stiff meringue to ensure a creation that’s fluffy and light on the inside yet crispy on the outside when eaten fresh. Take note on that: if possible, eat these waffles fresh for maximum enjoyment. The chicken is also best eaten as soon as it’s delivered to you—it’s made from a southern-inspired recipe in which breast-meat chicken marinates in a buttermilk mixture for a minimum of 24 hours before being coated in a homemade flour-spice blend, dredged in more buttermilk and fried until golden brown.

The classic chicken and waffles dish included a homemade waffle topped with a couple of crispy chicken strips, a house-made cinnamon-buttermilk syrup and a dusting of powdered sugar. It’s a simple combination that pairs some well-crafted savory flavors with just a hint of sweetness. It was Lillian’s favorite of our three entrees—she particularly loved how the crispy chicken absorbed a lot of that cinnamon-rich syrup. Sweet strips for the win!

I went back for seconds of the Nashville chicken and waffles, which is made by tossing those same crispy strips in a Nashville hot sauce and then topping them with a generous ladle of a homemade peach syrup and a few sweet and spicy Float Trip Pickles. This entree had a whole lot going on with each bite—the chicken’s spice hit my tongue first, then the chunky-sweet peach syrup, which was actually more of a compote, helped cool it down. I loved the sweet and spicy combo. The pickles added a tang, and the waffle base swallowed up even more of that yummy syrup and added a much-appreciated texture.

I was also a big fan of the Spicy Club Sliders, which were Claire’s favorite. To make these hand-held wonders, they cut a waffle into four wedges and then pile a couple of them up with more of that chicken, an American-Swiss cheese, crispy bacon, lettuce, tomato, onion and ranch dressing. It’s like a BLT gone wild and with waffle as bread. Honestly, people, how can you go wrong with waffle bread? After I picked out and ate every last crumble of that fried chicken coating from those Styrofoam boxes, I sat there wondering what I was going to try on my next visit. Mike—you’ve done it again. This place is every bit as delicious as Twisted Mike’s, and I now have yet another tempting option when I visit the food truck park.