The Good Sense of Gratitude Journaling

Keeping track of thankfulness is bringing greater happiness to some Springfieldians, and as studies show connections between gratitude and health, now is a great time to start journaling for yourself. 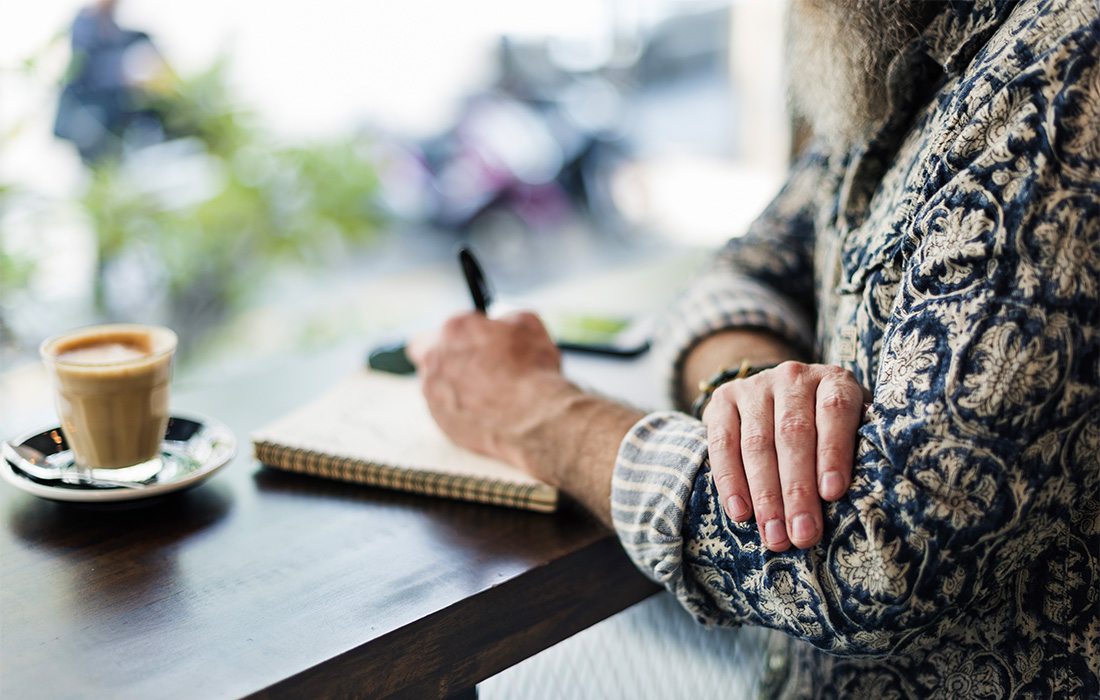 Photo courtesy ShutterstockTaking a moment to stop and appreciate the small things has been linked to improved mood and health, and some southwest Missouri experts can help you start your own gratitude journal.

Jeff Schrag has been keeping a gratitude journal for more than a decade now. The Springfield entrepreneur’s inspiration? The 2004 docudrama What the Bleep Do We Know?!—a philosophical take on quantum physics. For Schrag—The Daily Events and Mother’s Brewing Co. owner—the film inspired a life change. With credits rolling, Schrag started the habit of almost daily journaling. On unlined pages, with a simple No. 2 pencil, the 51-year-old Schrag records his gratitude: For success, for good food and drink, “for friendship and fellowship. Sometimes I’ll go through every person I work with—I try to do that—and say I’m grateful for them.” The result, Schrag says, has been “an abundance mentality.”

Psychological studies show Schrag might be on to something. Gratitude is connected to health, says LaDonna Greiner, a motivational speaker, author and workshop facilitator in Springfield. Author of the guidebook 21 Reasons to Say Thank You, Greiner coaches others in the art of expressing gratitude, specifically through writing thank you notes.

An attitude of gratitude can result in lower blood pressure and fewer stress-related illnesses, Greiner says, referring to research compiled at the Greater Good Science Center of the University of California.

According to Greiner, practicing gratitude can help you live longer and have more “social capital,” “They’re more likable. They’re more collaborative and easier to get along with on the job. They make 7 percent more than their counterparts who are either ungrateful or have a negative attitude,” she says.

Although Greiner often says thank you in notes, she also journals. So does CoxHealth psychologist Brenda Williams, Ph.D., who helps rehabilitate stroke and traumatic injury victims. Journaling in general can ease anxiety and depression because it provides “a way to get a little distance from the thoughts that go around and around in one’s head,” Williams says. “You’re able then to actually give yourself some feedback,” she explains. “How does that look now that I’ve actually put that on paper? Is that something that’s actually consistent with the world as it is? It’s a way to question some of your thoughts.” Once any “yammering negativity” is on paper, she says, “it’s an opportunity for goal-setting. ‘Yes, this is the way it is right now, but is this the way I want to continue?’”

Gratitude journaling in particular “doesn’t mean we’re trying to put on rosy glasses for everything,” Williams adds, nor does it have to mean making lists every day. It means slowing down, taking notice and making connections, then logging them. “There’s value in taking enough time so that you’re not just rushing from one thing to the next, so that you can actually observe something,” she says.

“Perhaps use some mindfulness strategies and say, ‘As I’m walking into the office today or I’m walking my dog later, what is it I’m paying attention to?’” she says. “As you practice attentiveness, that allows you to savor and be more grateful.” Pay attention to “what’s new or unusual, something you hadn’t expected, something that seems like a serendipity—those kind of savoring events,” Williams says.

For Williams, one such moment—a “sweet little extra” as she calls them—was the early fall surprise of seeing hummingbirds rest on flowers on her front porch. She wrote of how the birds reminded her of a loved one.

Whether you write, draw or journal through photographs in a cheap composition notebook or a beautifully bound journal doesn’t matter, she says. “It’s just whatever works.”

Gratitude journaling has worked for Schrag, who remembers when he was “more likely to be pessimistic.” “I do think I’m a happier person,” he says. “I do think I’m able to focus on the good that’s around me.”