The History Museum in Downtown Springfield gets an Upgrade

The History Museum on the Square starts a new chapter as it unveils its new 18,000-square-foot location, which features seven galleries, including six permanent exhibits and one state-of-the-art gallery for special events and traveling exhibits. 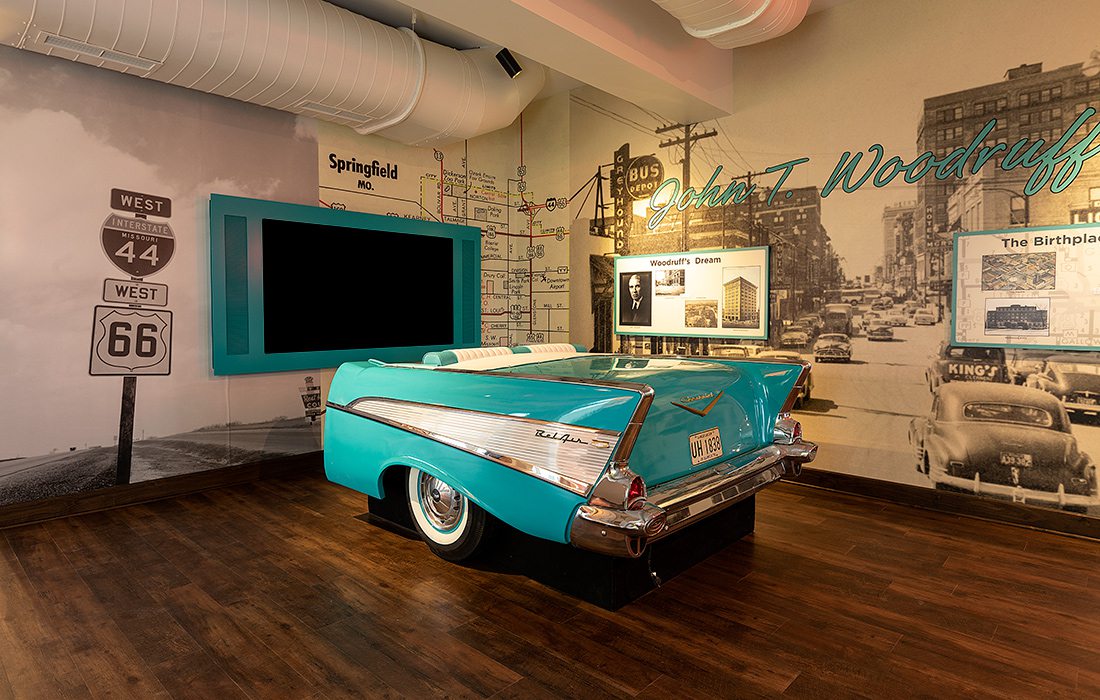 Photo by Brandon AlmsThe museum's Route 66 display has been its most popular exhibit. Purchase Photo

Since first opening its doors back in 1976, The History Museum on the Square (417-831-1976; 154 Park Central Square) has had a few homes around Springfield, including a space in the Old City Hall building. The space had room for several small galleries, and dreams of a larger regional museum were only for the far-off future. Back in 2000, Mary McQueary and John Sellars were volunteers doing what they could to help the museum’s mission. They fell in love with the tales of historic Springfield and did their part to make each story known and appreciated by every guest who walked through the door. Their vision for and dedication to the museum, along with their desire to preserve the history of the region, drove them to help build a regional, historical masterpiece.

Their time spent as volunteers moved them up the ranks at the museum: Sellars became executive director in 2005, and McQueary became president of the board in 2007. The two helped execute a $12 million project including renovating two historic 100-year-old buildings and adding interactive elements for the eight brand-new exhibits.

Ten years after the project officially began, the goal is nearly realized. The reimagined museum is no longer a thing of wishful thinking but a nearly completed solid historical masterpiece sitting on Park Central Square, just a few doors down from its current location at the historic Fox Theatre. While the opening date hasn’t been announced, the new building encompasses a welcome center, six permanent galleries and one state-of-the-art gallery that can accommodate traveling exhibits and special events.

Native Crossroads at the Spring

Since the original museum first opened, staff has been acquiring tons of artifacts. That’s good news for the museum’s collection but bad news for the current temporary space. The current museum only had capacity for one rotating exhibit, which currently showcases a Route 66 display. All other artifacts have had to be stored. With the opening of the new location, the organization can haul things out of storage and feature more content, including a collection dedicated to Native Americans.

“There will be a lot of information about the different tribes that passed through here and how they impacted this area,” Sellars says. “It will be about their lifestyle and how they lived. Most of them were forcibly relocated, and it tells a lot about how that interaction and dislocation from their homeland got them here. It also talks about the Trail of Tears and how it came through here on the way to Oklahoma.”

The exhibit includes artifacts from local tribes, a video and animal tracks embedded in the floor. The museum is also a stop on the National Park Service’s Trail of Tears Passport Program. 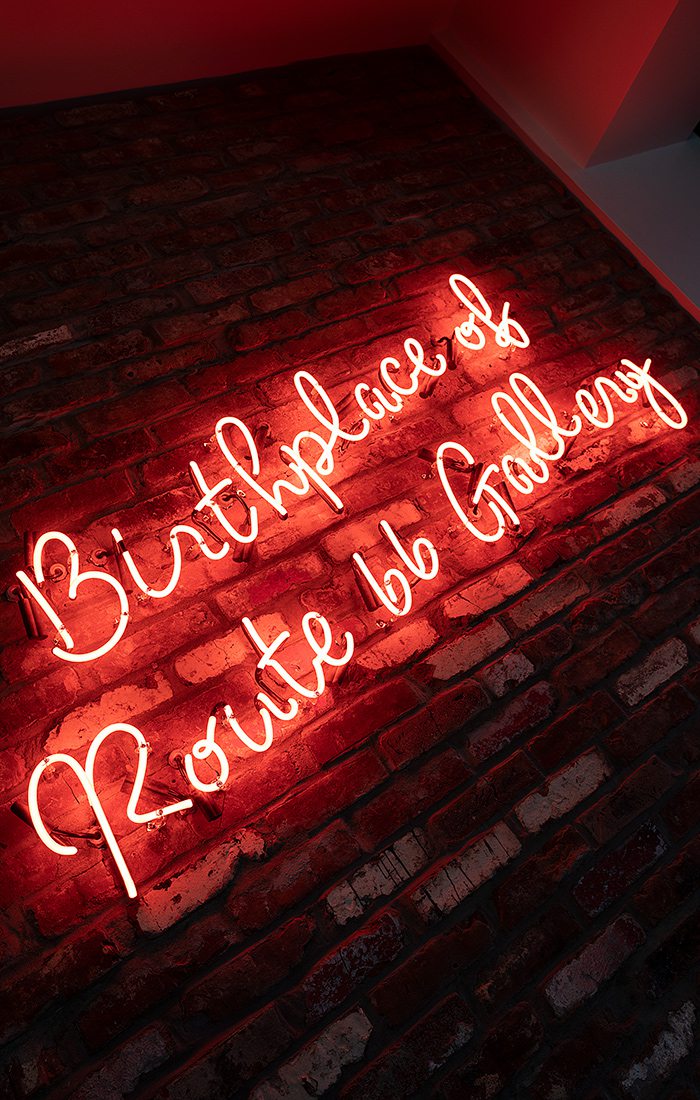 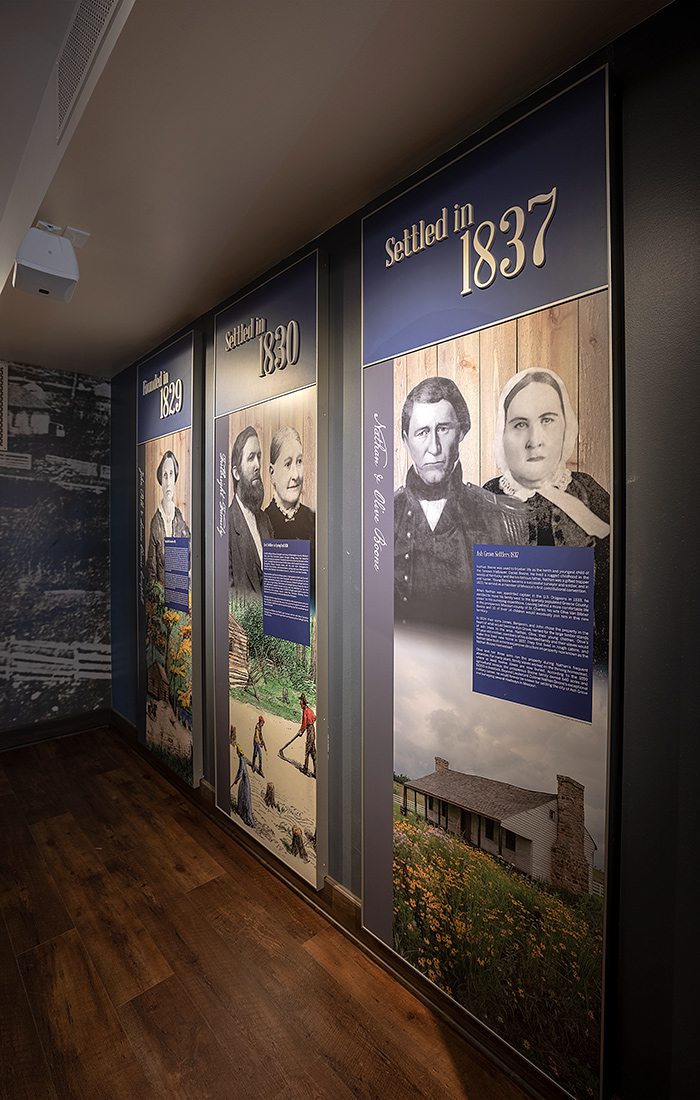 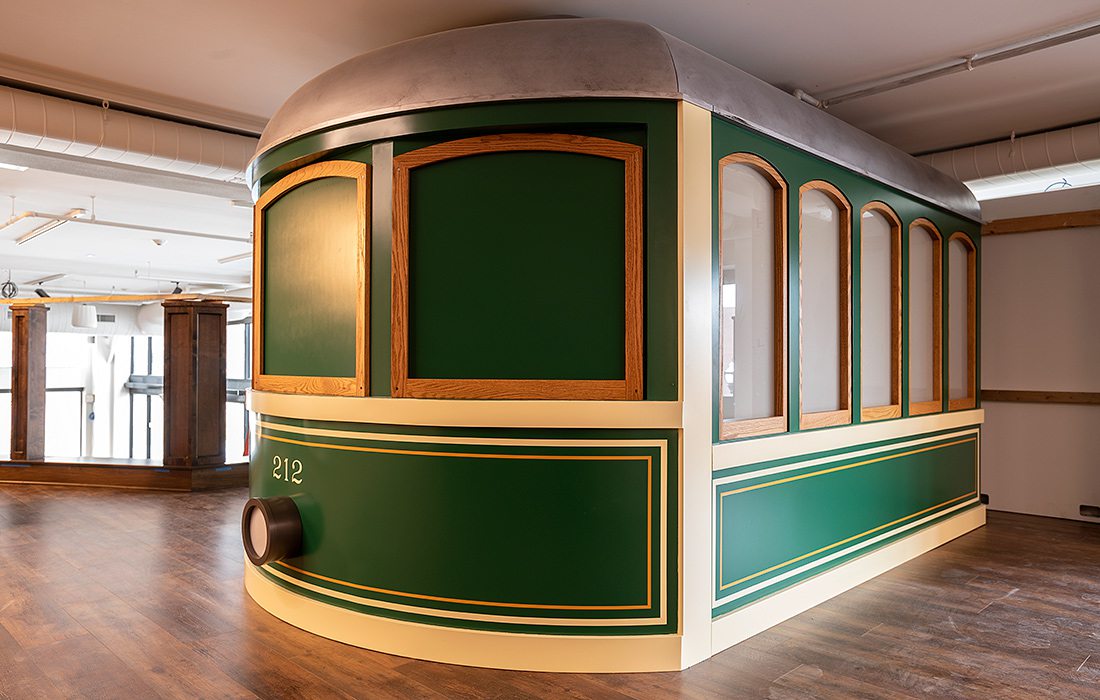 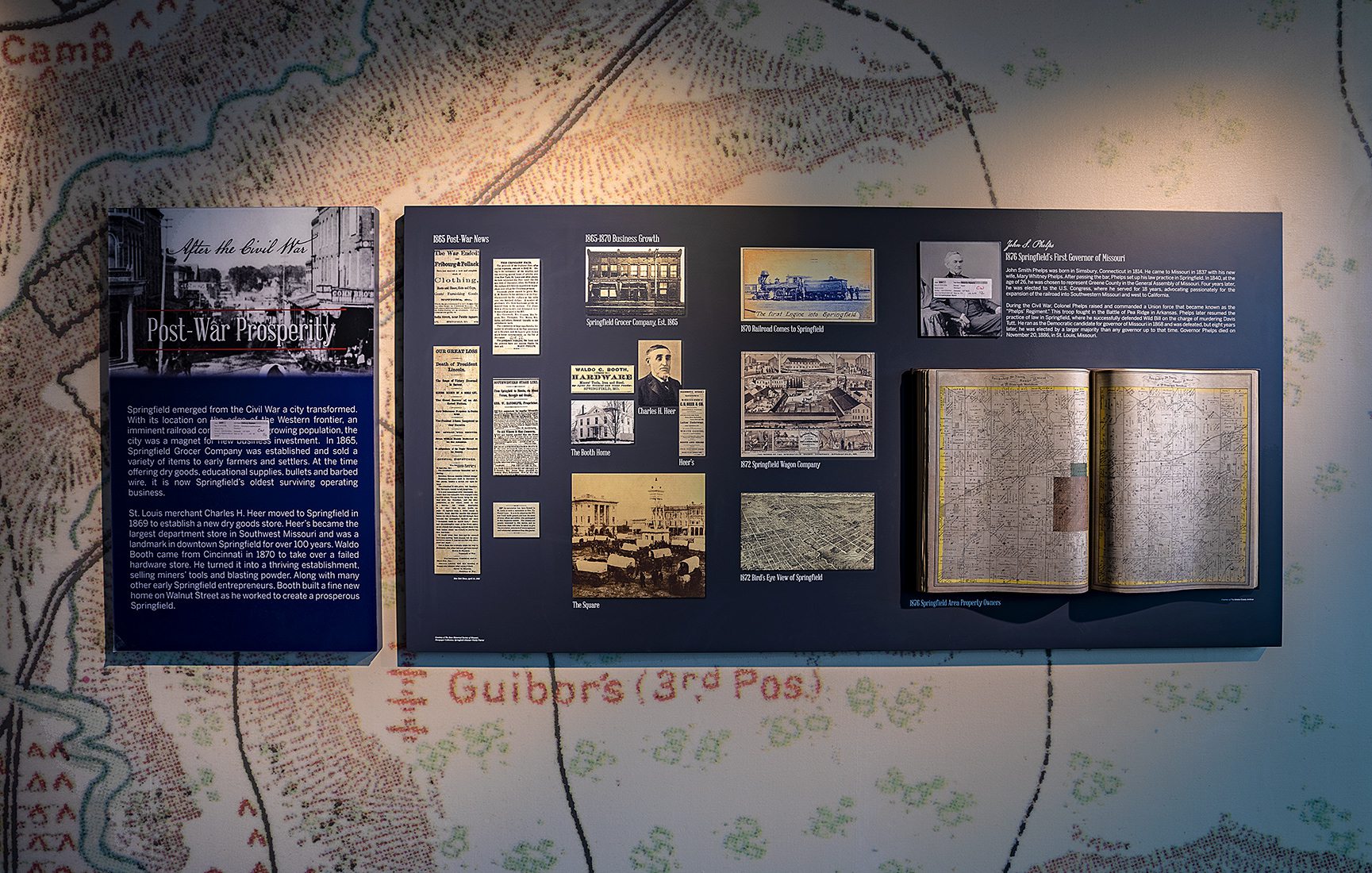 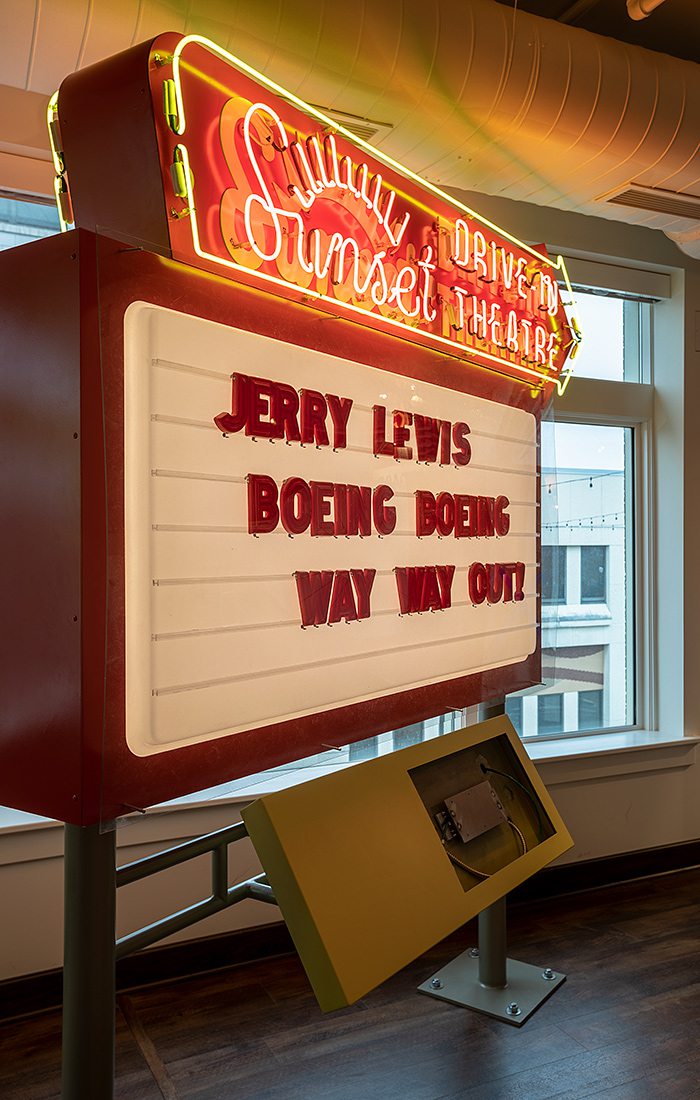 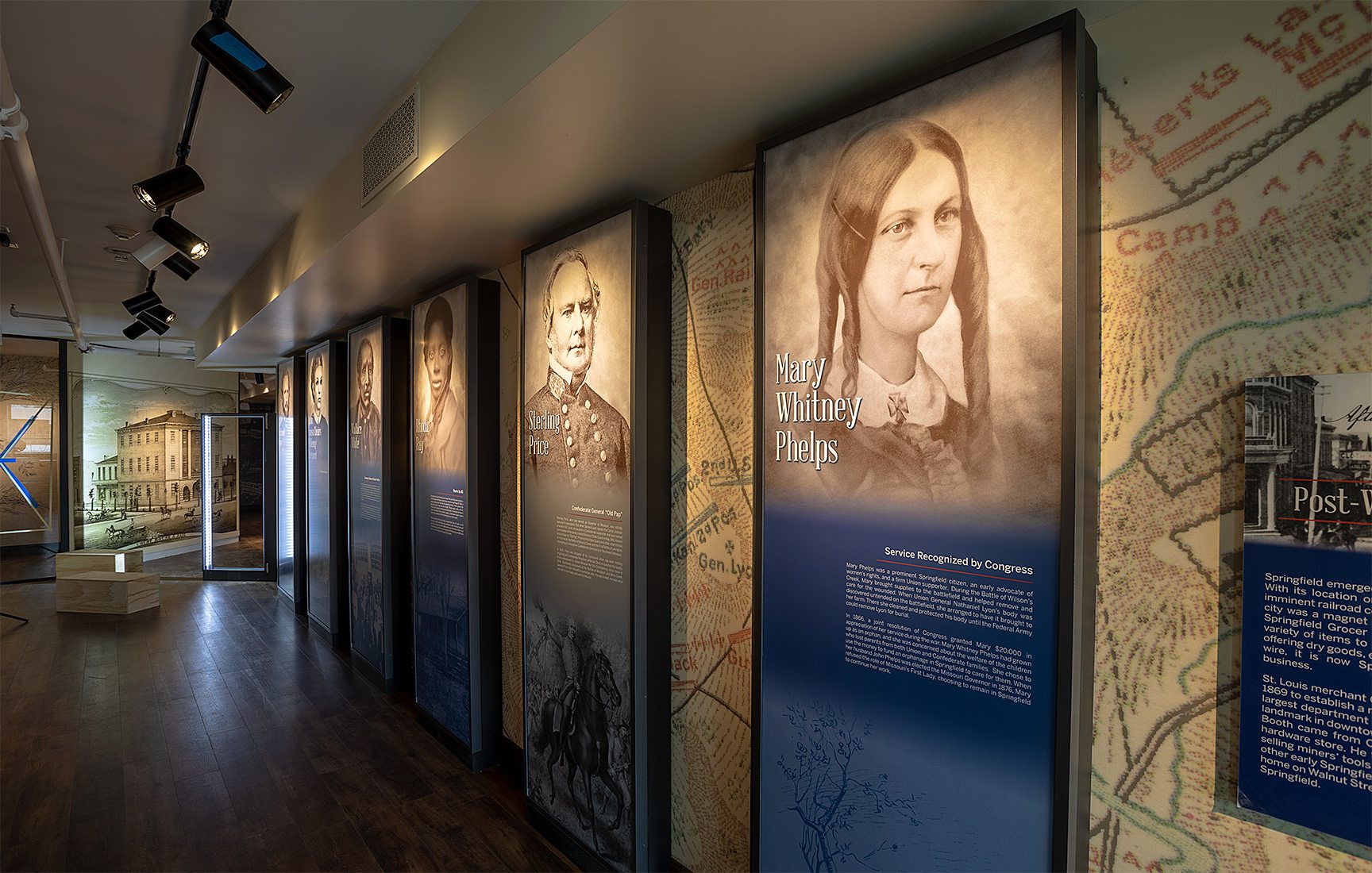 Photos by Brandon AlmsInformation can be found about various settlers that travelled to Springfield, MO. Purchase Photo

Although built to pique children’s curiosity, this section of the museum is likely to be a favorite among all audiences. An elevator that can hold up to 22 people delivers guests to this gallery. Upon arrival, the first thing visitors spot is a gigantic Frisco train seemingly coming out of the wall on one side and a replica of a trolley car that doubles as a time machine on the other side of the gallery.

Those who head into the train step inside and participate in a simulation where they get to drive the locomotive and take part in educational video games about transportation. Video footage from the simulation was recorded at Wilson’s Creek National Battlefield and includes footage of land untouched by technology.

Pioneers and Founders at the Crossroads

This gallery is exclusively dedicated to showcasing Springfield founders. The Pioneer Theater shows what life was like in the late 1800s and depicts which local businesses got their start in Springfield and how they developed over time. Krista Adams, the director of development, says the museum strives to enlist contractors within southwest Missouri to help support the local economy but also experts in the museum field, including Boston-based Richard Lewis Media Group and Virginia-based Explus. Both worked to develop the interactive elements and exhibits, which are assembled out-of-state before they’re shipped to Springfield.

The Civil War in Springfield

As the home of three different battles, Springfield has its own historical wounds and this section of the museum is dedicated to telling those stories. The History Museum on the Square has a close relationship with Wilson’s Creek National Battlefield, and together the two worked to articulate what life was like during Springfield’s early days. Different videos and interactive displays are included in this gallery.

The storied shootout between Wild Bill Hickok and Davis Tutt in July of 1865 on Park Central Square is a crucial event in Springfield’s history, so naturally it has its own gallery at the museum. The exhibit is dedicated to Hickok’s early life and influences, the shootout, the ensuing court case, the media coverage and the legend that grew from the shootout. It includes “an immersive shooting chamber that allows the user to experience the Wild Bill Hickok and Davis Tutt shootout,” according to a museum press release. Those who choose to participate in the simulation get to use a replica of the gun Hickok used against Tutt.

As the only current exhibit at the museum, the gallery dedicated to Route 66 is already popular. Even before the completion of the new museum, visitors from more than 35 countries have stopped in to learn about arguably the most popular road in the United States.

The most notable interactive element is a 66-foot long timeline of the iconic Mother Road. Adams says there are also replica neon signs with electronic interactives that take people back in time through historic Springfield.

HOURS
Monday – Saturday: 10:30 am to 4:30 pm
Sunday: Closed
ADMISSION
Adults: $5
Children (3 – 12): $3
Members: FREE
PARKING
There a several free parking options in walking distance from the Fox Theatre.
The closest free parking option is located at the corner of Olive St. and Boonville Ave.