Jeremy popped the question a week after Sophie’s birthday while they were visiting Crystal Bridges Museum of American Art in Bentonville, Arkansas. 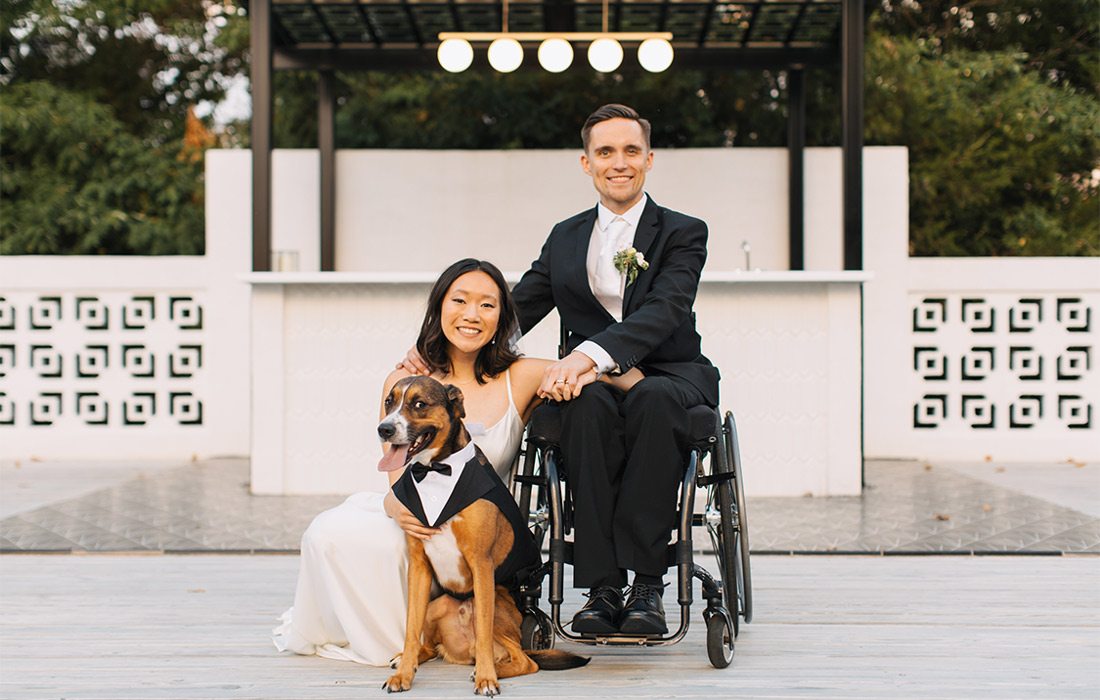 Photo by Andrew Edwards PhotographySophie and Jeremy’s dog, Spaghetti, was there for them on their big day. They both agree the wedding would not have been the same without him there.

When Jeremy invited Sophie to a concert that his friends were supposed to join them at, no one except Jeremy and Sophie showed up. At the end of the evening, they both agreed that the night had been more fun than they had expected, and a first date was planned. When their second solo hang session went smoothly, the couple officially started dating.

Jeremy popped the question a week after Sophie’s birthday while they were visiting Crystal Bridges Museum of American Art in Bentonville, Arkansas. Jeremy placed roses around the Love statue along the trail outside the museum. “He picked up a rose, and I told him to put it back immediately because I thought it was part of the exhibition,” Sophie says. When he spun her around to ask her to marry him, Sophie was taken by surprise.

One of the things the couple prioritized the most while planning their wedding was the choice of venue. They wanted something that was beautiful but was also accessible. Greenhouse Two Rivers was nothing short of perfect for the couple. The natural beauty of the venue paired well with their love of nature and the colors they wanted to incorporate into their big day.

“Before we knew it, we were walking back down the aisle and we’d been married,” Sophie says. After the ceremony, the newlyweds were able to sit down with each other and relax over a meal. The moment of rest was a direct contrast to the busyness of the day. To add to the intimacy of the event, the reception concluded with a private last dance between the couple.

Spending the moment together alone made them really feel like husband and wife. “We just got to hold each other and kind of soak in the day,” Sophie says. 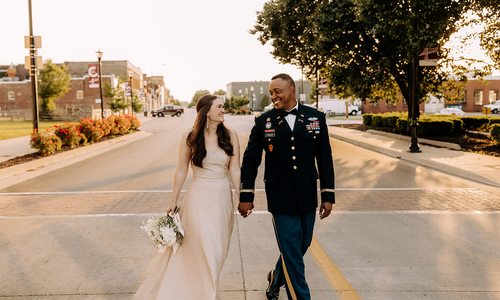 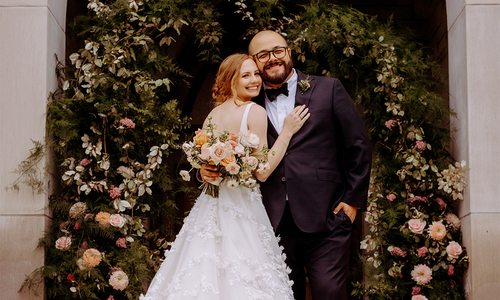