Pear season in Missouri is late summer through fall, and chef Craig von Foerster at Harvest has a brown butter riesling poached kieffer pear tart recipe that will have your guests asking for seconds and have you feeling like a pro in the kitchen. 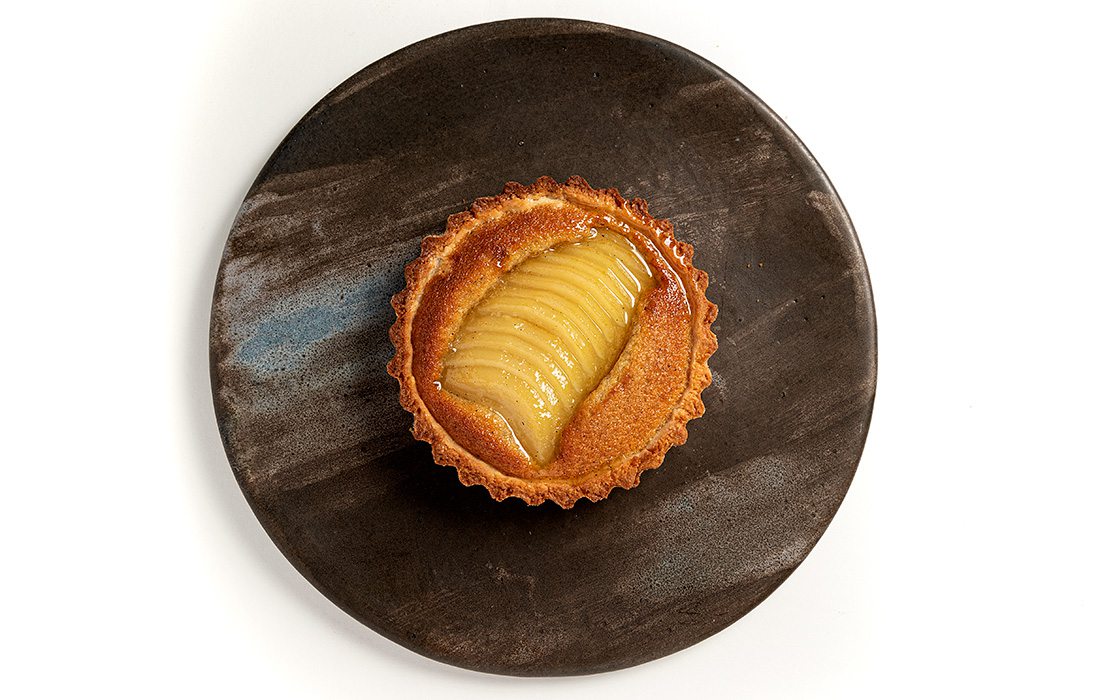 To Prepare
Place the wine, sugar and spices in a 2-quart pot. Bring to a boil and reduce heat to a simmer for 5 minutes. While the sugar is cooking down, peel and core the pears. Add the pears to the cooking liquid and simmer for 10 to 15 minutes or until the pears are easily pierced with a paring knife. Strain ½ the liquid into a small pot. Set aside the rest of the pears and liquid, and reduce the liquid in the pot to a syrupy consistency. Cool pears in the cooking liquid. Meanwhile, heat oven to 350°F. Press enough sable dough into tart tin to cover the bottom and sides of the tin: fill with 3 tablespoons of brown butter batter and half of a pear thinly sliced. Fan the sliced pear over the top of the batter. Bake for 15 minutes. Glaze the top with the reduced sugar and wine mixture.

To Prepare
Cream together the butter and sugar in a stand mixer fitted with a paddle attachment. Add the almond flour and vanilla. Mix until well incorporated. Scrape down the sides of the bowl, add 1 egg. Mix until combined. Add 1 cup and mix to combine. Add remaining egg and flour and mix until dough just comes together. Do not over mix. Turn dough out onto a floured surface and form a ball. Wrap in plastic and chill for at least an hour. Once you’re ready to form the tarts, let the sable dough rest out of the fridge for 30 minutes to soften. On a well-floured surface, roll the dough to ⅛ inch thickness. Grease tart pans and cut the dough in rounds slightly larger than the mold. Pinch in the tart pan. Set aside to fill with brown butter batter and pears.