Three 417-land couples have nurtured their love for decades and stayed together through thick and thin, and now they’re sharing their advice for a marriage that lasts a lifetime.

By Claire Porter | Photos by Brandon Alms, courtesy the Hortons, the Tweedles, the Senns, Shutterstock 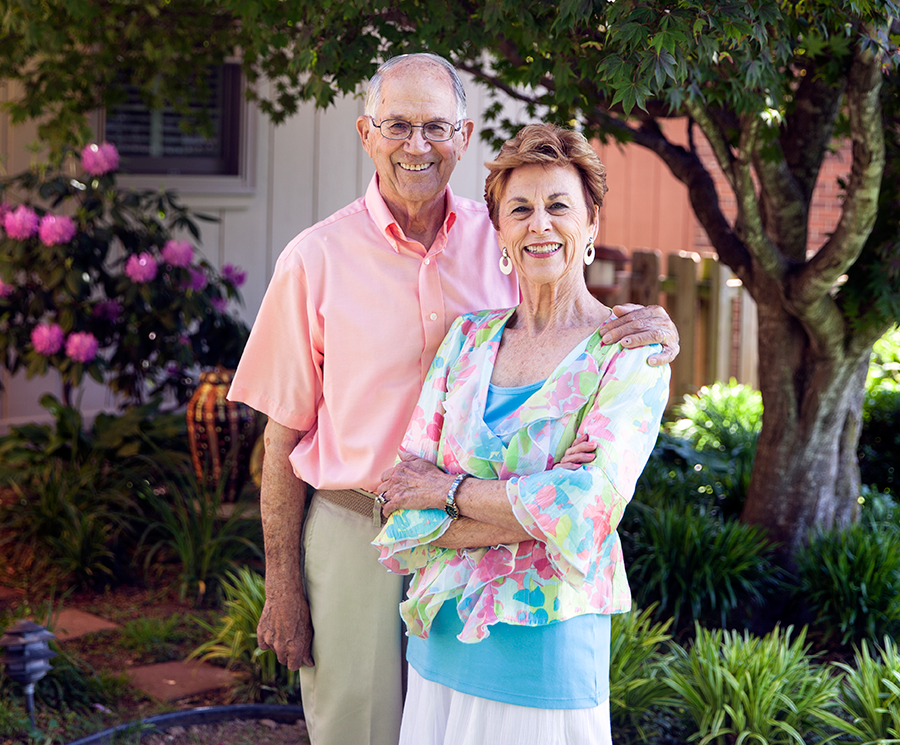 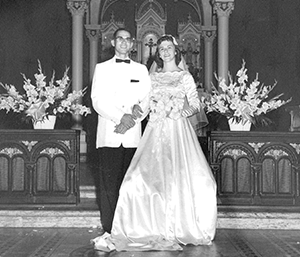 When Belle met Pat in 1955, it wasn’t exactly love at first sight. Pat’s cousin and Belle’s cousin were friends, so the four went to Lindenlure in Pat’s car. “I’ll never forget the first thing he said to me was to my girlfriend and me,” Belle says. “We had our swimsuits on and were in the backseat, and he said, ‘Don’t forget to spread a towel!’” Pat eventually loosened up, and the two started dating and got married shortly after Belle graduated high school.

After 57 years of marriage, the two have gathered a lifetime’s worth of relationship advice that they pass on to their children, including learning how to work as a team. “Pat and I have been married almost 58 years, and there is very, very rarely a time when Pat and I don’t get out of that bed and make it together,” Belle says. Decades of marriage aren’t without conflict, but Pat’s easygoing attitude has helped ground Belle when the two quarrel. “Forget and forgive,” Pat says. “I’m easy at forgetting things. You can take life too seriously, but it all isn’t that serious.” One strategy the two have developed is to each write down their sides of the conflict, then the two switch papers. It clears the air, and Belle says they usually end up laughing about the misunderstandings. Clearly their strategy is working. Not only has it helped their marriage last this long, but some of their charm rubbed off, and the pair’s cousins who introduced Pat and Belle ended up marrying each other as well. 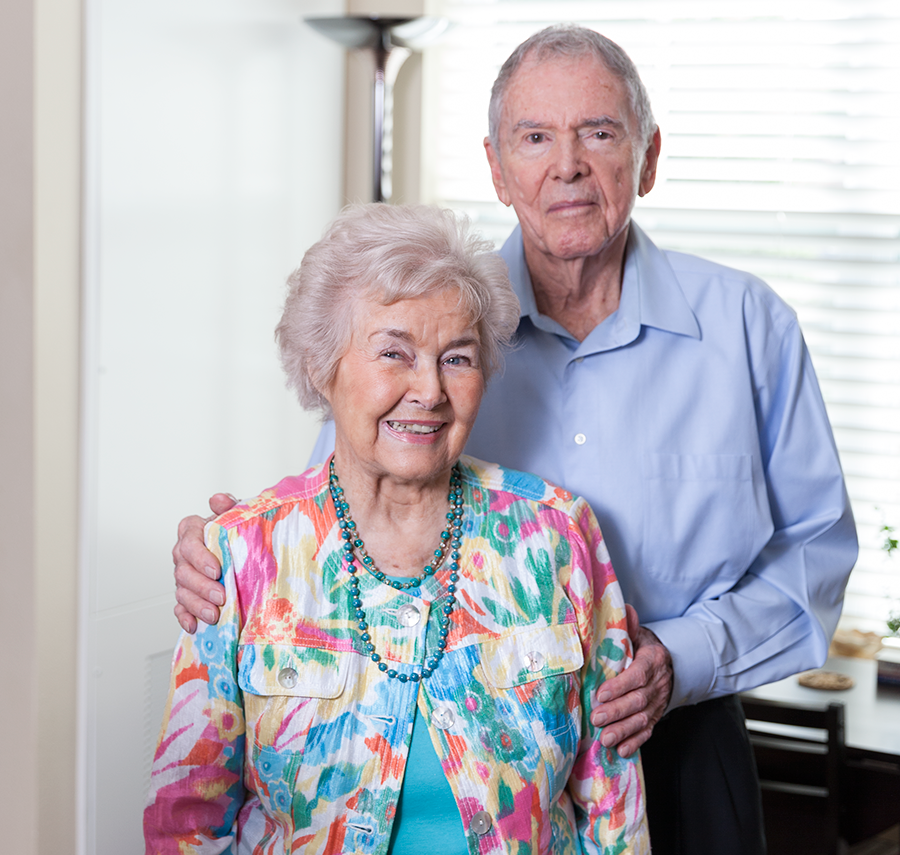 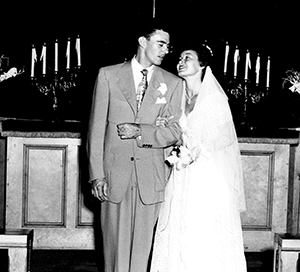 Hazel and Joe Senn’s relationship began with a spool of thread and a little friendly family interference. Hazel was visiting an aunt in Thayer, Missouri, and the two headed into the local Ben Franklin store for a spool of thread. Her aunt knew the young, handsome store owner, Joe Senn, and introduced the two. It was love at first sight, and they set up a date for the next night. (Joe couldn’t wait until the next night, though, and ended up calling Hazel and asking her out to dinner that very night.) “I don’t think she got her spool of thread, but I got a husband out of it,” Hazel says.

Hazel and Joe say the secret to a marriage that lasts 67 years is being right for each other. “You’ve got to be the right guy, and she’s got to be the right girl,” Joe says. He’s also proud of the fact that the two have never had an argument—really. Joe says that whenever a disagreement comes up, he just says, “You’re right.” He says most arguments are not worth getting angry over. It helps that the two have had many blessings to celebrate together. After they first got married, Hazel and Joe traveled the country and got to know each other before having their daughter, Susan. They’re also happy grandparents and great-grandparents. 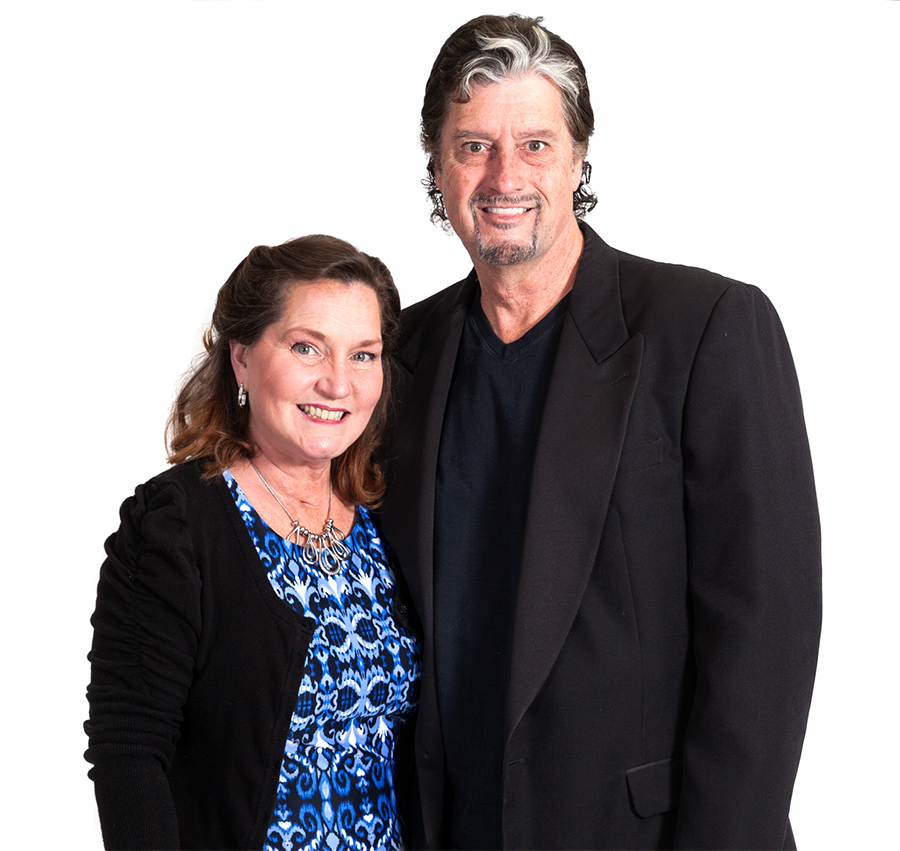 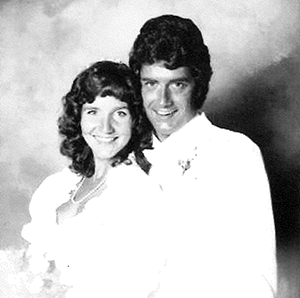 Love, marriage and life aren’t always sweet, as Patty and John Tweedle learned over the course of their 32 years together. The pair have married, separated, reunited, separated and remarried again and experienced more than their fair share of ups and downs in the process. They met while living in Southern California and noticed how time stopped when they were together. “Usually when you’re having a wonderful time, it feels like it’s gone,” John says. “But these special times when time stands still, you’re having a wonderful time, but you’re aware it’s a lasting moment.”

Although the two have experienced hardship, separation and tragedy in their relationship, they stress that the love has always been there, they’ve just needed to develop the tools to handle those moments. “The tough times in a marriage teach you who you are, and the more your partner is willing to learn who they are, the better chance you have of success,” Patty says. Having an open attitude and being willing to admit fault and learn how to grow have helped the couple face life’s inevitable challenges. “If life were rosy all of the time, it really wouldn’t matter who you were with,” John says. “It’s when the tough times come that you need a partner.”