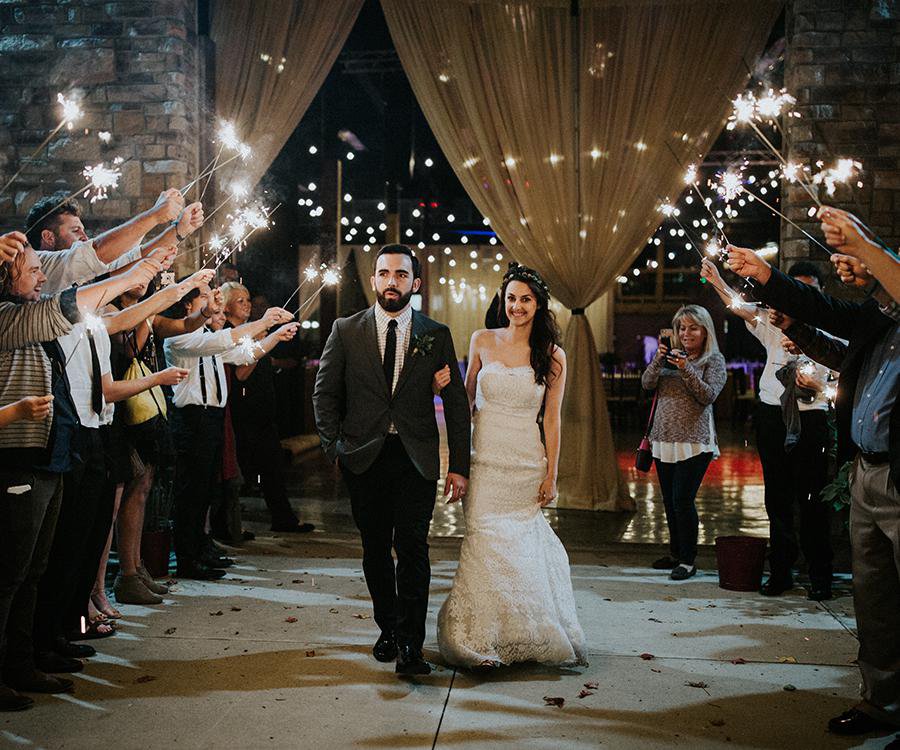 Brody and Ashley were experienced with sparklers from attending friend's weddings, so they enlisted the help of friends to them achieve the shot.

Planning your own wedding is never as easy as it sounds. It can take months of work, and even when you think every detail has been ironed out, something can still go wrong. Despite all this, Ashley Pyeatt and Brody Hughes’ DIY wedding was nearly seamless. “The only thing that went wrong was my flower crown fell off during the ceremony,” Ashley says. Besides that one wardrobe malfunction, Ashley says her wedding felt relaxed thanks to friends and family.

After meeting through friends when they were placed on the same intramural volleyball team while both attending Southwest Baptist University in Bolivar, Ashley and Brody dated for nearly a year before Brody proposed at Jordan Valley Park, where the couple had their first date. With just nine months to plan their wedding, the couple enlisted the help of friends and family, and Ashley began adding plenty of personal touches to their ceremony and reception. With a guest list that neared 300, the couple’s first hurdle was finding a venue large enough to accommodate everyone. The Old Glass Place ended up being the perfect place, and it provided Ashley with the mix of modern and industrial decor she was looking for. From there, she selected a muted color palette of mustard yellows, emerald greens, navy and magenta. Invitations were designed and sent out, a stage was built for the ceremony and along with her mom and her maid of honor, Ashley added the final details to her personalized wedding. “My mom is very much a planner,” she says. “It was a really fun process for all of us to see our vision come to life.”

Today, the couple lives in downtown Springfield were Brody is a barista at Kingdom Coffee and Ashley is a graphic designer at Murney Associates, Realtors. 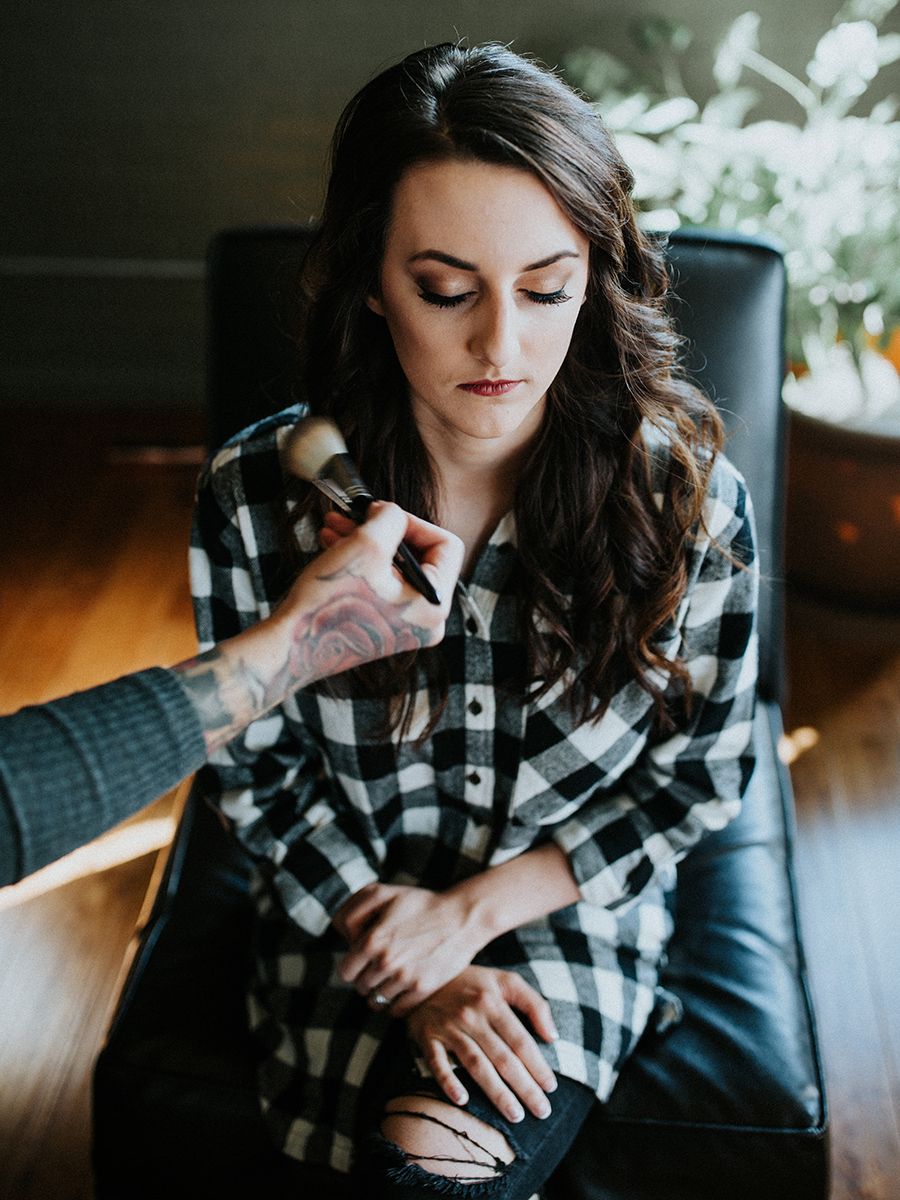 Ashley’s makeup was done by Erin Wheaton at Blu Skies Salon, who gave Ashley a natural look for her wedding. 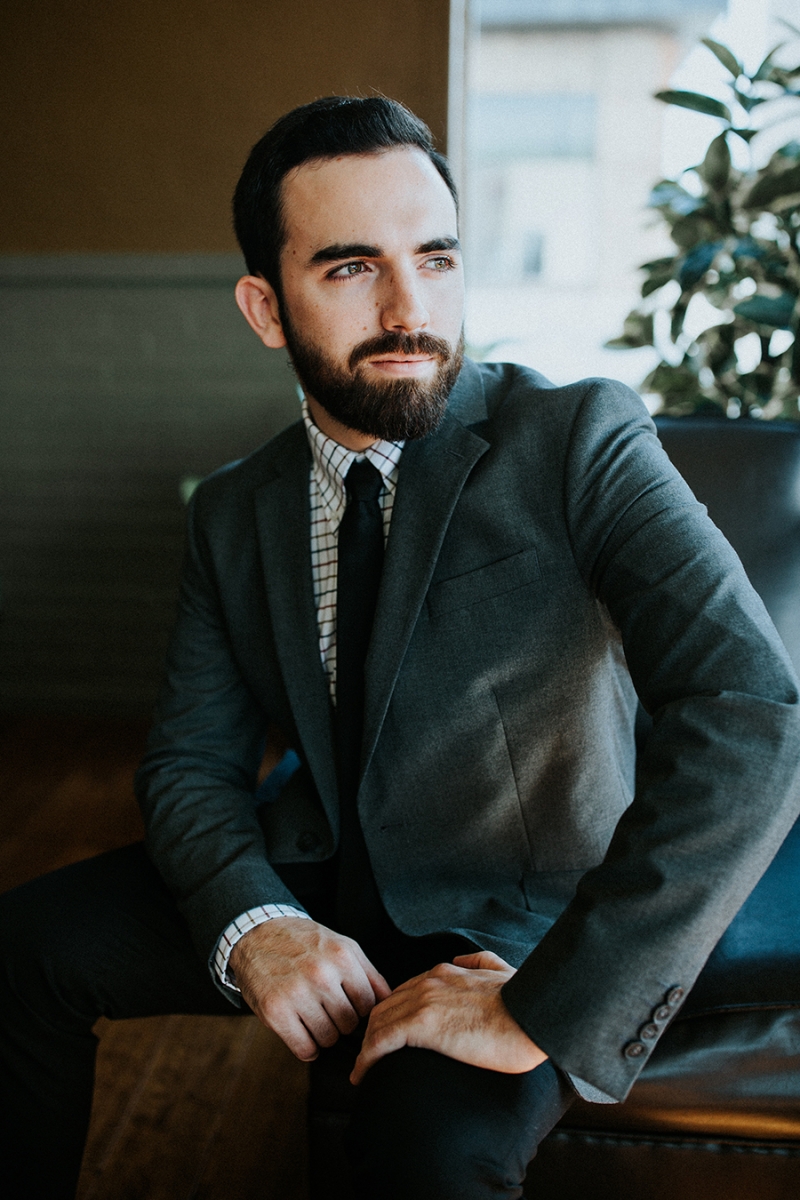 Instead of a tuxedo, Brody wore a charcoal-colored suit for a crisp but more relaxed look. 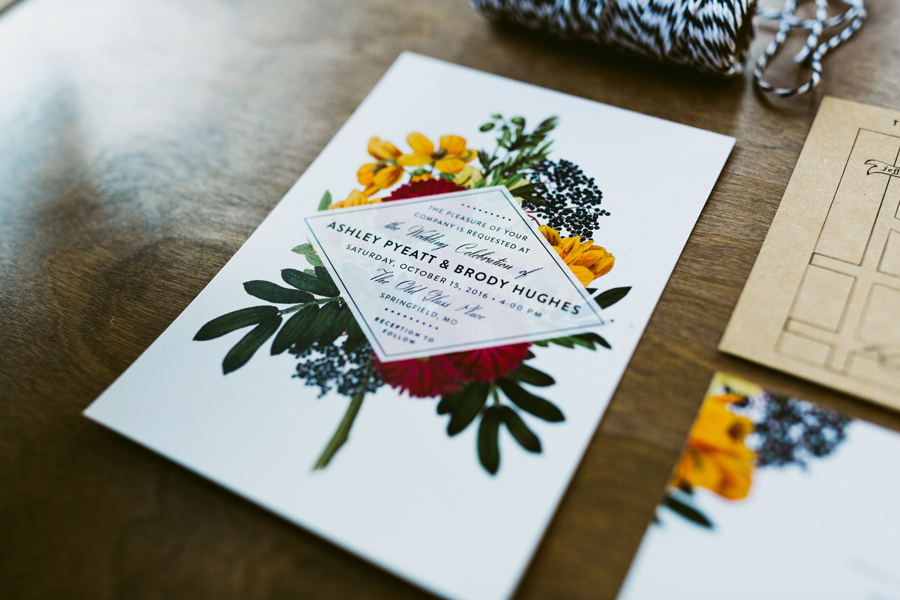 Ashley, who is a graphic designer by trade, designed her wedding invitations herself and used a jewel tone color palette as inspiration. 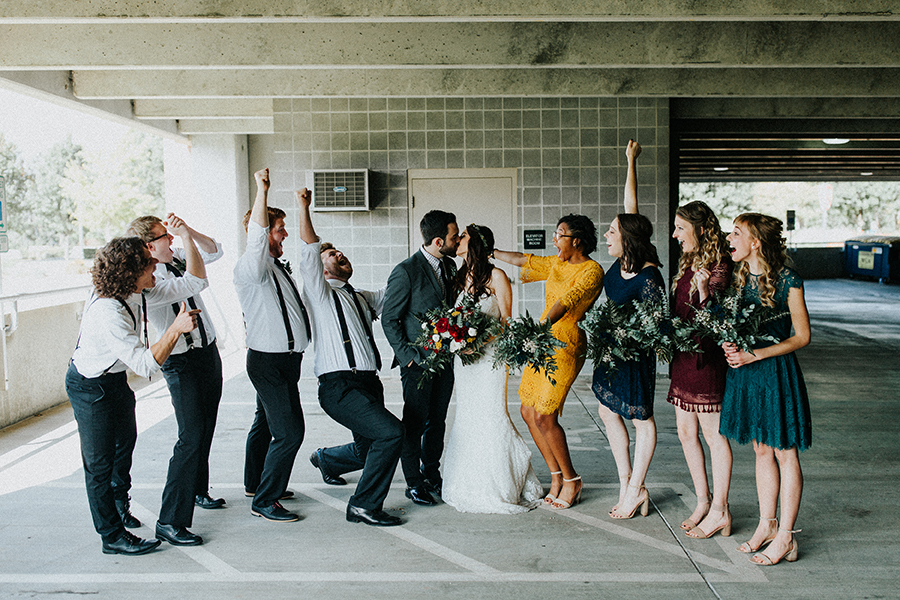 Because several of the bridesmaids and groomsmen are still in school, Ashley and Brody didn’t want their wedding to break anyone’s bank. So the couple shared their color palette with the wedding party and let them choose their outfits. 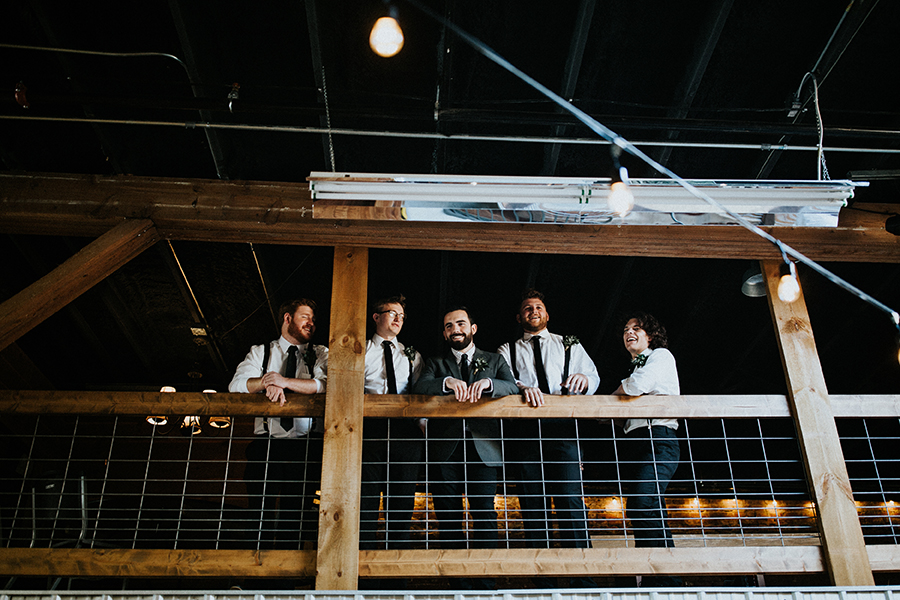 Before the ceremony, Brody and his groomsmen gathered in the loft at The Old Glass Place, where they played poker, made coffee and enjoyed some quality time hanging out. 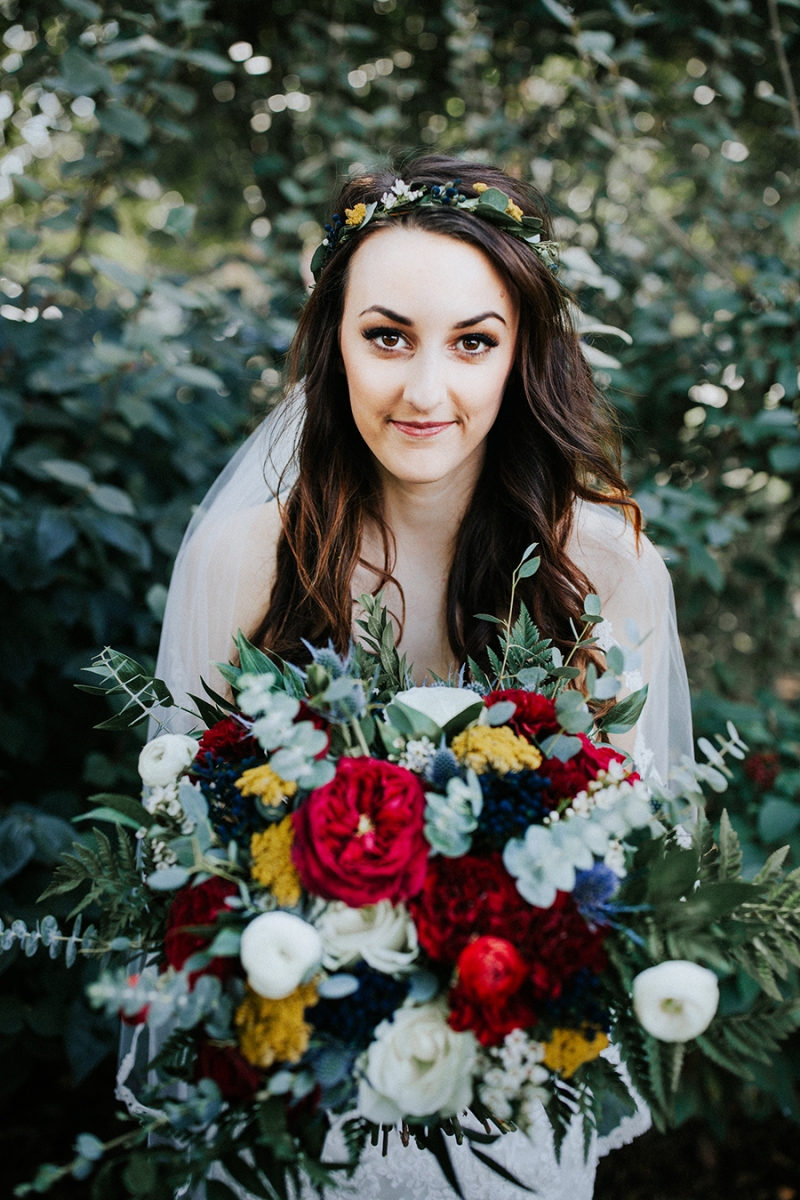 When planning her bridal look, Ashley wanted a hint of bohemian elegance, so she had Charity Bennitt construct a floral crown on which Ashley attached her veil. 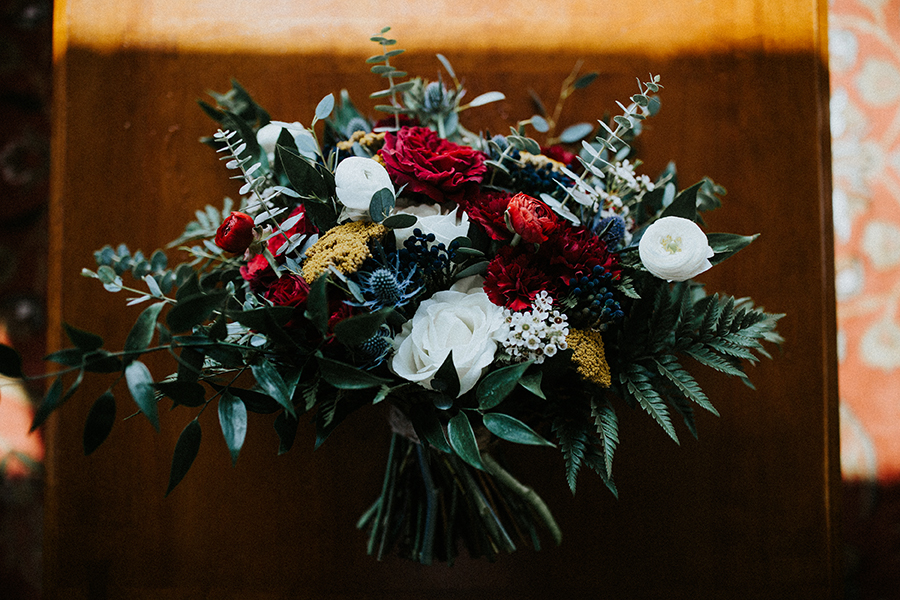 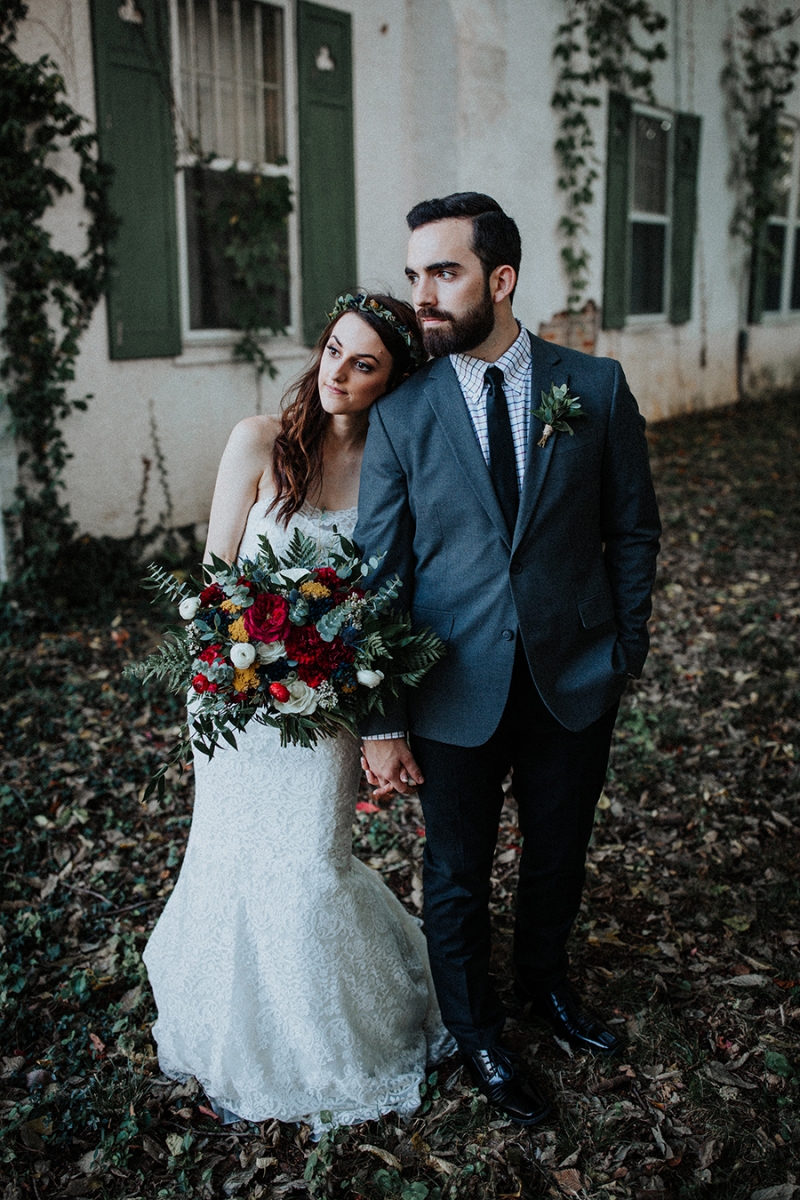 For their couple shots, Ashley and Brody handed the reins to their photographer, Andrew Edwards, who took the couple around historic Walnut Street, which is ripe with picturesque backdrops. 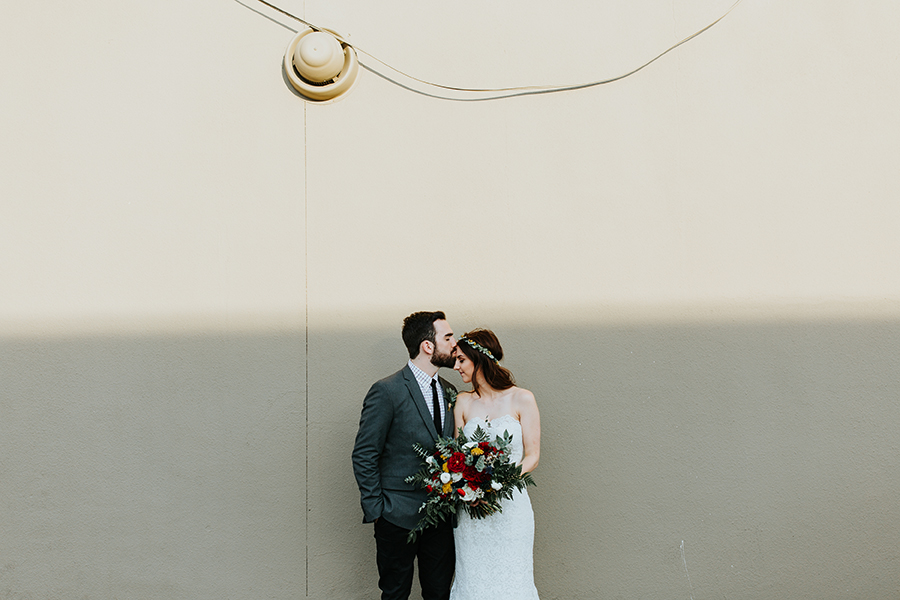 Brody and Ashley decided to take their couple photos before the ceremony. Ashley says she was glad they did because it gave them more time to celebrate with family and friends at the reception. 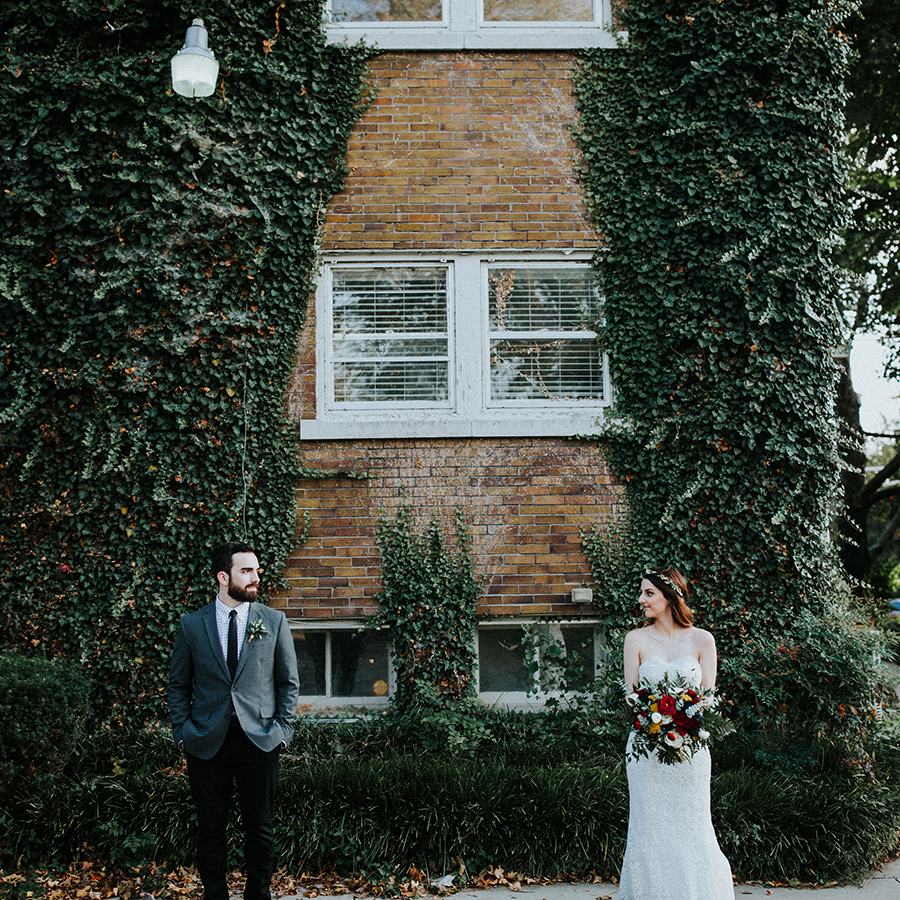 Ashley knew she wanted a mermaid-fit wedding dress, so when she found a form-fitting lace gown at Normans Bridal, she fell in love. 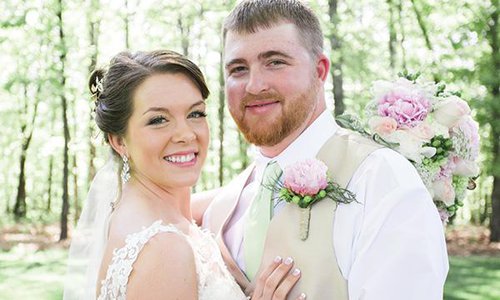