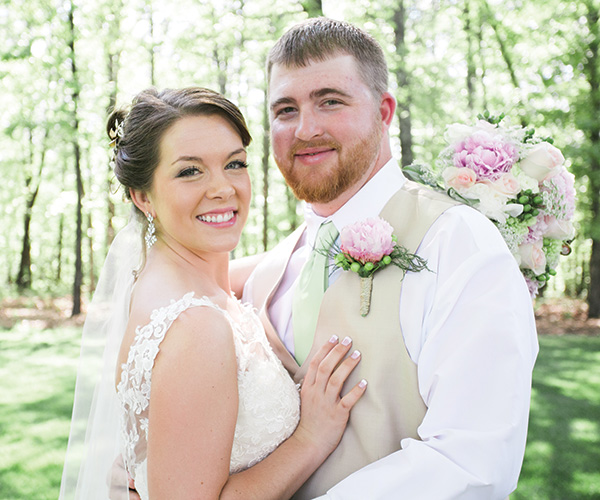 Nikki Rebardie and Jordan Kinder had gone to school together since kindergarten, but they became more than just classmates after a string of MSN Messenger chats in the sixth grade.

Nights of emoticons led to dating in the seventh grade, and nine years, three schools and one puzzle later, Jordan popped the question. On February 17, 2012, Jordan came over for dinner and instructed Nikki to wait in the kitchen until he gave her the all-clear to enter the living room. Minutes in the kitchen had her mind racing of what big surprise would be waiting for her. When she entered the room, flowers and balloons were nowhere to be seen. Instead, a single white box with a puzzle inside was sitting on the coffee table. Nikki, not a fan of puzzles, acted as if she liked the gift and went about her way. Jordan insisted the two put it together. Nearing the end, she noticed it was a photo of them but a piece was missing. The two searched for the piece and found it in Jordan’s pocket printed with the message, “Nikki, will you marry me?” Through tears and smiles, Nikki said yes.

Later that fall, Nikki and Jordan split schools for the first time in their lives. After graduating from Missouri State University, Nikki headed to law school and Jordan moved back to their hometown of West Plains to work and finish his masters degree. Three years later, on May 2, 2015, Nikki walked down the aisle at her uncle’s farm, just south of
West Plains.

The doting couple said, “I do,” and slipped on their rings. Nikki’s came from Andrew’s Jewelers and Jordan’s was his favorite print—camouflage—from Realtree.com. After their ceremony, guests dined on parmesan-encrusted chicken and white cheddar mashed potatoes catered by Simply Delicious. The day full of good friends and loving family was jazzed up with music by DJ Will. All that dancing burned off the calories for guests to indulge in either Neapolitan, triple berry or cookies and cream cake by Style by the Slice. 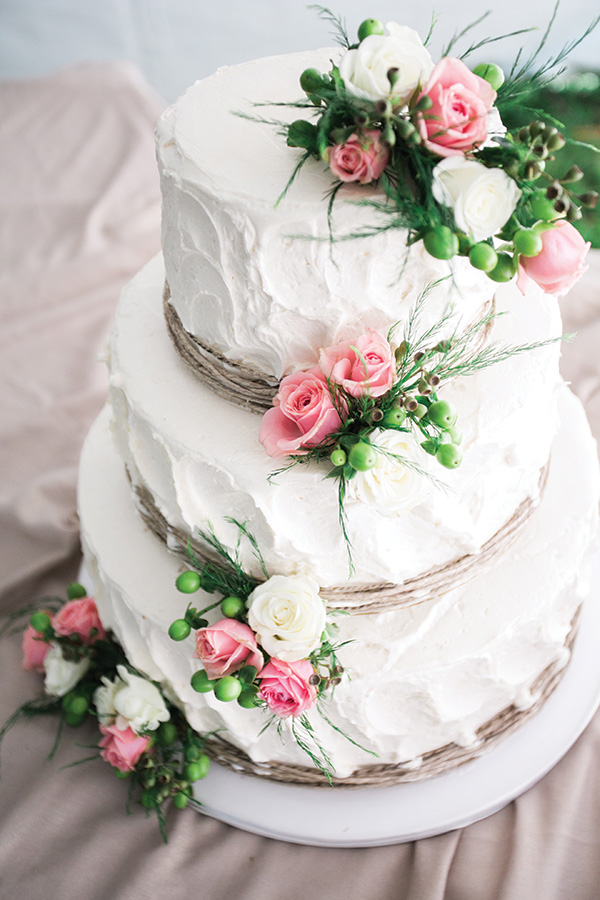 Fresh and simple colors—along with as much Neapolitan cake as possible—made Nikki and Jordan’s day not only romantic, but extremely tasty. 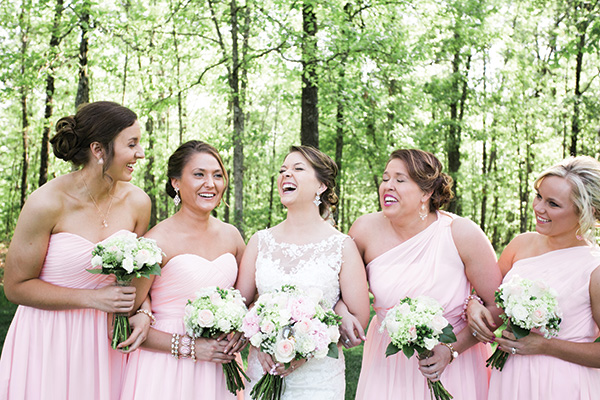 Nikki’s day wouldn’t have been complete without her best friends, including Lauren Campbell, Ali Jones, Michaela Brown and Jennifer Tidwell. 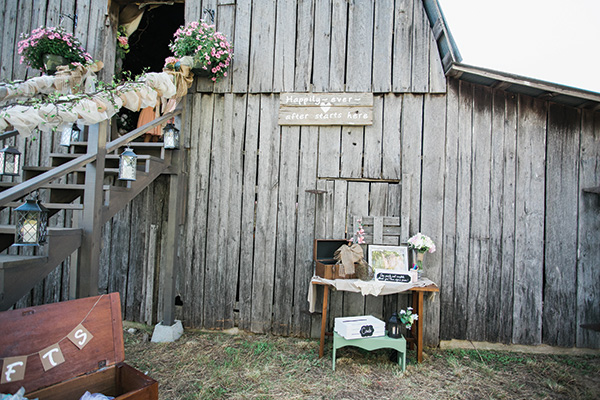 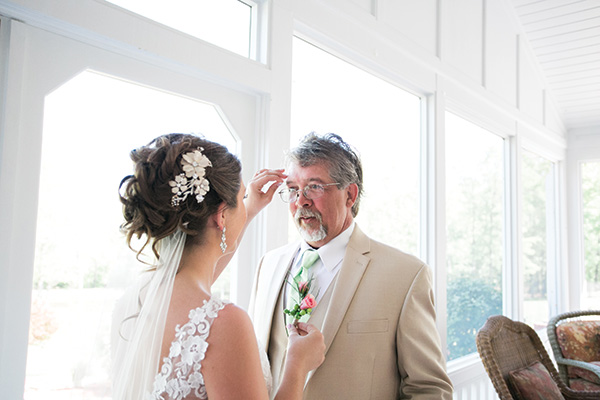 Before her father walked her down the aisle, Nikki presented him with a custom-made handkerchief, as well as a few hair-styling tips. 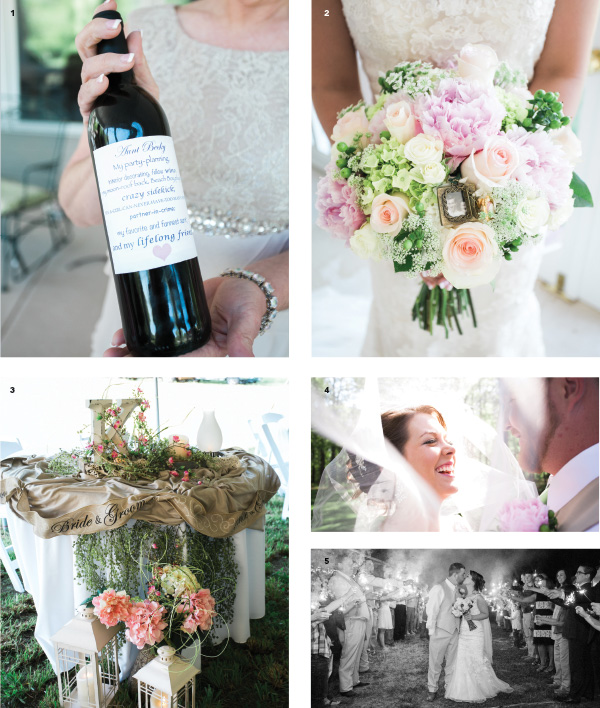 1. Nikki’s aunt, Becky Henry, helped the couple pull off the day of their dreams. Her reward? Wine, of course. 2. Nikki’s bouquet was adorned with a photo of her grandparents, along with one of her grandmother’s earrings. 3. Nikki and Jordan ate their first meal as a couple at their “sweetheart table.” 4. Before they said “I do,” Nikki and Jordan captured a few candid moments. 5. Just as their love sparked several years ago, Nikki and Jordan said farewell to their family and friends through a sparkler tunnel. 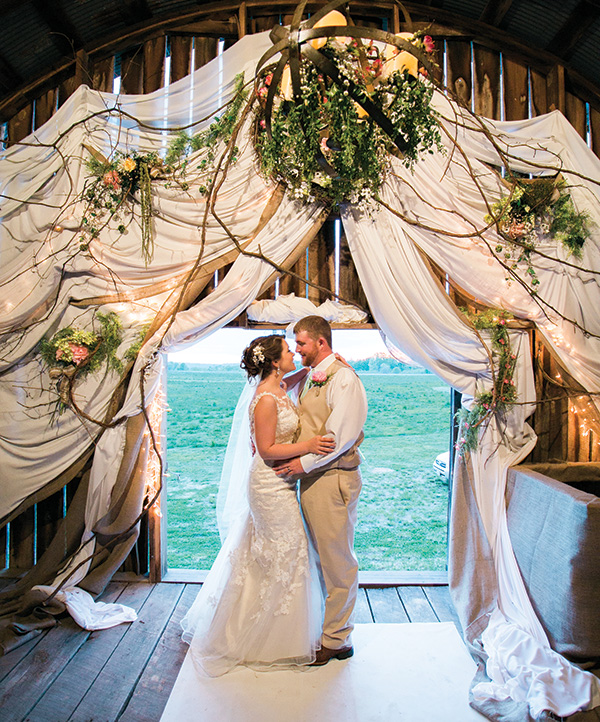 The couple used burlap, white fabric and several natural elements to transform the barn into a gorgeous venue.

August 17, 2013 at The Barn at Stone Valley Plantation