Maggie McGriff knew Joseph Beachner was the one the minute she met him. 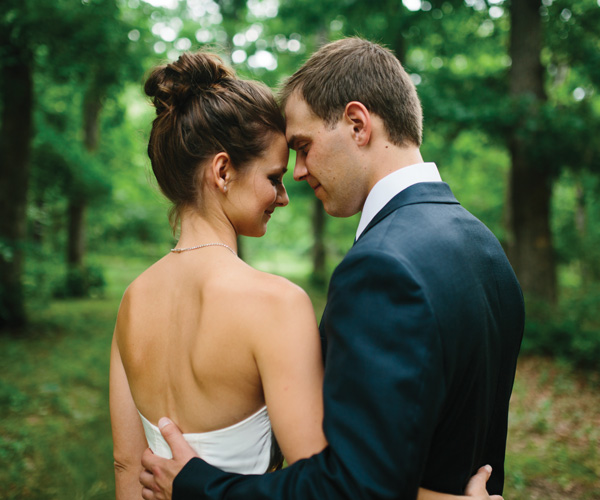 Maggie and Joseph Beachner were married in Joplin, and a reception followed at her family’s farm in Seneca.

Maggie McGriff knew from the moment she and her sister uncovered the beautiful vintage dress long forgotten about in her grandmother’s basement that it would be her wedding dress. “It just felt right,” Maggie says.

Years earlier at the University of Arkansas, Maggie noticed Joseph Beachner sneaking into class late, as always. It was one of those nights after class that she finally got the courage to introduce herself to him, surprising herself with her own behavior.

“I’m usually pretty shy, but when I saw him standing there it was like I didn’t even think twice,” she says. “There was something about him. He just seemed familiar for some reason. It sounds corny, but I just knew.”

Maggie and Joseph enjoyed their first date a few weeks later. Joseph swept her off her feet with dinner at Hugo’s, a Fayetteville favorite, and a choral Christmas concert at the Walton Arts Center. As the two got to know each other, Maggie didn’t want the night to end. It was the best first date she’d ever had.

After six years of dating, Joseph proposed on the Old Main Lawn at the University of Arkansas, which is where the two used to have picnics as undergraduate students. On that beautiful summer night, he told her how much he loved her. It was too dark to see the ring, but she didn’t care. She says that it was the happiest she’d ever been.

A year later, wearing her grandmother’s stunning dress from the ’50s, Maggie exchanged vows with Joseph at the altar of St. Peter the Apostle Catholic Church in Joplin. The wedding was followed by a beautiful outdoor reception in the hay barn at Maggie’s parents’ farm just north of Seneca.

The couple currently resides in Fayetteville, Arkansas, just a few miles from where they first met. Maggie says she believes God guided them together to be the happiest they could be—together. 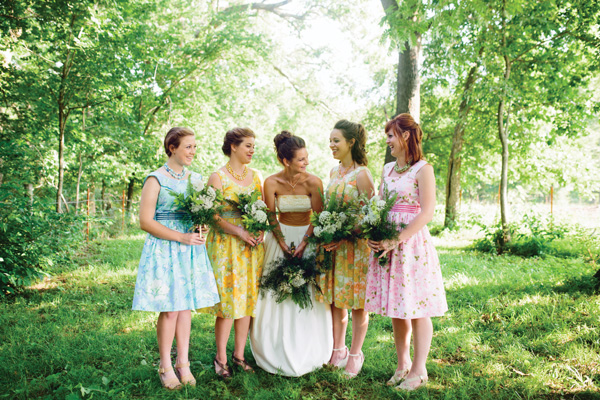 To add an extra dose of whimsy to the day, the bridesmaids wore tea-length dresses made in vintage-inspired prints and colors. 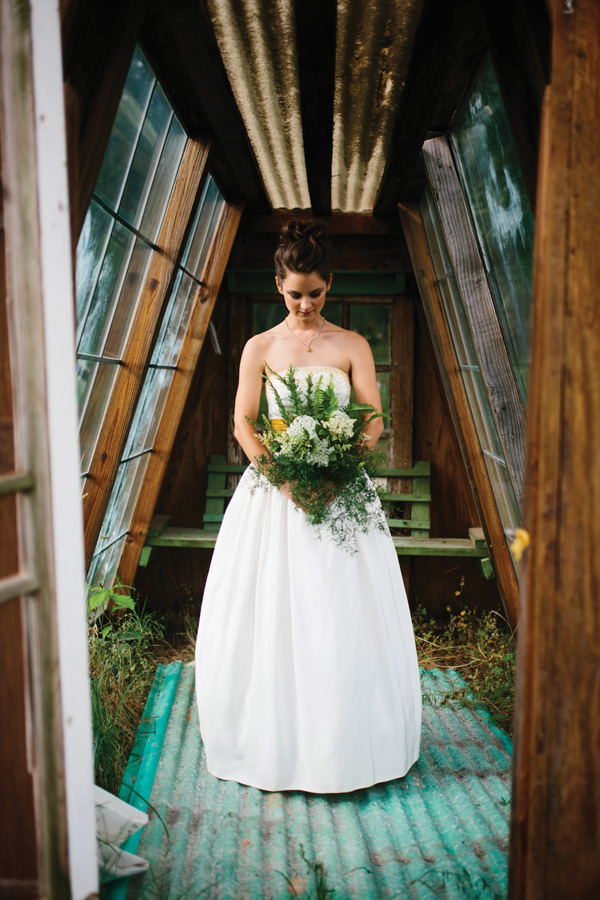 On the big day, Maggie McGriff wore a vintage dress she found in her grandmother's basement.