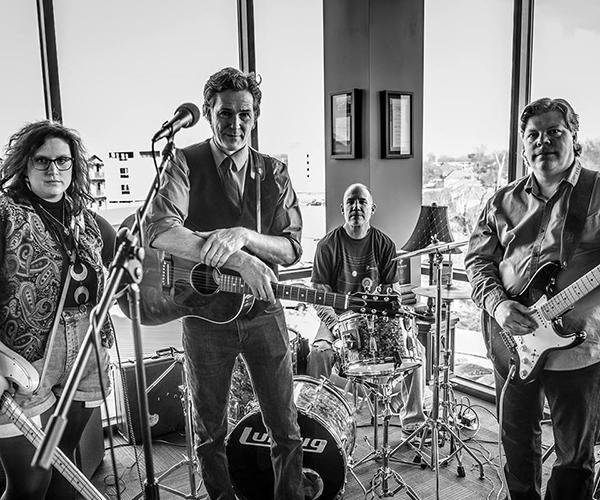 The final curtain is closing for Brother Wiley, 10 years after the Americana band formed in full. The Midwest favorite started as a duo with Brett Miller and Todd Mincks around 2000. Jessica Gray Balisle joined them on bass and Kenny Wirt on drums in 2007. Lindberg's Tavern hosts Brother Wiley's last waltz this Saturday night.

When Miller and wife, Betsy, began planning to be away from Springfield for a year-long project, the future of the band was left uncertain. “At first we didn’t talk about breaking up—just that we wouldn’t be playing for a while,” Miller says. “[Wirt] started talking about moving to Colorado. It just sort of evolved into this, ‘I guess we’re done.’”

The Millers have big ambitions. “The mission is to travel around the country and talk to all sorts of people to get closer together to address our divides,” Miller says. “We’re on a mission to figure out how to improve our communication so we can figure out how to talk to each other better.” They have plans to travel to 33 states—more than 14,000 miles—and into Canada. They will spend six months on the road listening, filming and recording, but mostly talking and meeting people. There are plans for a collective film, combining bits of professional shooting with DIY filming by the Millers. He says he also plans to write a book. “Part description of what we find, and part memoir: dealing with my own journey. Betsy has plans to write children’s books relevant to the topic.”

Survived from the band are two essential full-length listens, Up the Ghost and Murder the Mystery, but Miller says it’s hard to leave what the band provided. “To some extent I can say Brother Wiley saved my life,” Miller says. “We all find dark places and having that band, that group of friends, a place where we could find joy and music—it was a release. It gave me a focus and an energy that I couldn’t find elsewhere.”

The window, however, is not entirely closed. “If something else happens, some new version of this band later on, we’ll be open to that possibility but for now this is it,” he says. Lindberg’s Tavern hosts Brother Wiley’s last waltz this Saturday night.