Vanessa Silberman has played more than 250 shows in the last 18 months. She plays Front of House Lounge Tuesday. 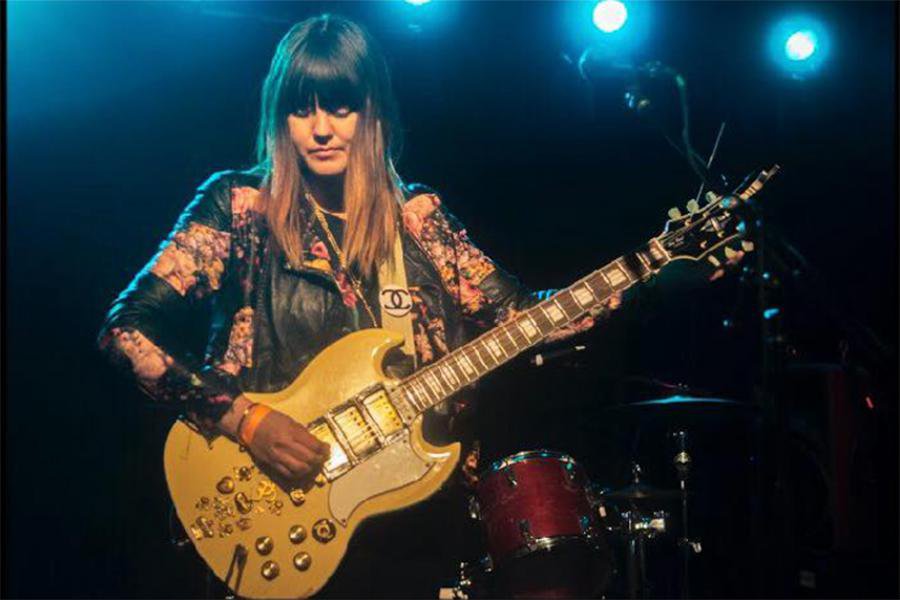 Los Angeles-based independent alt-rocker Vanessa Silberman has lived on the road for more than a year-and-a-half. She teamed up with Jimmy Dias of San Francisco’s psych/surf rock outfit The Love Dimension for a summer tour as a co-headlining two-piece. Silberman returns to Springfield for the fourth time since 2005, Tuesday at Front of House Lounge.

417: Have you really played around 250 shows in the last 18 months? What keeps you going on the road?

Vanessa Silberman: I love it. Music is so fulfilling. I’ve been out consecutively since January, so it’s pushing more like 260 or 270 [gigs] at this point, not including the double-duty of backing each other. Me and Jimmy started this tour at the end of March. In LA, I had an amazing job at a recording studio, but I really wanted to take a chance with touring and being an artist. I got to work with some of my heroes who I grew up listening to, but at the end of the day I wanted to take a chance on myself. I can sit behind a console later in life.

417: Do you have any favorite stops on the road? Has any place surprised you at all?

Silberman: It’s kind of hard to say, there are so many cool, amazing cities around the country. Usually it’s the smaller towns that don’t expect somebody from LA to come play. Fort Stockton, Texas was like that. Saint Augustine, Florida was amazing. That city was so unexpected, and so historical—the first [founded] city in the country and has such a cool scene there.

417: How would you describe your sound to new listeners?

Silberman: Going solo, I’m really looking to experiment, not be afraid to try stuff. The exciting thing about being solo is collaborating with so many different people. We feature different players, so it leaves a lot of open-endedness. We get a lot of comparison when I’m backing [Jimmy] to The White Stripes.

417: Is there any particular message to your writing?

Silberman: My message is giving hope and positivity through music. Even being on the road, showing women that you can be a woman on the road alone. I’ve done it. You can do it, too.