Whether playing with ‘90s cover band The Mixtapes or Springfield-based pop duo LUX, you’ll find her climbing atop her drums, dancing all the while singing well-plotted harmonies. 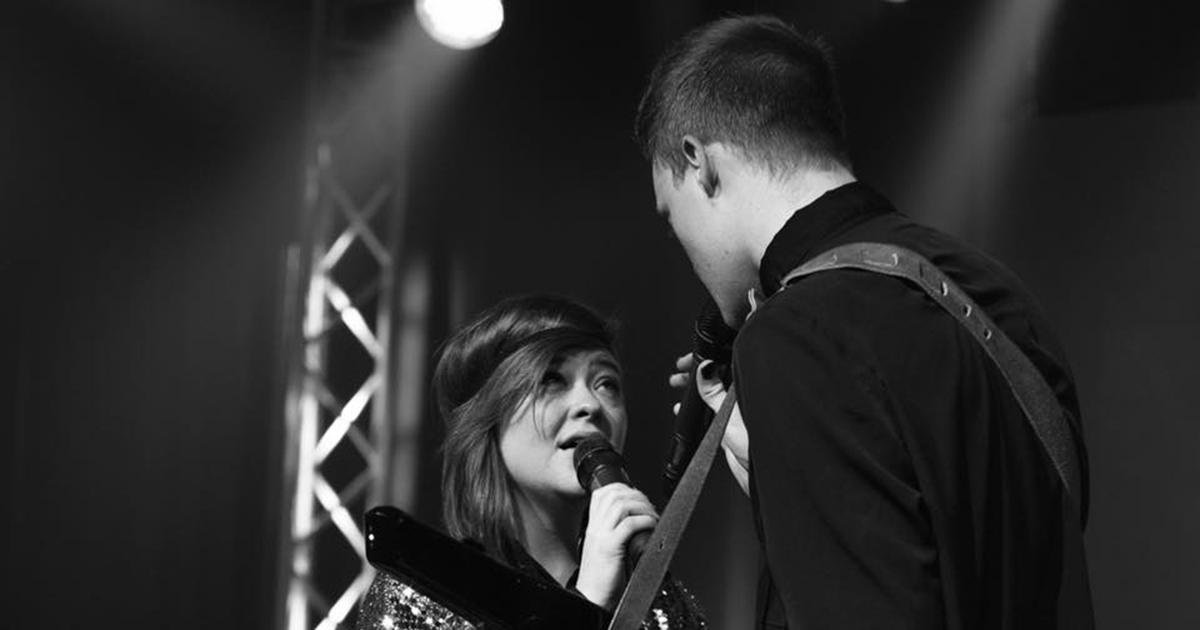 Ivy Schulte drums loud and with incredible energy. Whether playing with ‘90s cover band The Mixtapes or Springfield-based pop duo LUX, you’ll find her climbing atop her drums, dancing all the while singing well-plotted harmonies. On stage the two-piece employs five microphones, a handful of keyboards, drums and endless energy. “You can’t got wrong with a keytar,” Schulte says. LUX, formed by Schulte and Jake Wesley Rogers, celebrates the release of its first album, Pax, this Saturday at Classic Rock Coffee Company.

417: Congratulations on the new album! Why Pax? What does the album represent?

Ivy: Pax means "a kiss of peace.” Essentially, we wrote the album looking back at our youth, mistakes, triumphs from a better place. It's kind of like the calm after the storm. The word pax comes from "Pax Romana.”

417: Where did LUX come from? How did you and Jake connect?

Ivy: Jake and I met after he got off of America's got talent. He was 15 and I was 27 I believe. I was asking him to do a benefit concert for the bank that I work at. He asked me if I wanted to be in a band with him. So I met him and his mom, yes with his mom... (LOL) at Mudhouse to discuss playing music together. I remember thinking ‘wow this kid is just a kid but he's really going to do this thing.’ I knew he'd be successful.

417: You are also the drummer for popular ‘90s cover band The Mixtapes. Both groups provide a big visual show alongside the music. How much of your on-stage activity during the show is pre-meditated?

Ivy: None of it is ever premeditated when certain "crazy" things happen. Usually I’m just wrapped up in the music and it happens. Like standing on my drum throne while playing. I didn't plan that—it just happened. Now, I know I can do it, so I do it at most shows.

417: To what drummer are you most frequently compared?

Ivy: I’m a girl drummer so I don't get many comparisons. I have a pretty unique style of playing. But some of my influences come from Steve Jordan, and music like Jack White, Beyoncé. I've heard my stage presence has been compared to Travis Barker.

417: Jake goes to school at Belmont in Nashville, what’s it like writing songs together from different places?

Ivy: Writing songs has been the most unique and interesting process. We wrote our entire album over Skype. We used Google Docs so we could type out lyrics at the same time. It took a lot of getting used to, lag time was the biggest issue but we figured out ways around it!

417: Jake was picked up by Sony/ATV Music Publishing as a writer. Have you noticed any differences in his style?

Ivy: Jake is a natural born writer.  He could probably write any style of music. The way he writes with LUX hasn't changed much, but I can certainly see a huge amount of growth in him in general. More life experience, writing everyday, working with some of the top writers in the business—he was bound to grow!

417: What did the production process look like for the album?

Ivy: Production was interesting. We decided to write all the lyrics on the album before we made the music. We wanted it to be cohesive. Also with him being out of town we couldn't get together and make music everyday after school.

Jake came down about eight times and I took off work. We spent all day working on the songs in my music room. The only song we hadn't finished all the way was “Fire in the Forest.” That was a song we had our friends from The Mixtapes play on it with us. I actually didn't even know what I was going to play on drums until we got in the studio.