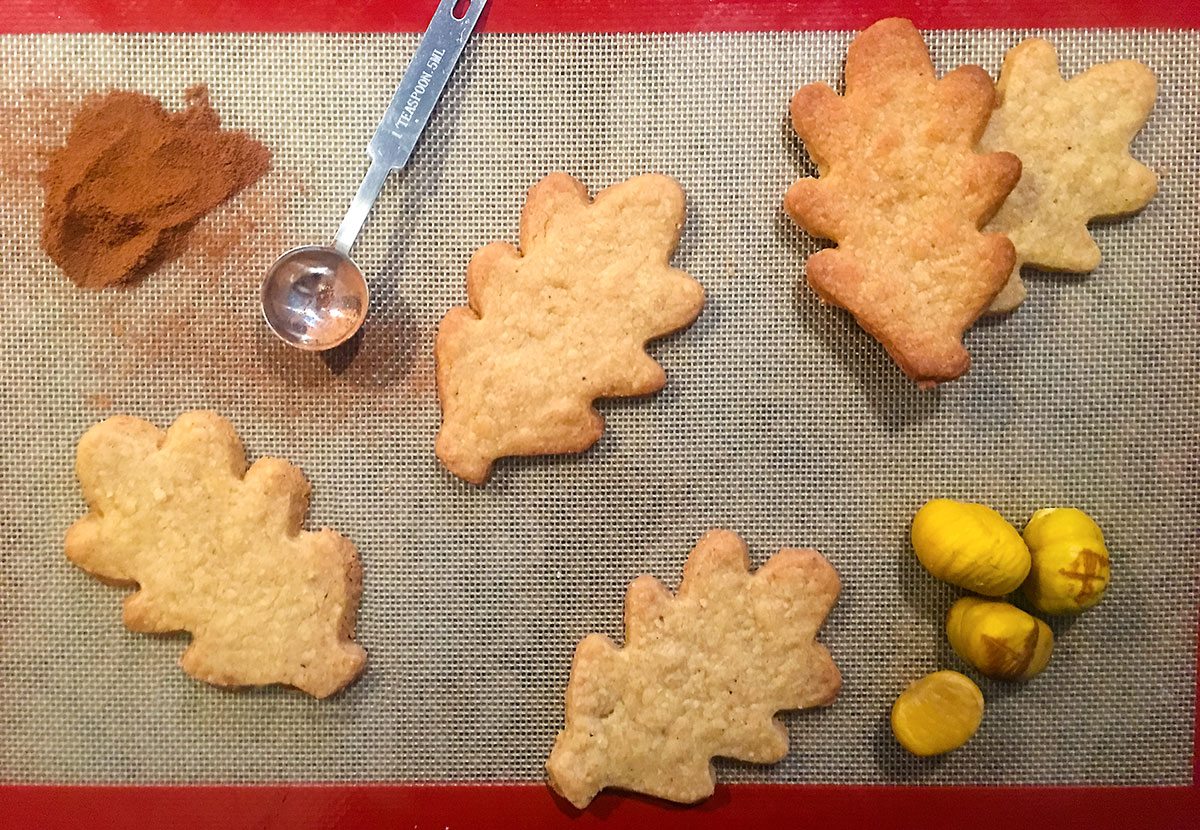 Are you still stuffed after last week’s Table Talk Thanksgiving Takeover? Sorry ’boutcha! I’ve got a few more turkey day tidbits to share. (Next week’s blog will be predominately poultry-free, I promise.)

First, in my quest to find chestnuts for stuffing, I got a wild hair and modified some shortbread cookies with chestnut flour and some autumnal spices. I mean, look at these crispy lil crunchers! You can find little leafy cookie cutters at Everything Kitchens, and I got fresh chestnuts at Farmers Market of the Ozarks from Don Gaunt (417-736-3810). I roasted and dehydrated them then ground them into flour. Or you could, you know, plan ahead and just order chestnut flour online. But what’s the fun in that?

Next, the little lush in me couldn’t resist telling you about a few more Thanksgiving week events that have popped up since last week’s roundup.

Dublin’s Pass is hosting Not Your Mother’s Thanksgiving with Mother’s Brewing Co. specials on Winter Grind and Cobra Scare, plus mashed potatoes, greens and live music.

At newly opened Sweet N Snow, the Black Friday specials are snowing down. Take 15% off your whole order all day Friday and Saturday.

At Reverie’s Winter Cocktail Menu Launch, taste your way through new seasonal drinks to take the edge off the holiday shopping stress.

The wait is almost over for C-Street’s Margot. Bringing yet another global eatery to C-Street, chef and owner Drake Tillman plans to open Margot the second week of December in the Artisan’s Oven space. (Keep an eye on Instagram @margot_sgf for updates.) Margot is a New American restaurant with a French bistro feeling, and the shifting menu highlights seasonal ingredients and local farms and suppliers—including, of course, The Artisan’s Oven bread. The menu includes riffs on classic French sandwiches and salads, desserts, pastas and larger entrees. The restaurant is open for lunch on weekends and serves dinner Thursday through Sunday.

There’s a lot of moving and shaking going on in the 417-land restaurant scene in the coming weeks. So as you refuse to move or shake after your massive turkey dinner, sit on the couch and start your meal plan.

• Cesar’s Old Mexico has closed for the week in preparation for its big move. Owner Sandra Gonzalez says they are already set up in their new location at 2627 E. Sunshine St. (the former Phase 2 building) and are just waiting for the green light to open, so stay tuned to the Facebook page for updates.

• Springfield is getting its second location of Classic Rock Coffee. The new location will join Walnut Street’s Brewery District Flats in mid- to late January 2020 in the space adjacent to the newly vacant Frank ‘N’ Steins.

• Last Friday, after a brief auction, beloved longtime barbecue joint Pappy’s Place BBQ gained new owners, Wayne and Susan Rader. The Raders plan to continue Pappy’s legacy by keeping the restaurant open and maintaining the current staff. As the new owners take the reins, look for a few new menu items, some minor renovations and all of that classic Pappy’s charm.

• The east-side’s Prehistoric Brewing Co. is inching closer to opening. Demo is complete, installation is underway, and the owners are shooting for an early 2020 opening.

• Just in time for stocking-stuffing season, Queen City Soda & Sweets is officially open for business on Park Central West. Serving candy and craft sodas, this shop has enough taffy to keep your chatty relatives’ mouths clamped shut for at least an hour or two. 😈

In very, very cool eco news, The Coffee Ethic, MaMa Jean’s Natural Market and MJ’s Market & Deli are now participating in HuskeeSwap. Huskee cups are sustainable cups made from coffee husks. To participate in the swap, order your drink in a Huskee cup for a $15 one-time purchase, go home, drink it on your bike, take it to the office, leave it in your car cupholder, live your best life with your reusable cup in hand. Then, when you return, hand in your dirty cup and receive your drink in a clean cup. The Ethic and MaMa Jean’s say an estimated 500 billion single-use coffee cups end up in landfills each year, and by taking part in the HuskeeSwap program, they hope to reduce their contribution to global waste.

I know you’re probably only thinking about your own menu this week, but when you’re ready to take a break, these restaurants have you covered with menu revamps of their own.

• Although not a revamp, diner classic Red’s Giant Hamburg is now serving breakfast from 6:30 to 9:30 a.m. Options include classic breakfast offerings and more creative indulgences, like sweet potato pancakes with vanilla ice cream and maple syrup.

• Fire & Ice has rolled out its fall/winter menus, featuring mushroom sage soup, endive and pear salad and even a s’mores brownie.

• European Café is launching its winter menu this week, so keep an eye on their Facebook page for new highlights, and swing by for your last taste of pumpkin spice while you can.

• The Keeter Center has a new fall lunch and dinner menu, which includes stir-fried vegetable quinoa, carbonara pot roast and, for the dessert-inclined, pumpkin spice gelato.

• Although not a full menu overhaul, Big Easy Grill has debuted beignets, so you can truly relive your NOLA experience by diving face-first into pillowy, doughnuty perfection.

Leaves and warm temps aren’t the only things bidding adieu these days. This month we’ve said goodbye to two 417-land favorites. After switching owners and getting a new name, Sunshine Street’s Thai Basil has closed for good. The restaurant, formerly Thai Peppers, was owned by Paneda Zelaya, who rebranded after taking over the restaurant from her parents.

Earlier this fall, Nixa’s Lola’s Pastries & Eatery closed after a dryer fire. The restaurant remained closed as the owners determined their plan, and last week, they announced that they will no longer be reopening after 15 years in business. 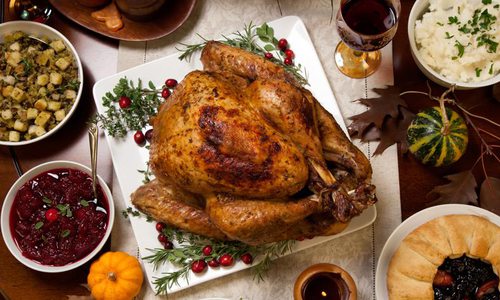 This week: Everything You Need to Crush Thanksgiving This Year 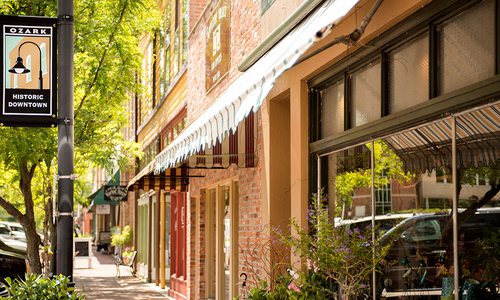 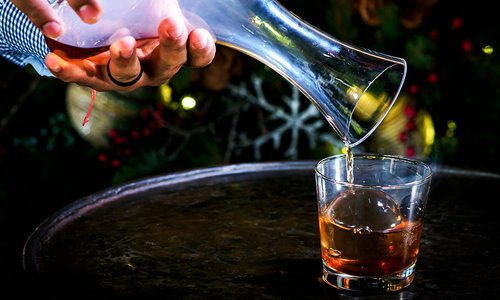 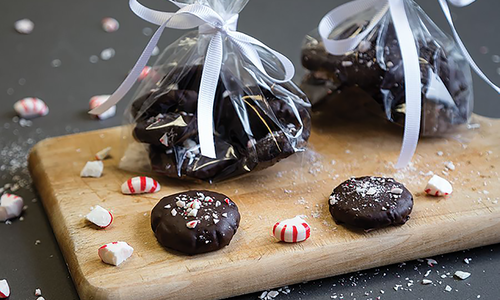 This week: Recipes for perfect cookies and punchy cocktails, where to spot twinkle lights and Santa Claus, plus plenty of events to round...