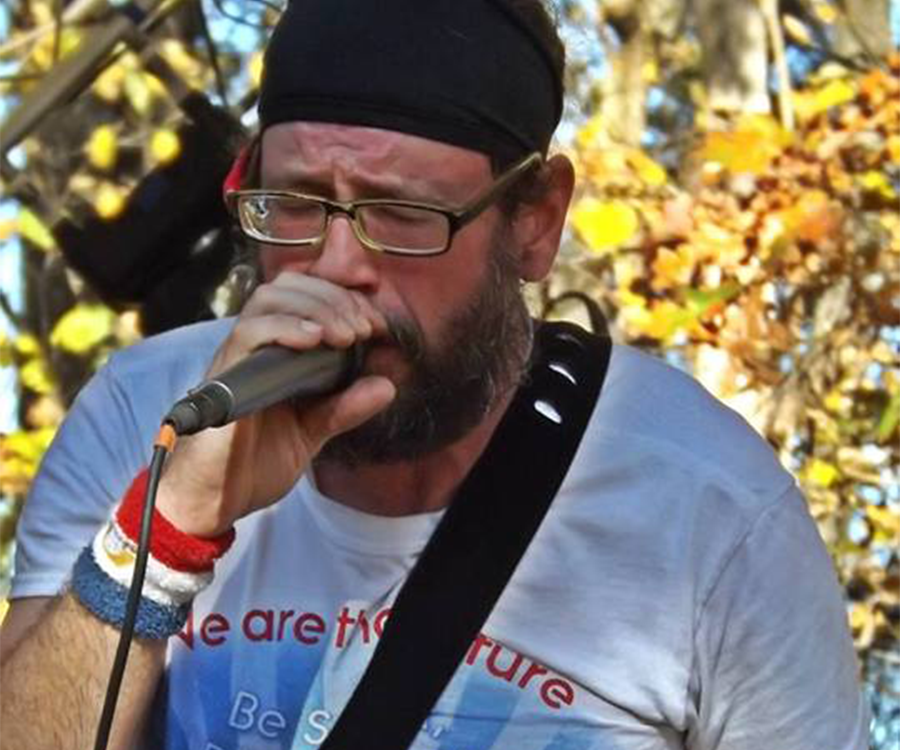 Danny Maple is a ball of fire onstage.

During a concert, the Vultures of Chaos County frontman is constantly moving. His gestures, and occasional roundhouse kicks, are never pre-measured.

“Some people have a routine—coached hand movements to keep the audience captivated,” he says with a laugh. “Not me. I’m like a little monkey priest up there. I get lost in the music.”

VOCC started eight years ago as two songwriters. No matter where Maple and guitarist Michael Gomez would be sitting, they were plotting another song.

They didn’t rush together a full band and focused instead on the material.

“And we could just hear the drums,” Maple says. “It took a lot of patience and a lot of time.”

When musicians were added for the first time, he says it was almost religious. “It was very uncanny,” he says. “We were seeing, or hearing rather, the vision play out right in front us.”

Along with Maple and Gomez, VOCC is filled out by Chris Vanderpool on bass and Brandon McKee on drums.

Maple and Gomez brand the music as “Gen-X indie.” Maple says he is inclined to call it new grunge, but is quick to add that VOCC has a blend of hip-hop. “It’s the music we cut our teeth on in the ’90s.”

Too early to announce a date, VOCC is planning the stages of an upcoming album to be titled You’re Welcome. The band plays Lindbergs this Friday at 10 p.m.