When Lori and Amanda Derham aren’t working at their jobs at the Cox North child/adolescent psychiatric unit, they’re learning how to re-define the traditional family unit as one of the few same-sex couples raising a family in their social circle. 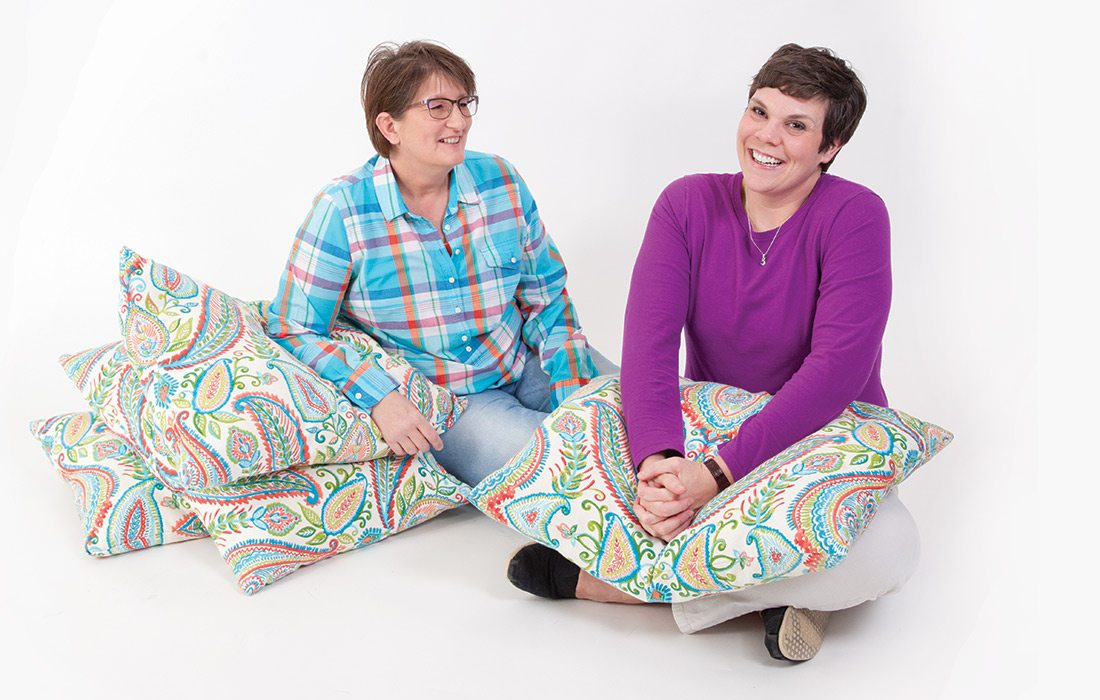 Photo by Brandon AlmsLori and Amanda Derham, who were married in Iowa in 2012, are raising their family in Springfield. Purchase Photo

417 Magazine: Amanda, you are from Springfield. But Lori, you moved here from Iowa City. Was that a difficult move?
Lori: I was 28. I had no family, no friends. I just picked up and moved. It was a more closed community.
Amanda: Well, and you had a lesbian community in college.
Lori: I immersed myself in an open lesbian community in college, so I was leaving that support network.

417: Amanda, we understand you had your son, Wesley, from a heterosexual marriage and met Lori during the divorce process. Since he was 3 when you two began your relationship, how did he factor into things?
Amanda: That was one thing Lori always said—she was very cognizant of the fact that there’s a child involved and that she wouldn’t want to do anything that could hurt my relationship with him. She also didn’t want to do anything that would hurt us in the divorce.

417: As in, the courts might not have awarded you custody of Wesley because you are a lesbian?
Amanda: We were always aware that our relationship could affect the outcome of the divorce. And what would that mean if I identified as a lesbian? Would the judge determine I was an unfit parent?

417: After you decided to have another child, your first together, how did the process go for you?
Amanda: We were married in Iowa on April 16, 2012, and nine months later Kayson was born. We found a sperm donor through a lesbian-owned sperm bank in California. We had to go through the formal adoption process to get Lori on Kayson’s birth certificate. We had to go through a home study and wait six months, and they could always have said no along the way. There’s a lot of social, financial and emotional risk.

417: Are you both mom to your kids?
Amanda: Wesley calls me Mom and calls Lori Lori. Kayson calls me Mommy and calls Lori Mama. But we have caught Wesley encouraging Kayson to call her Lori. We had a good conversation about how we're both Kayson’s parents and how Mom is a title of respect that is earned.

417: How does Wesley react introducing his two families to his friends and classmates?
Amanda: When we were shopping over Christmas, he told the person at the register, “I’m getting this for my step-mom, well actually I have two step-moms and one mom and one dad.” He just volunteers this info. He’s not ashamed or embarrassed.
Lori: In preschool, he had to bring in a picture of his family. We asked him what he wanted to do. We can do a picture of us and then do another of your dad and his wife. He said he wanted one of all of us. So we took a picture in our living room with all of us. This year for first grade, he took that picture to school to introduce himself.

Meet other local inspiring moms and gather little nuggets of wisdom along the way.