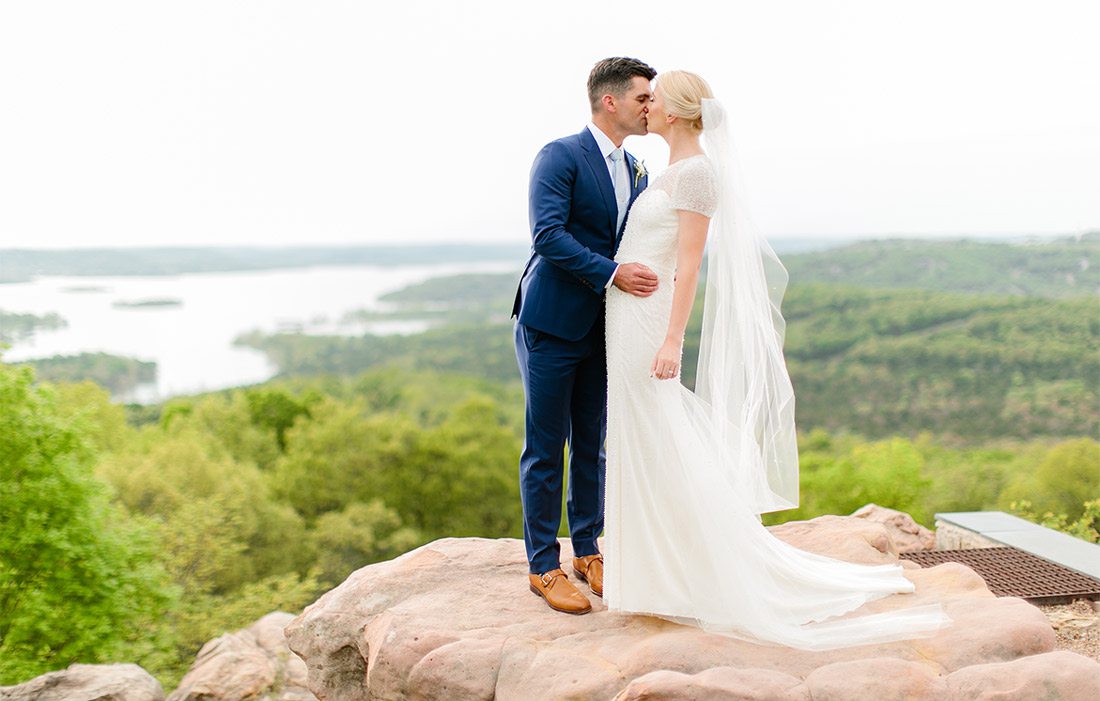 Co-workers Kelly Mindel and Brandon Gasparovic’s first date found them sitting right behind home plate after her sister offered them tickets to a St. Louis Cardinals game. “We were on TV basically the whole game,” Kelly says. “And we didn’t want anyone to know that we were going to start dating. Of course, everyone saw us on TV, so the cat was out of the bag immediately.” When Kelly saw how well Brandon got along with her friends who attended the game, she says she “kind of knew right away that we were going to get married.”

Brandon asked Kelly’s parents for her hand in December 2019, but the pandemic changed his proposal plans. He finally popped the question in May 2020, with the help of his Yorkie, Harley. “He said something like, ‘Oh, look at Harley’s new collar! I just got it,’” Kelly says. “I looked at it, and there were rings on top of it.” By the time the wedding arrived in May 2021, Kelly says they were able to “do everything how we wanted.” It was also a wonderful time to renew relationships with family, as many of them hadn’t seen each other in a long time.

Kelly knew she wanted to get married at Big Cedar Lodge after making yearly visits during the Fourth of July with family. Brandon loves playing golf there as well, so he and his groomsmen enjoyed a round of golf amidst the celebration. After what Kelly says was a “jam-packed weekend” of pre-wedding events like a bachelorette party on The Lady Liberty, the party spirit continued with dancing and fireworks at the reception. “The whole thing about my wedding is I wanted it to be comfortable,” Kelly says. “I was able to relax and marry the love of my life. And that’s all I really wanted!” 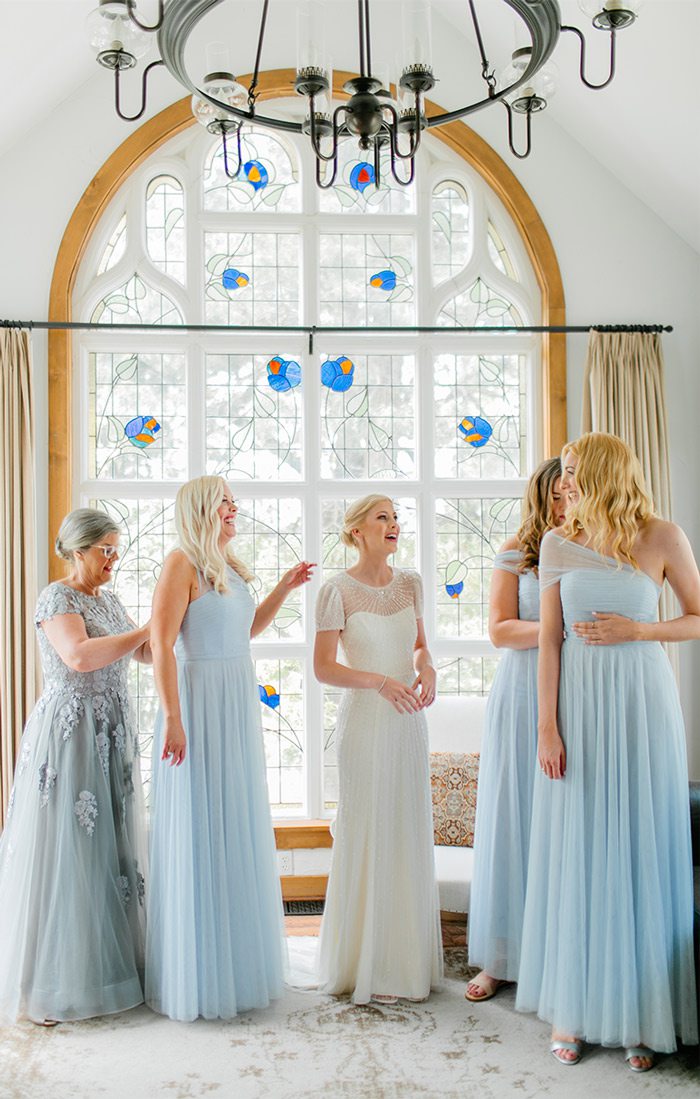 Photos by Christine Bonnivier PhotographyKelly’s sister and two cousins were bridesmaids, and the group got ready at the Carriage House Cottage at Big Cedar Lodge. 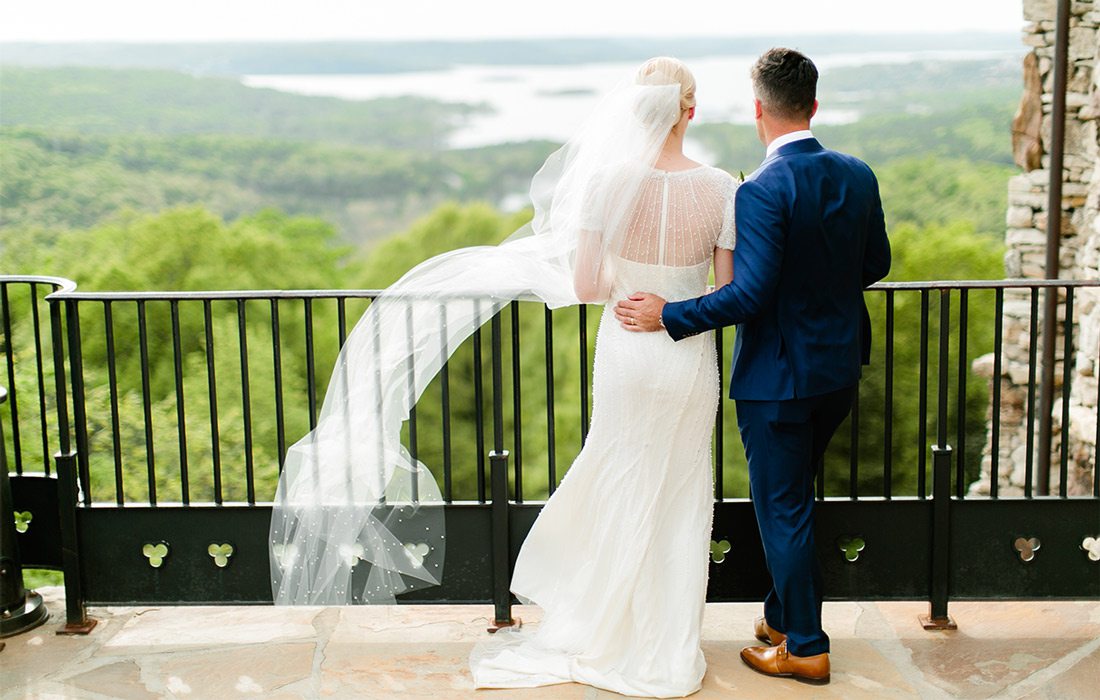 Photos by Christine Bonnivier PhotographyThe tranquil scenery of Top of the Rock added to the easygoing vibe of the day. 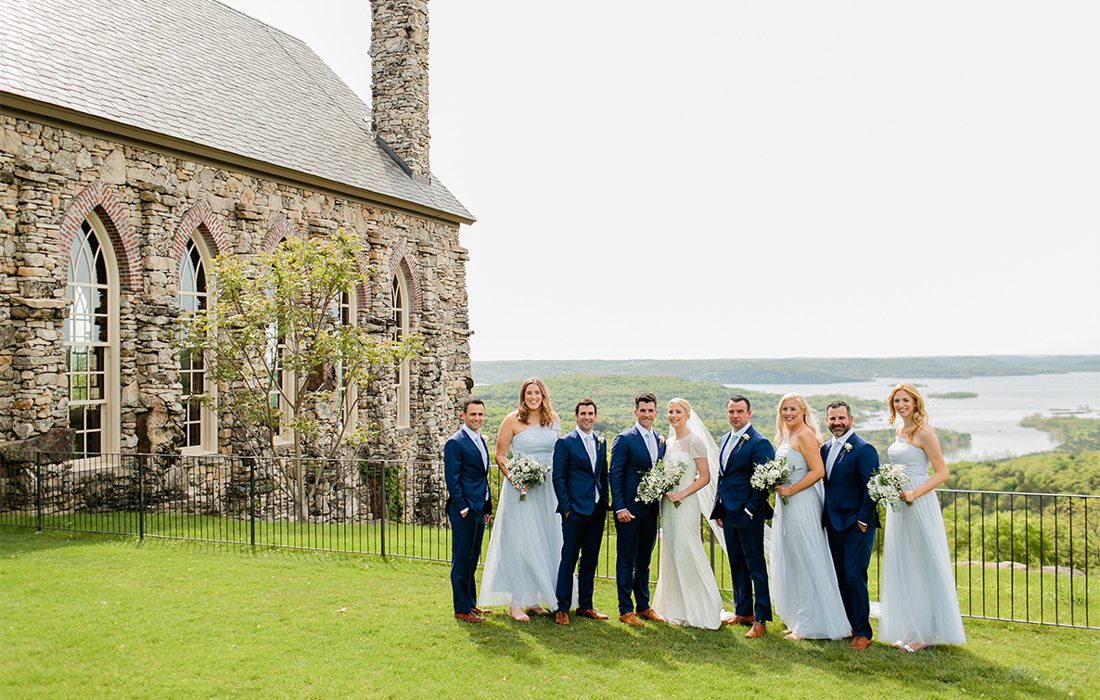 Photos by Christine Bonnivier PhotographyKelly and Brandon were married in Chapel of the Ozarks.