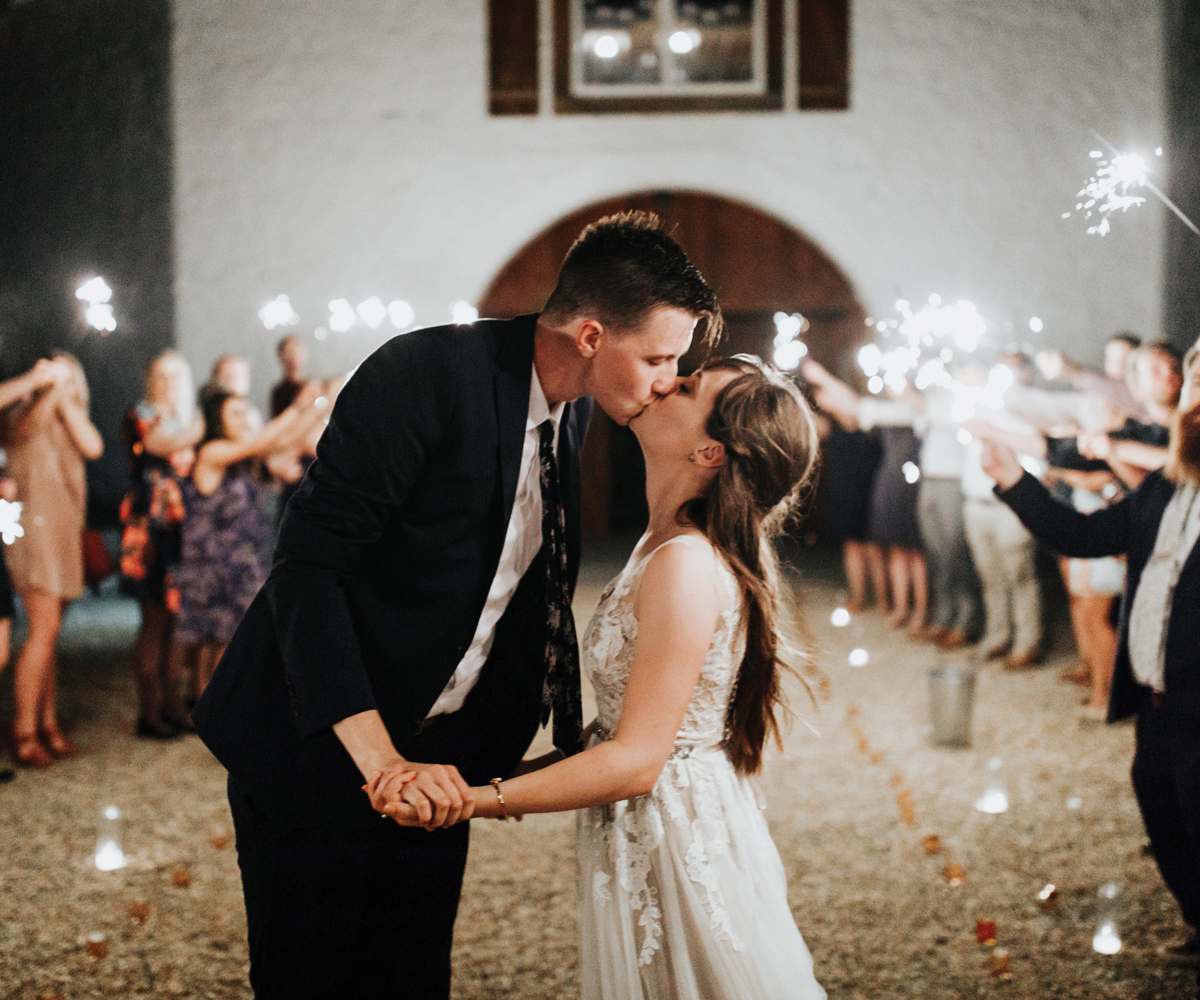 Photos by Andrew Edwards PhotographyChandler and Tessa had been together for almost six years before tying the knot. Their wedding guests had a sparkler send-off, reminiscent of the couple’s engagement during a fireworks show.

Little did freshman Chandler Cooper and junior Tessa Hull know wedding bells were in the air during their orchestra class at Parkview High School. He played cello, and she played violin. After working up some courage, Chandler asked Tessa to the homecoming dance, and their relationship flourished.

Initially, the couple went to separate colleges before landing at Missouri State University, and over the years, they faced a few life changes as a couple, including the loss of Tessa’s father. “We’ve been together for a long time,” Tessa says. “Being able to grow up together and form the same values and life experiences has really helped us prepare for marriage.”

As years passed, Tessa, now a part of Ozarks Food Harvest’s communication team and a freelancer, and Chandler, a chorale assistant at Parkview High School  and vocal music education student at MSU, began talking about taking the next step forward. Tessa picked out her own ring online, but it wasn’t until a few months later on a trip to Chicago that Chandler proposed.

“We wanted to experience a big city together, so we stayed with friends and explored and visited different coffee shops,” Tessa says. “I had a feeling he would ask, but I wasn’t sure when.” The two walked along the Navy Pier, rode the Ferris wheel and went for a night boat ride to see the city lights. It was as fireworks shot off that Chandler dropped to one knee.

When planning the wedding, Tessa wanted romantic, whimsical decor and combined navy and coral with turquoise and light pink. Their wedding night concluded with a sparkler send-off and fireworks to create a full-circle ending to the couple’s engagement. 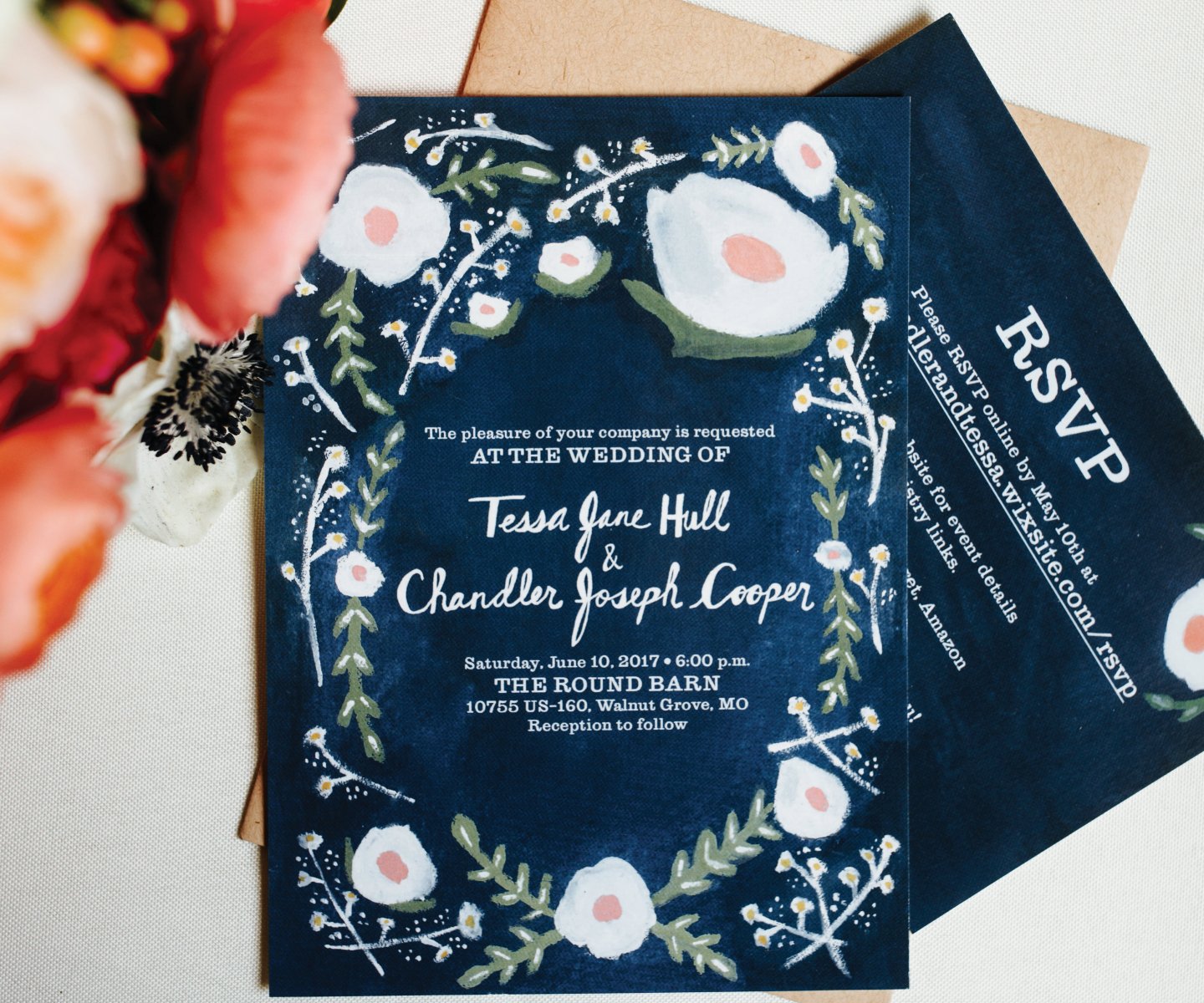 Photos by Andrew Edwards PhotographyThanks to her design minor, Tessa created the invitations herself. She hand-painted them and manipulated the coloring on Photoshop to make the invitations pop. 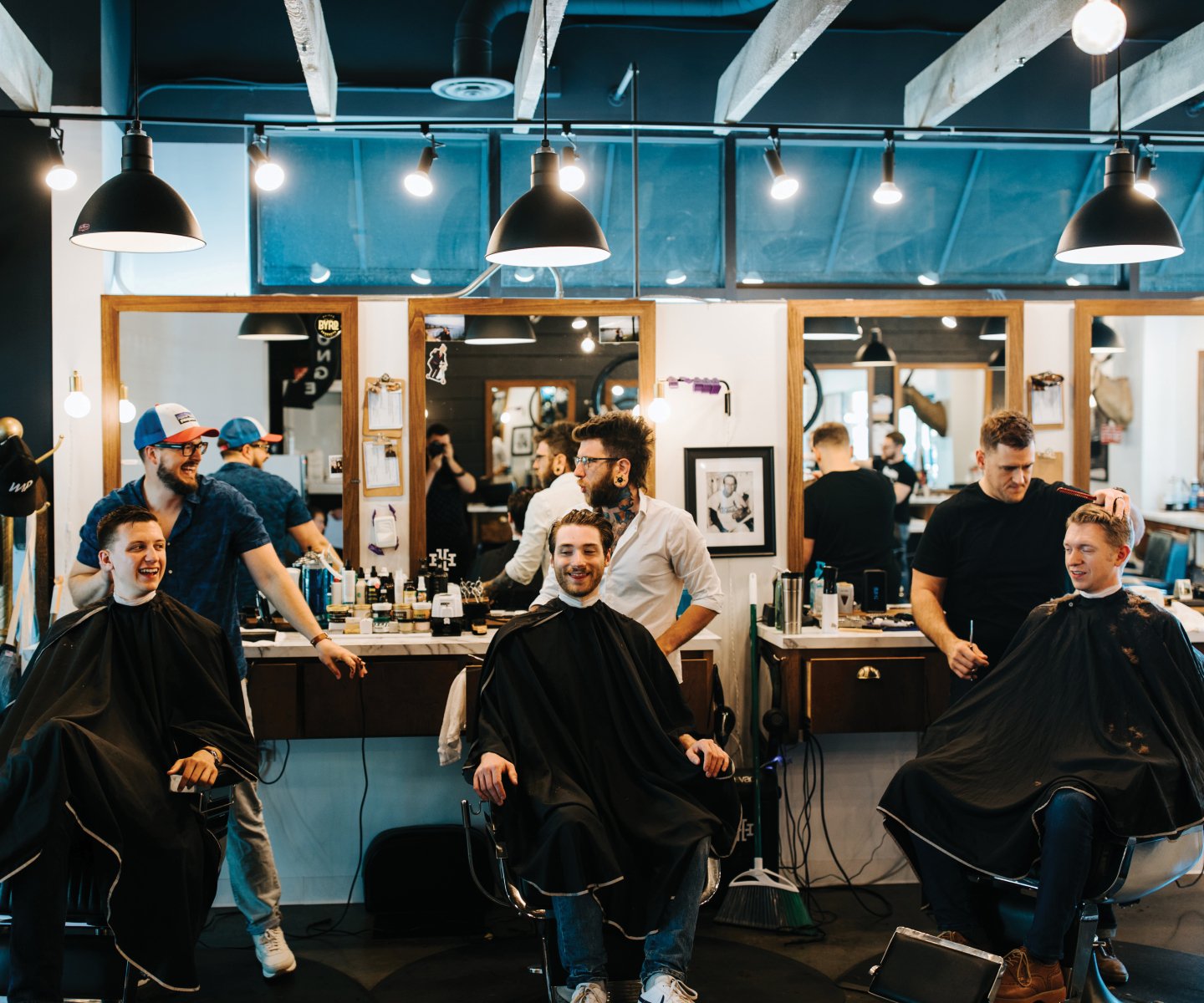 Photos by Andrew Edwards PhotographyChandler visits Thad Forrester at Hudson / Hawk Barber & Shop frequently for a haircut, so he decided the wedding should be no different. He, his best man and groomsmen all received haircuts before the wedding. 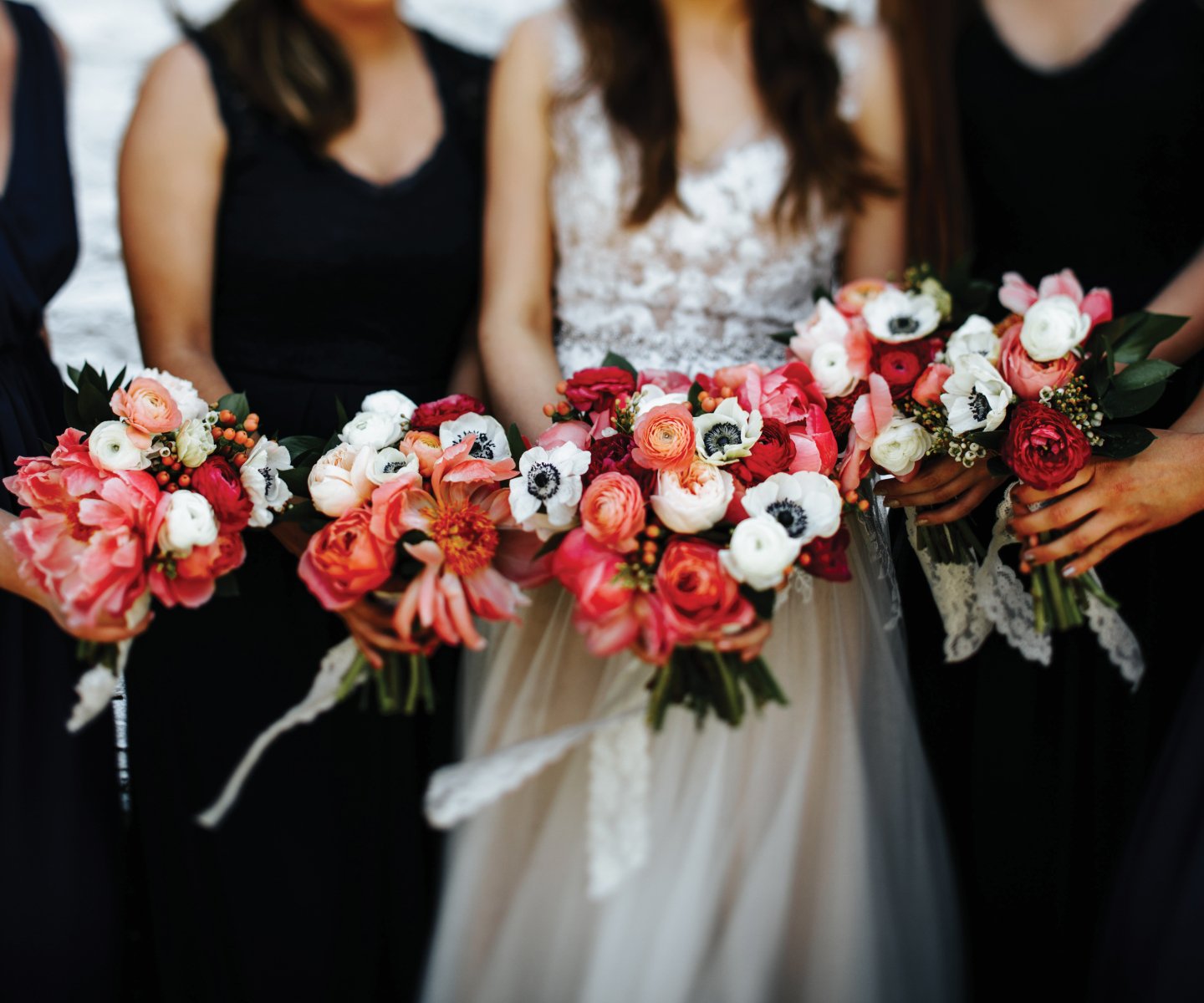 Photos by Andrew Edwards PhotographyEach flower in the bouquets was picked out by Tessa. The arrangements included Romantic Antike garden roses; peach, pink and white ranunculus; fuchsia peonies; Israeli ruscus; and more. “I basically created my dream bouquet because all of [the flowers in my bouquet] are my favorite flowers,” Tessa says. 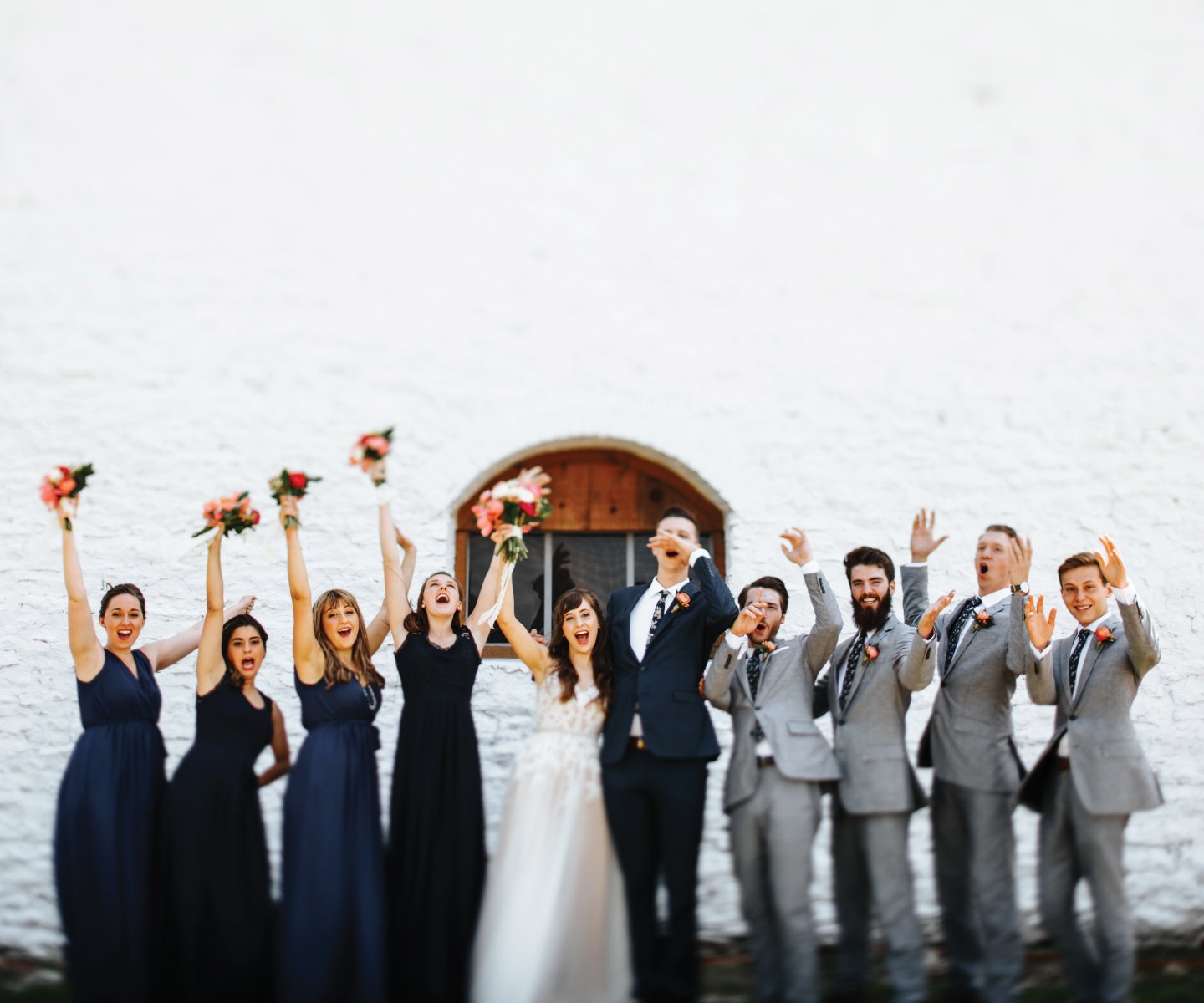 Maid of honor Gracie Hood and best man Robbie Ashurst were the first to witness the budding relationship of Chandler and Tessa. Gracie encouraged Tessa to be Chandler’s homecoming date, and Robbie took Gracie as his date so all four could go as a group. Five years later, Gracie and Robbie, along with a few others, stood beside the couple as they said I do. 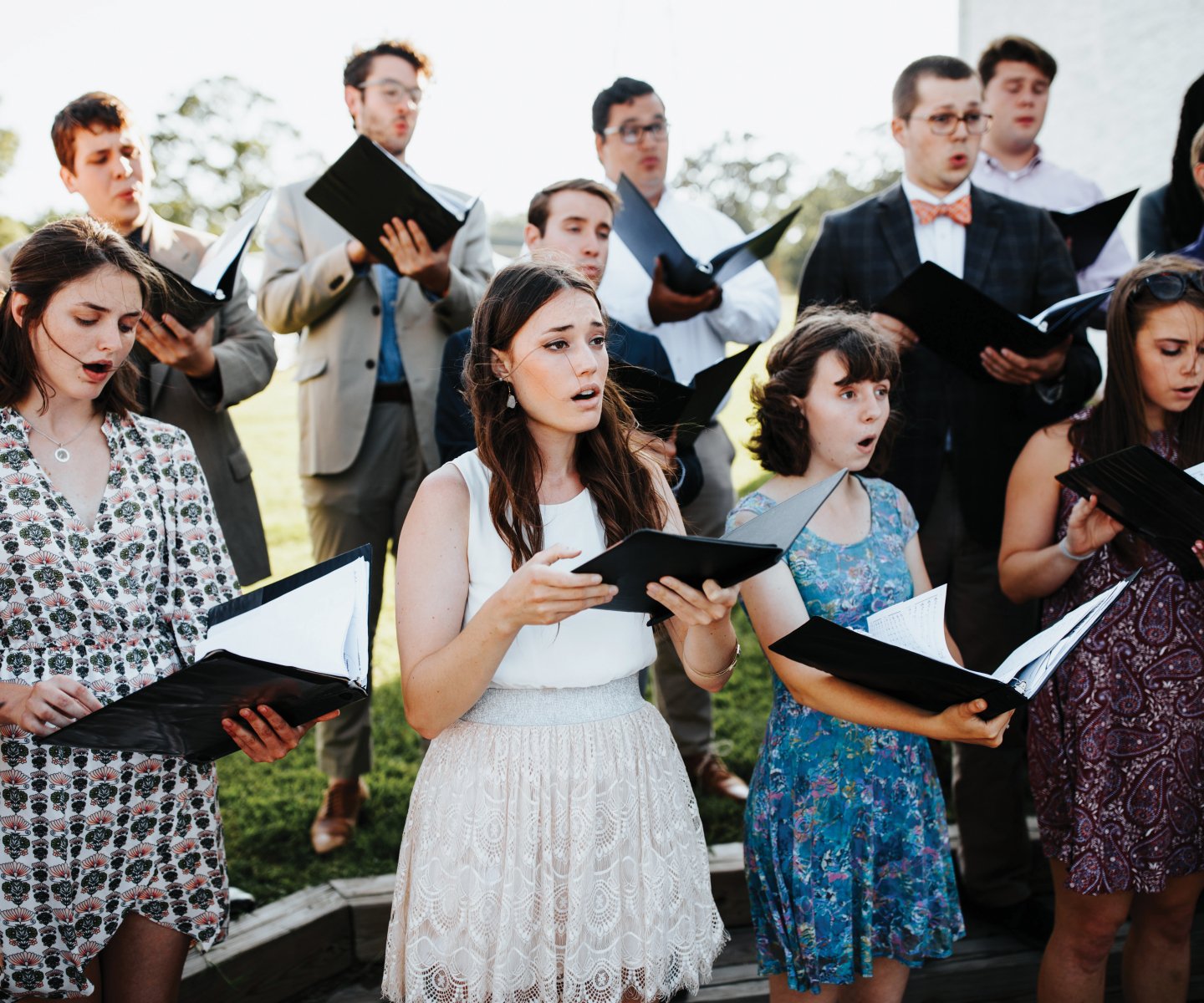 Photos by Andrew Edwards PhotographyMembers from the Missouri State University Chamber Choir sang at the couple’s ceremony. Chandler studies music at MSU, so this was a personal touch. 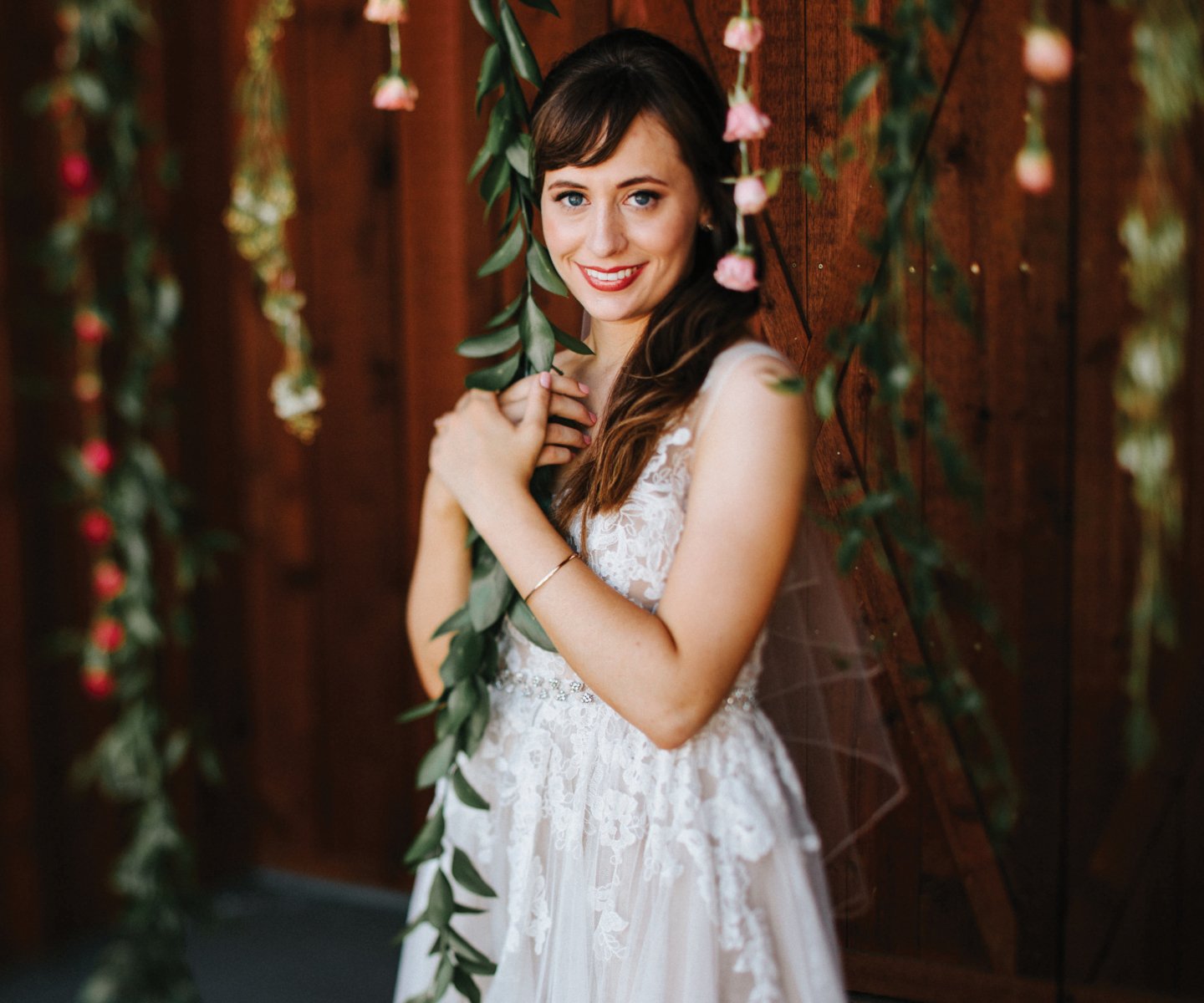 Photos by Andrew Edwards PhotographyWhen Tessa started planning her wedding, she chose the flowers first and let the colors and type of flowers dictate all the day’s other details. When flower vendor He Loves Me Flowers by Charity said they could create a custom piece to add to the backdrop, Tessa eagerly accepted. 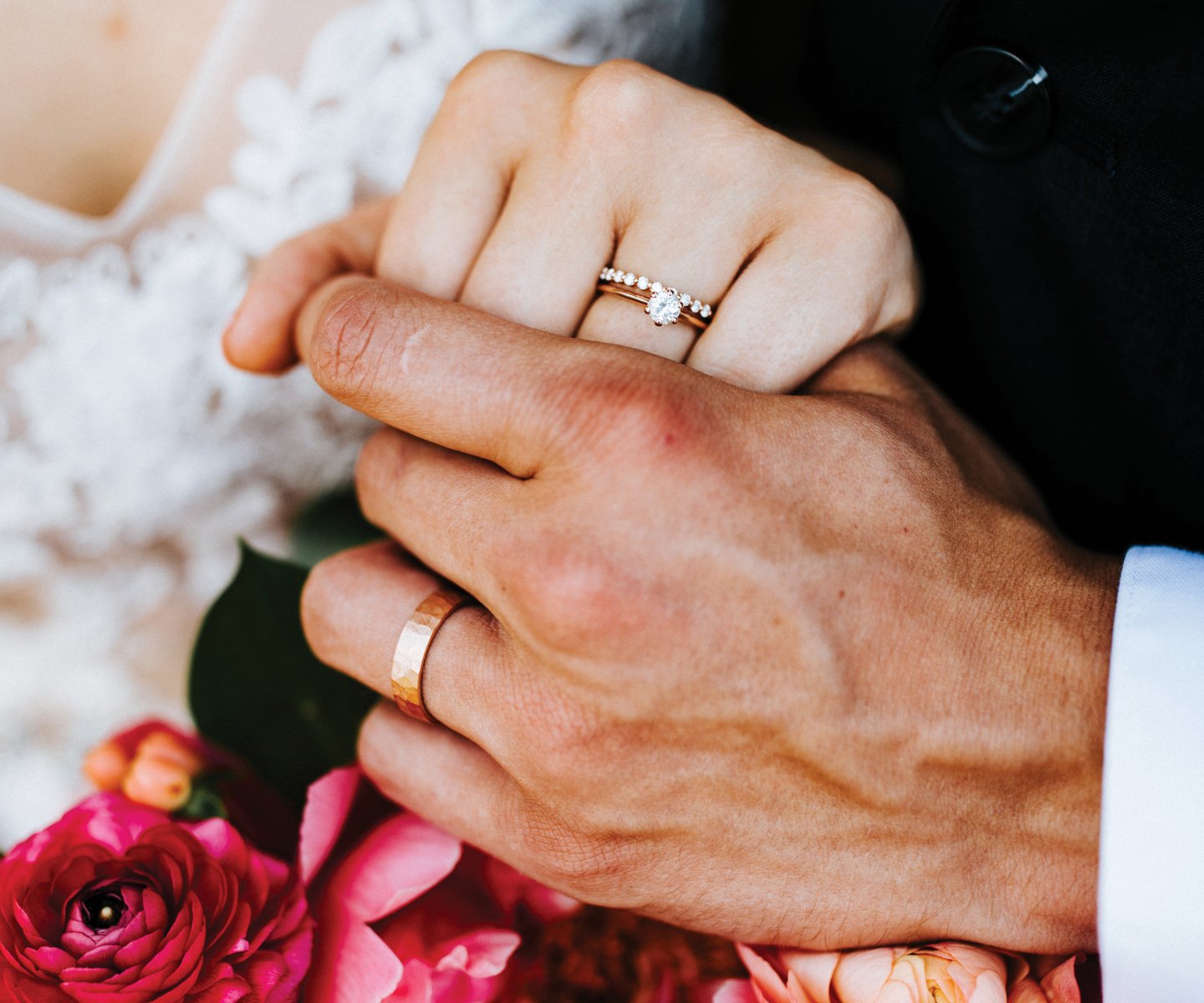 Photos by Andrew Edwards PhotographyTessa and Chandler both bought their rings from Etsy. Each wanted something rose gold and enjoyed the opportunity to customize their options online. 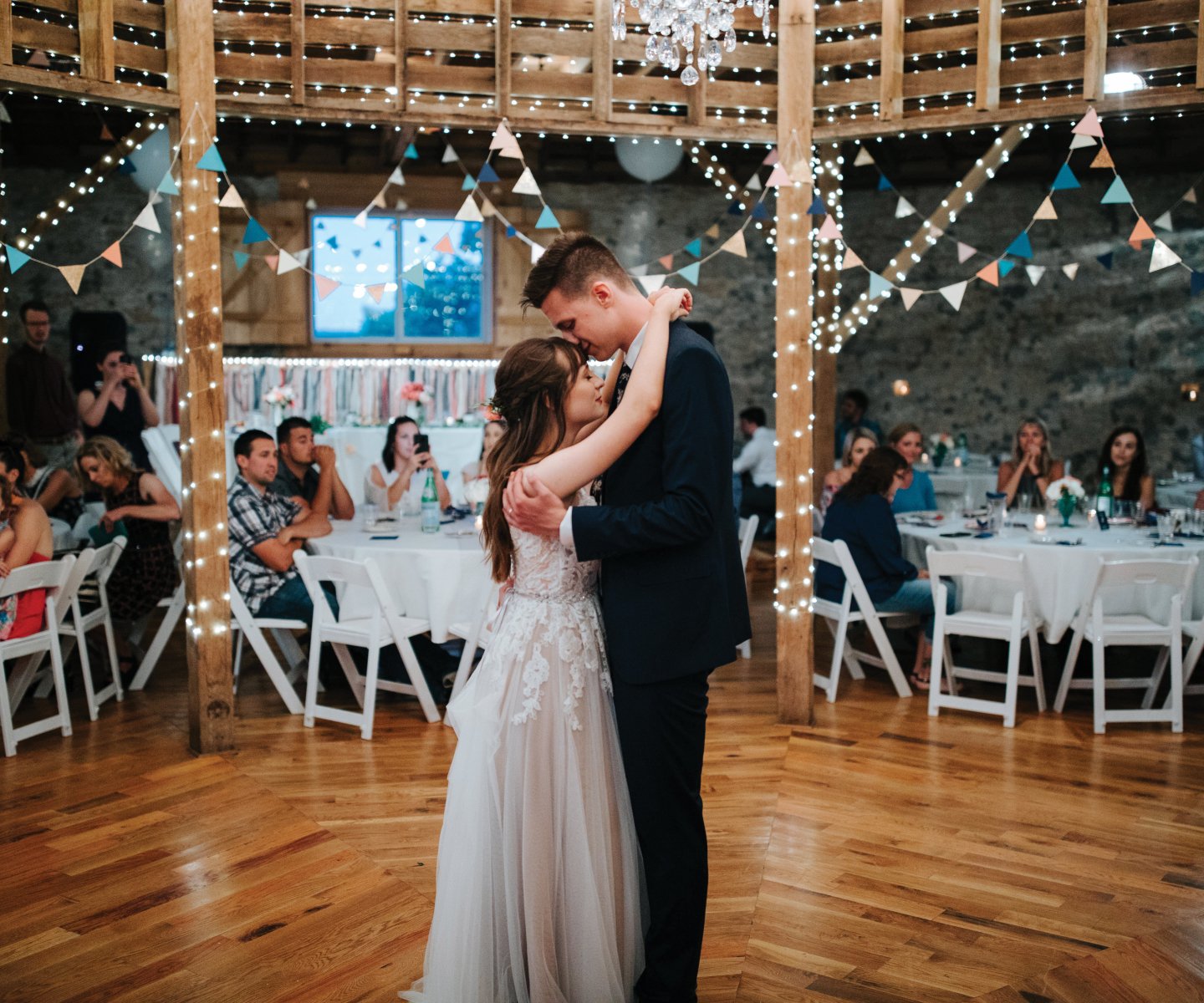 Photos by Andrew Edwards PhotographyThe couple’s first dance was to “Nothing Matters When We’re Dancing” by The Magnetic Fields. 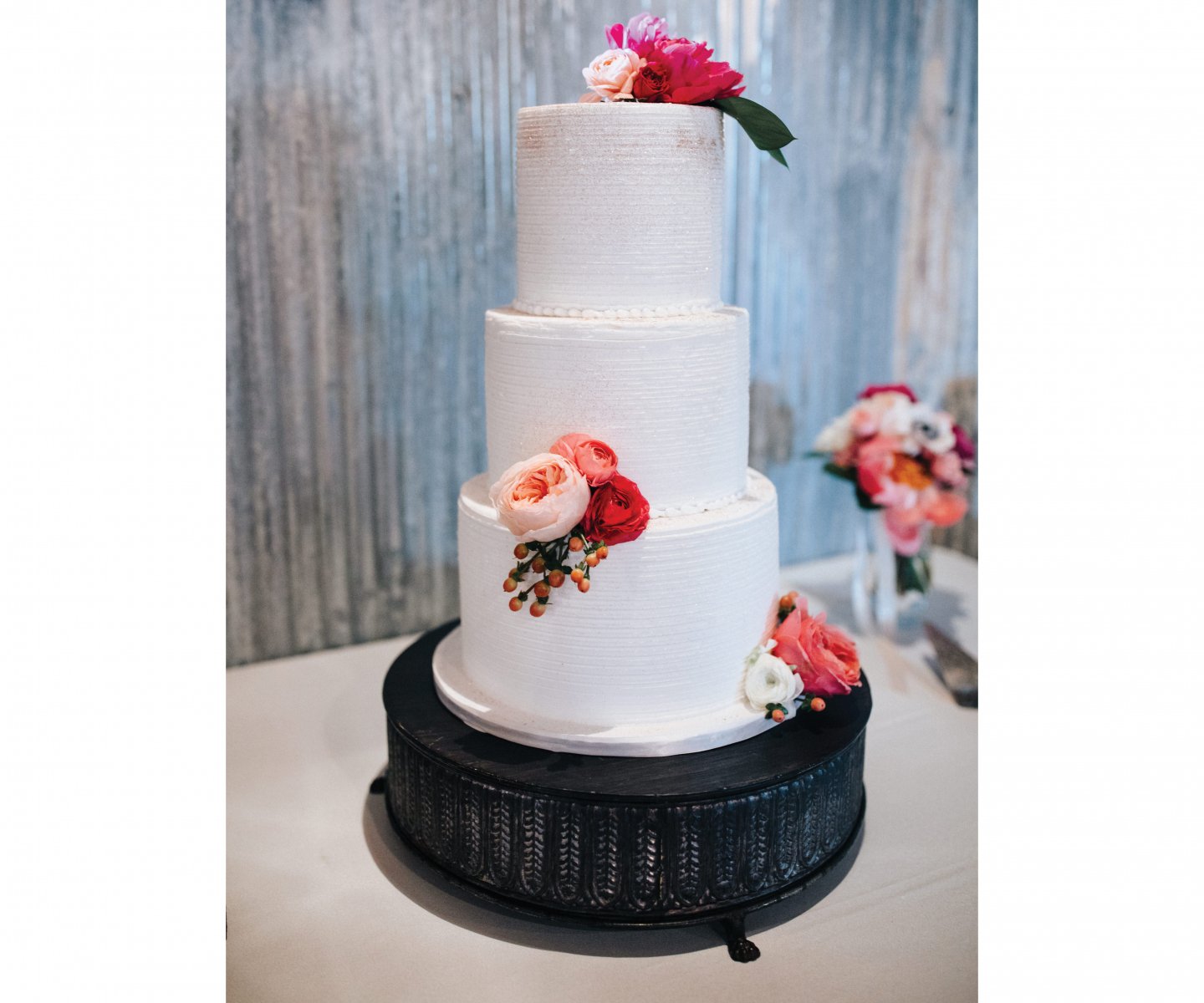 Photos by Andrew Edwards PhotographyThe couple decided to have a three-tiered wedding cake, each with a different filling. They also enjoy chocolate with banana frosting and decided to offer it in a groom’s cake. Banana nut muffins were served with dinner. 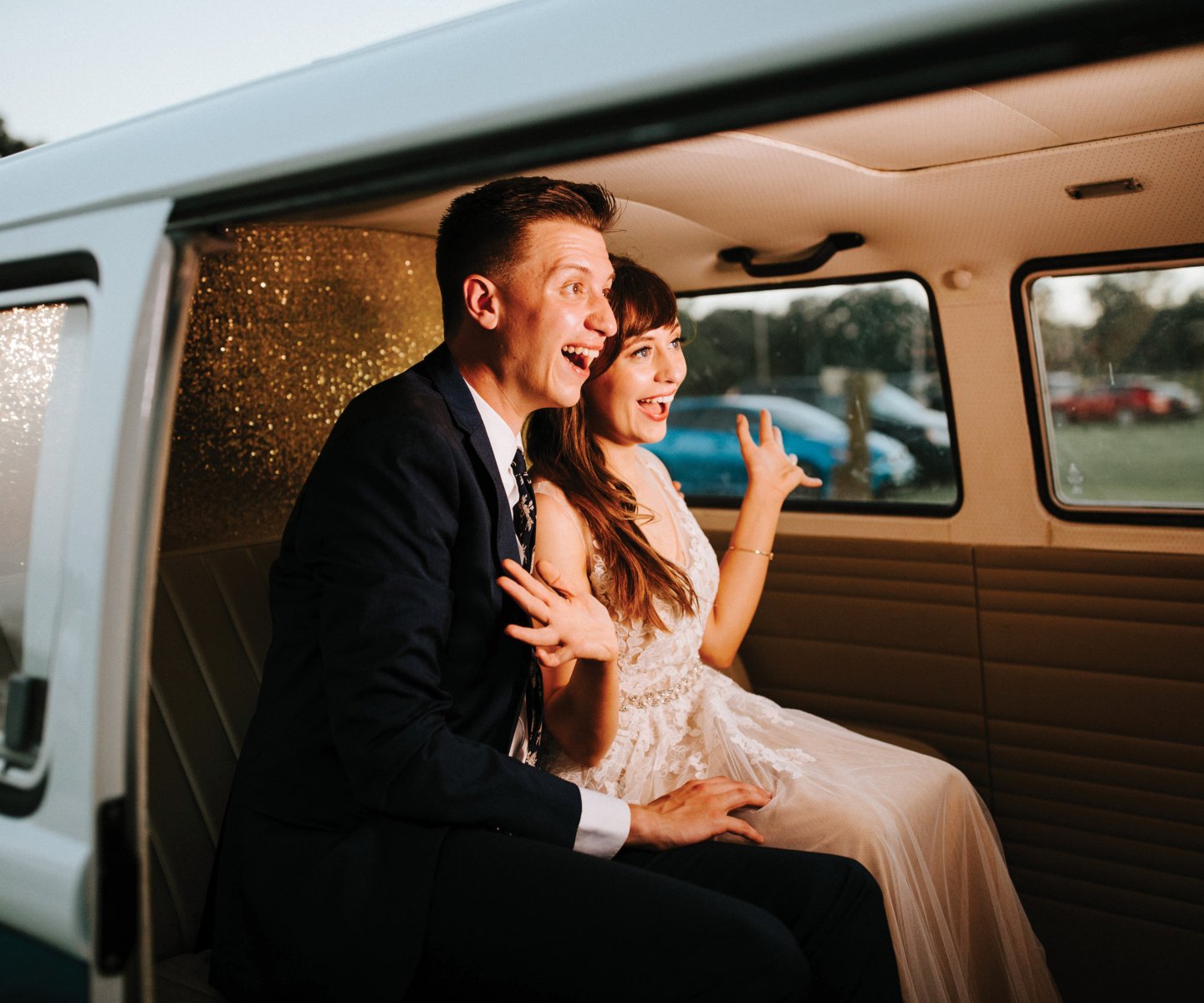 Photos by Andrew Edwards PhotographyAt the reception, Tessa and Chandler had a photo booth inside a vintage bus, which the couple borrowed from Tessa’s former boss and friend Bryan Simpson. 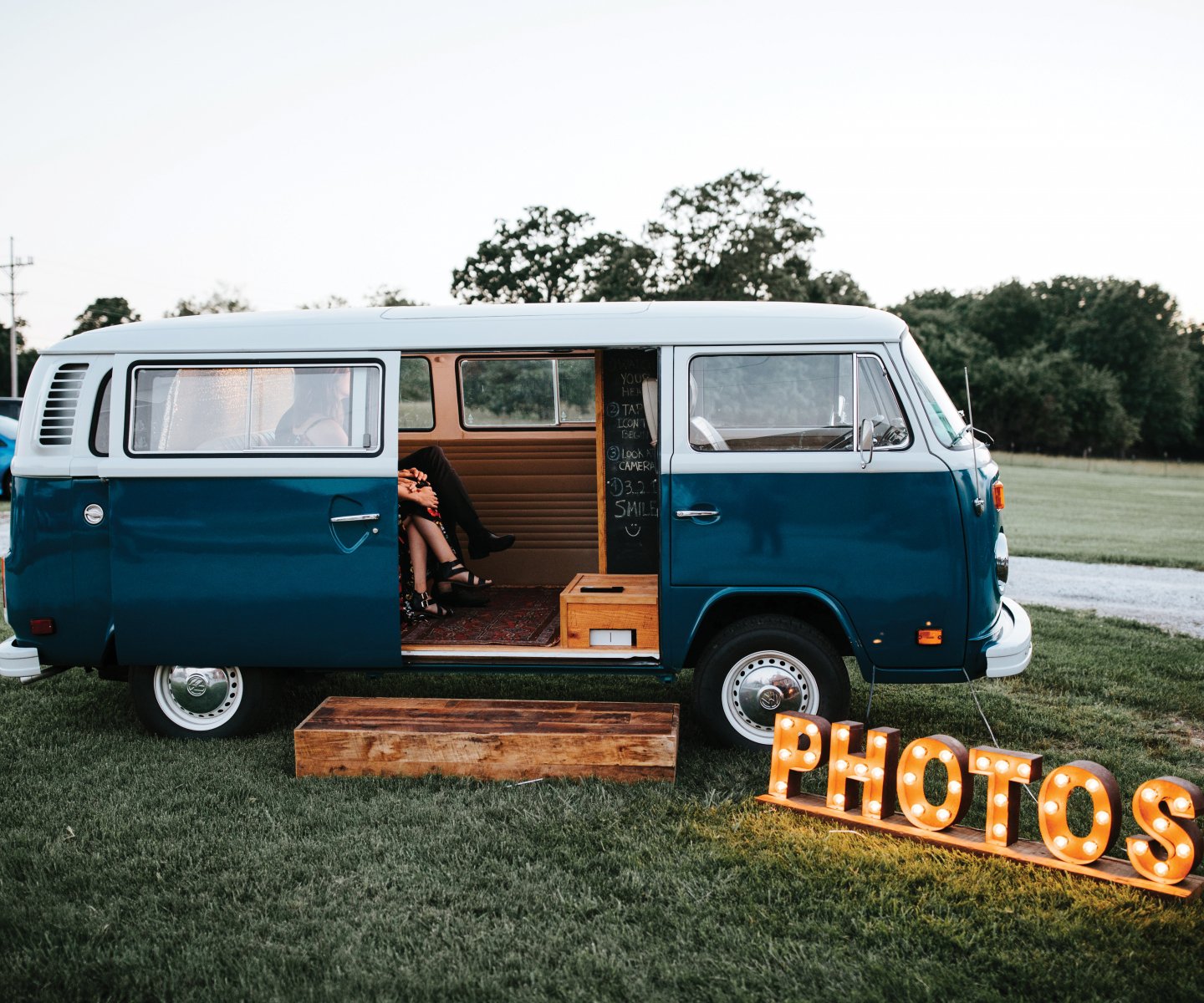 Photos by Andrew Edwards PhotographyGuests were encouraged to visit the photo booth bus throughout the night and take home the quick printouts as party favors. 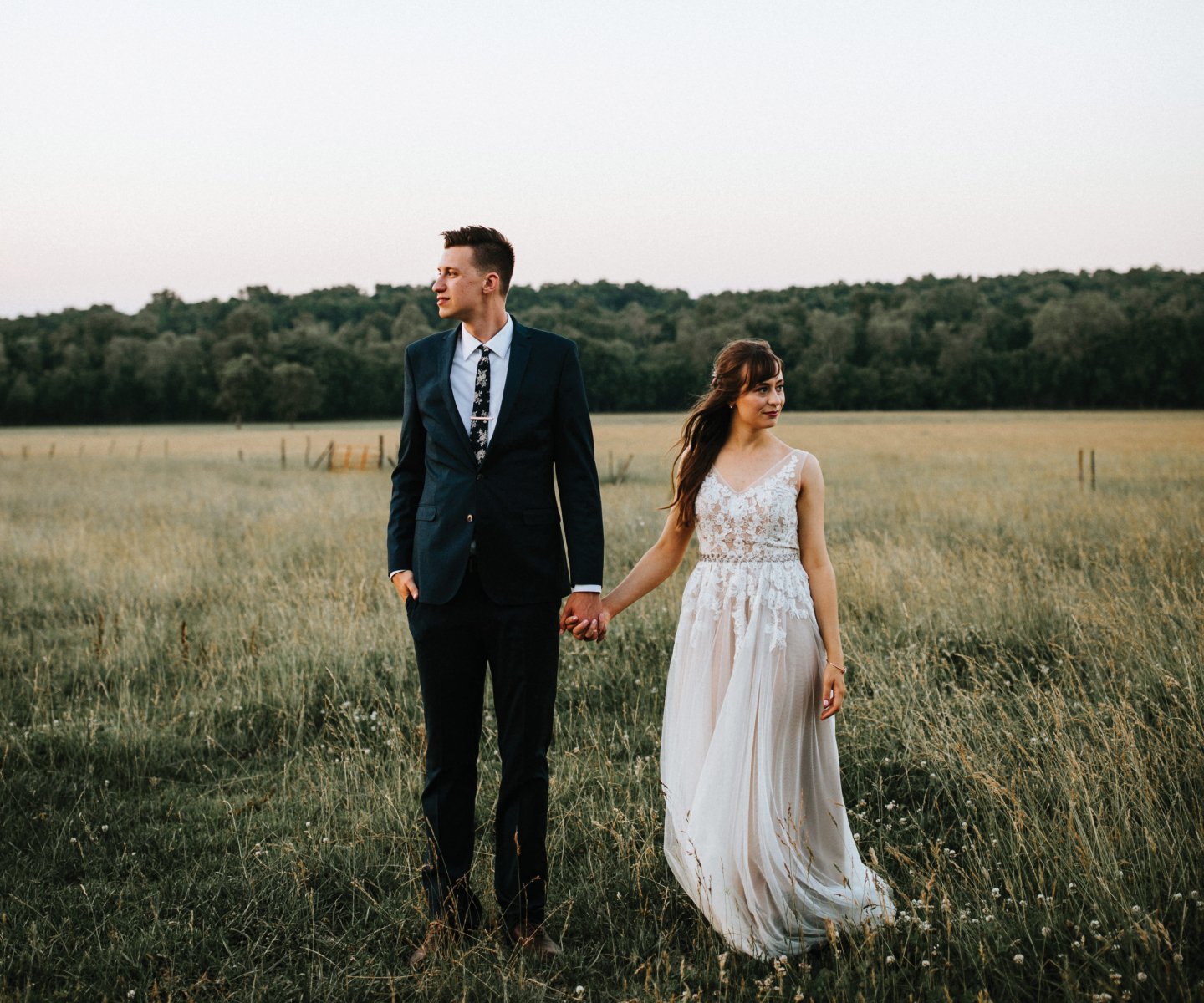 Photos by Andrew Edwards PhotographyLooking back at their wedding photos and video, Tessa and Chandler enjoy experiencing the day all over again. “It’s funny to look back because the video caught one of Chandler’s friends opening his eyes during a prayer and kind of looking around,” Tessa says. “It’s cool to just be able to look back and feel everything from that day again.”