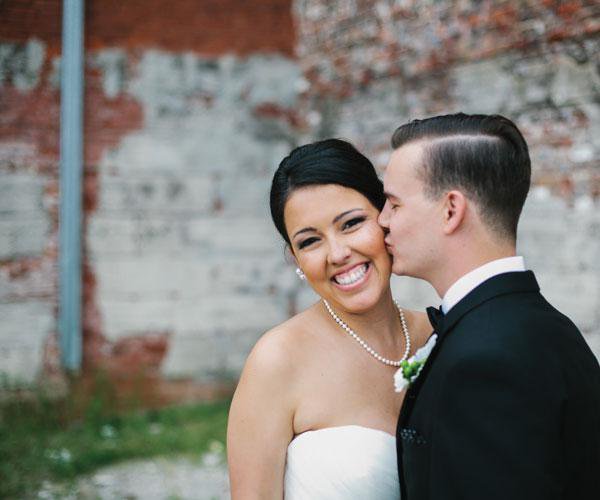 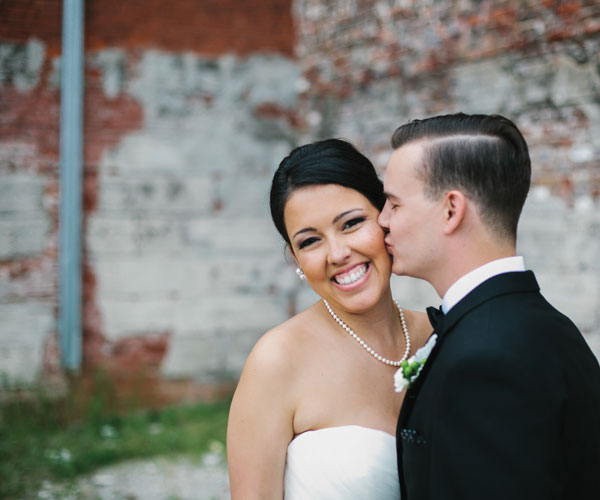 In true digital-age fashion, the online universe aligned perfectly to bring JuliRose Martinez and Josh Sullivan together. Both were attending school in Orlando, Florida, and both were avid bloggers who used tumblr.com to share their thoughts on music, psychology (JuliRose’s major), design (Josh’s major), art, Top Chef and more. “My friend Sharmin, determined to meet new people, found Josh’s blog and suggested I follow it,” JuliRose says. “I did. Then Josh followed mine, and the rest is history!”

Once connected, the pair chatted online, discussing their interests, sharing music and getting to know one another. After what Josh describes as “months of courting,” the bloggers finally met face to face on historic Park Avenue in Winter Park, Florida. “We walked along the park, climbed a tree and talked,” JuliRose says. The two have been inseparable since.

Four years later, the couple moved to Springfield as Josh’s mother, Cyndi Sullivan, was battling cancer—a fight she eventually lost. Without big plans for New Year’s Eve, Josh cooked an elaborate candlelit dinner in their new home, and popped the question with his mother’s engagement ring. “He got very romantic, and I was crying,” JuliRose says. “It was perfect.”

The lovebirds tied the knot on May 18, 2013, during a short but sweet ceremony at The Vesta Room. JuliRose’s maid of honor was her sister, Victoria Martinez, and her bridesmaids were Sharmin Aziz, Stephanie Devane and Alex Alvarez. Josh’s best man was Van Bridges, and his groomsmen were Josh Widner, Clayton Perryman, JuliRose’s brother Nicolas Martinez and Thad Davis. Guests enjoyed a classy take on Southern food thanks to Simply Delicious Catering, and the always lively Pearl Nation kept the dance floor packed. Today, JuliRose is a digital producer for 417 Magazine, and Josh is an art director at Alchamedia Project. The creative couple also owns The Basement, a small-run screen printing shop, on the side. 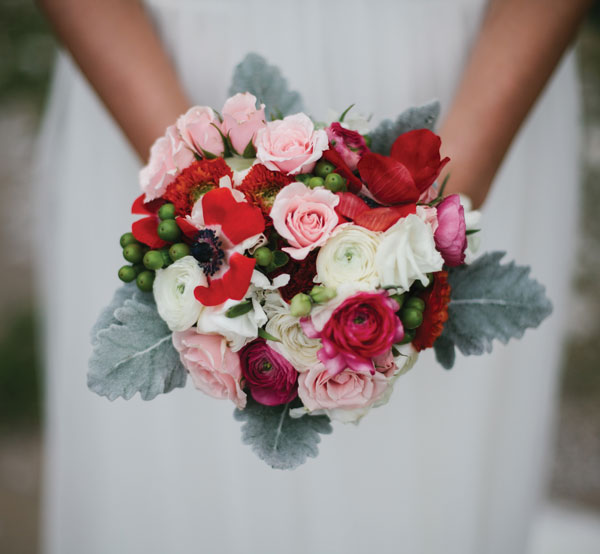 JuliRose’s rose and anemone bouquet was made by Lilly’s Floral. 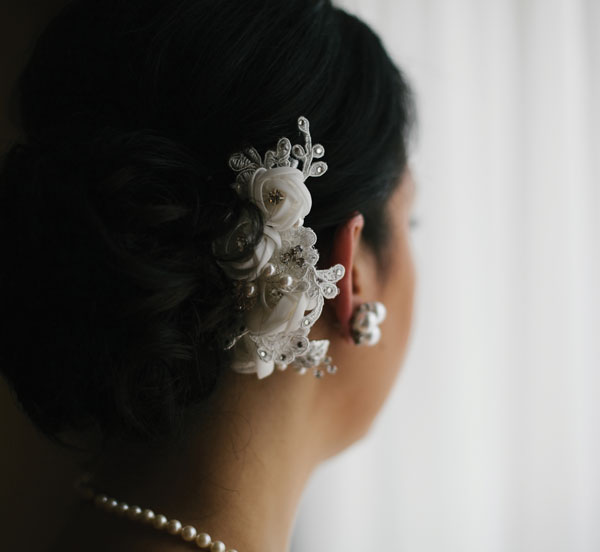 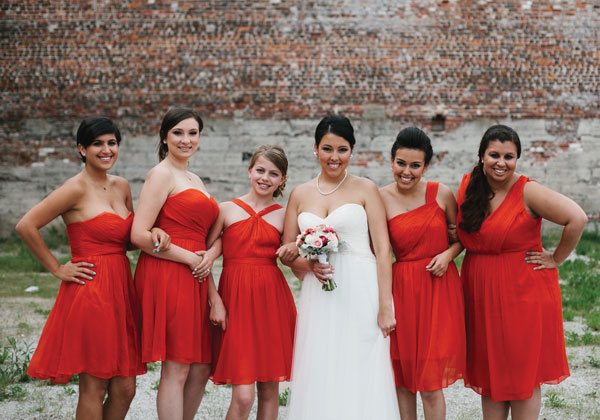 She stopped with her bridesmaids in downtown Springfield for wedding photos 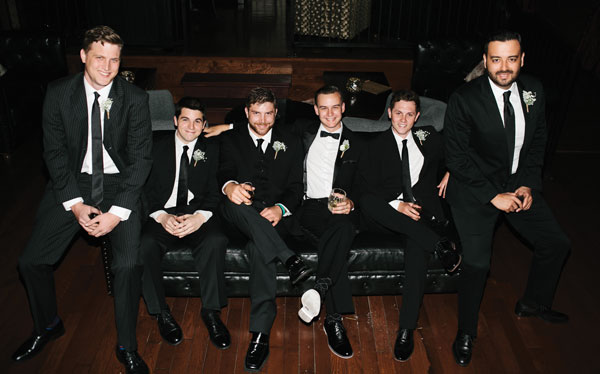 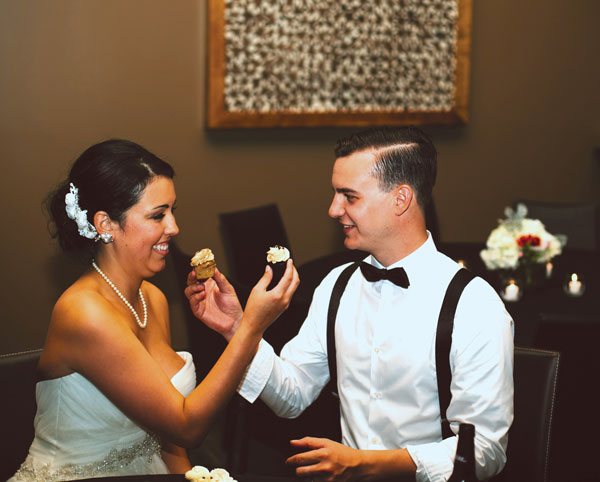 Instead of a traditional cake cutting, JuliRose and Josh enjoyed cupcakes at the reception 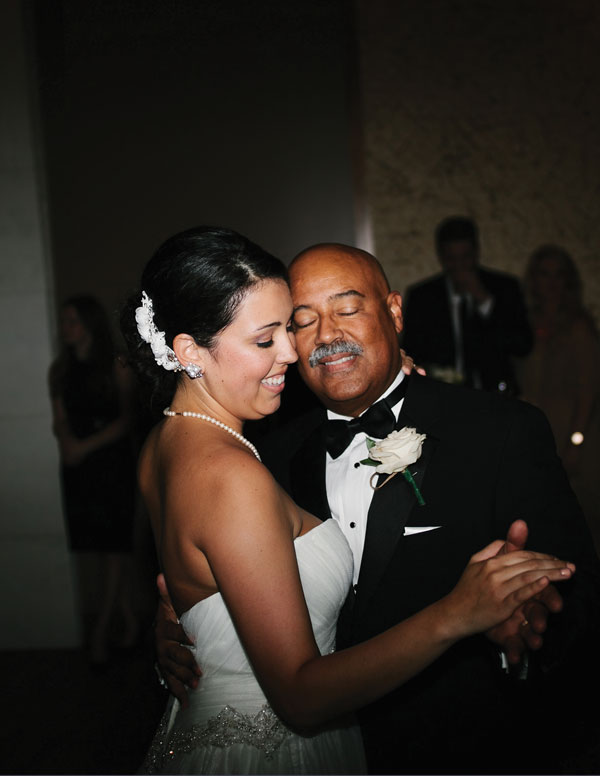 JuliRose and her dad, George, shared the first dance at the reception.