Nathan Taylor of Obelisk Home chose to use a unique, contrasting design tiled floor with an intricately patterned carpet in this over-the-top and decadent attic space. 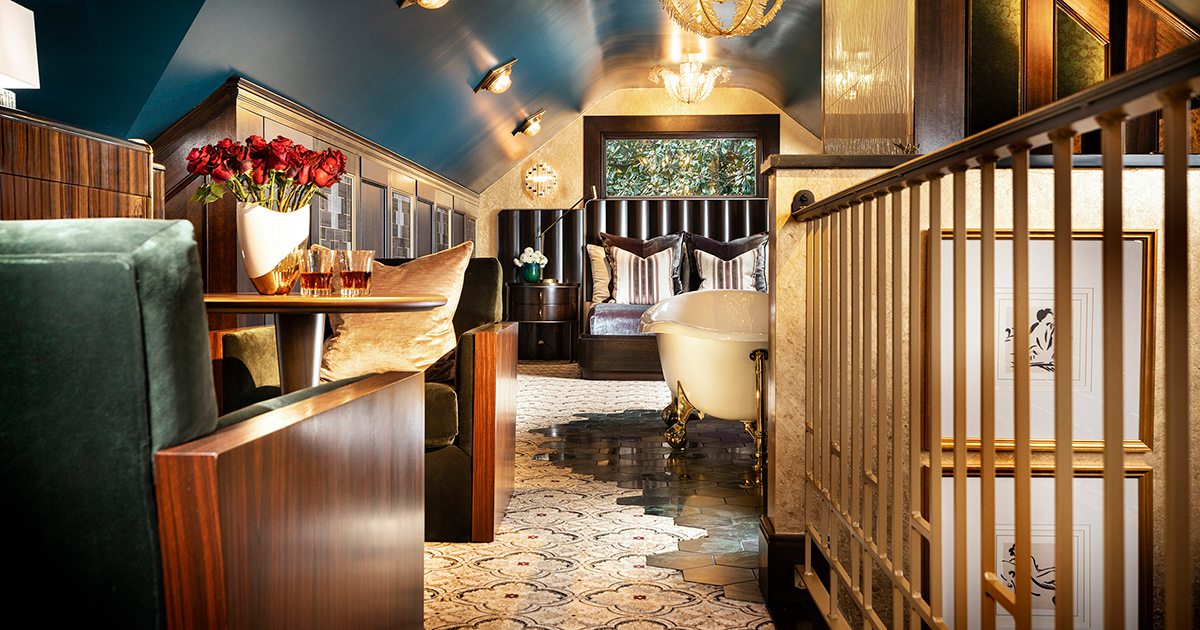 Photo by Jeremy Mason McGraw, Global Image Creations and Colby KernThe homeowner wanted to recreate the look and feel of the Orient Express.

PROJECT GOAL: The homeowner for this project wanted to create a space inspired by the Orient Express, with an eye for opulence but a sense for subtlety to make sure things don’t get too gaudy. The distinctive tile-and-carpet design is what got this home the award for Best Flooring Throughout.

“The client wanted to convert the old attic to look as much like the Orient Express as possible,” says Nathan Taylor of Obelisk Home of the property that was awarded Best Flooring Throughout. “They gave me that as a starting point.”

The attic space seen in the photos had started out as a bare-bones, basic room with only a small bathroom and old pine on the walls and ceiling. “We started with a pair of chairs that have dark green and velvet on them,” says Taylor. “That was sort of the basis for the color palette.”

From this aesthetic starting point, Taylor and the team developed the room from the floor up. “The idea was to continue with the dark green element,” says Taylor, describing how they set about designing the unique, contrasting design of the tiled floor under the bathtub and the intricately patterned carpet. 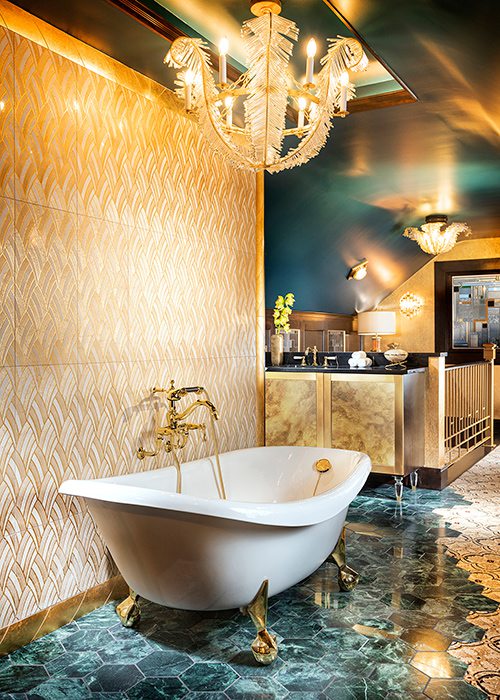 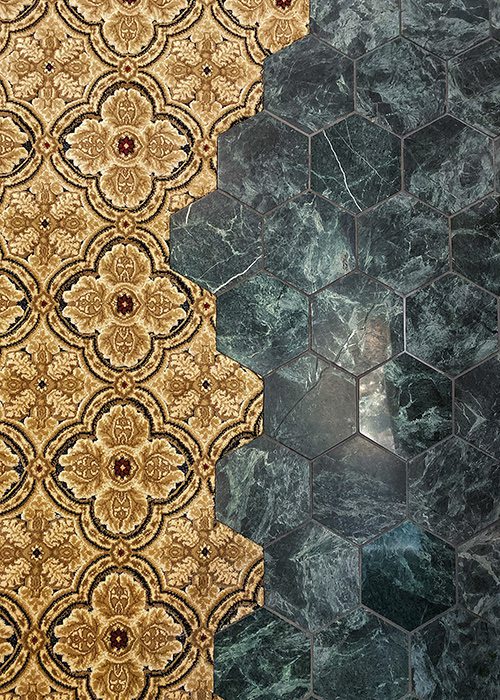 Photos by Jeremy Mason McGraw, Global Image Creations and Colby KernThe ornately detailed, gold carpet and splash of tiles were deliberately placed to offset each other and draw the eye. 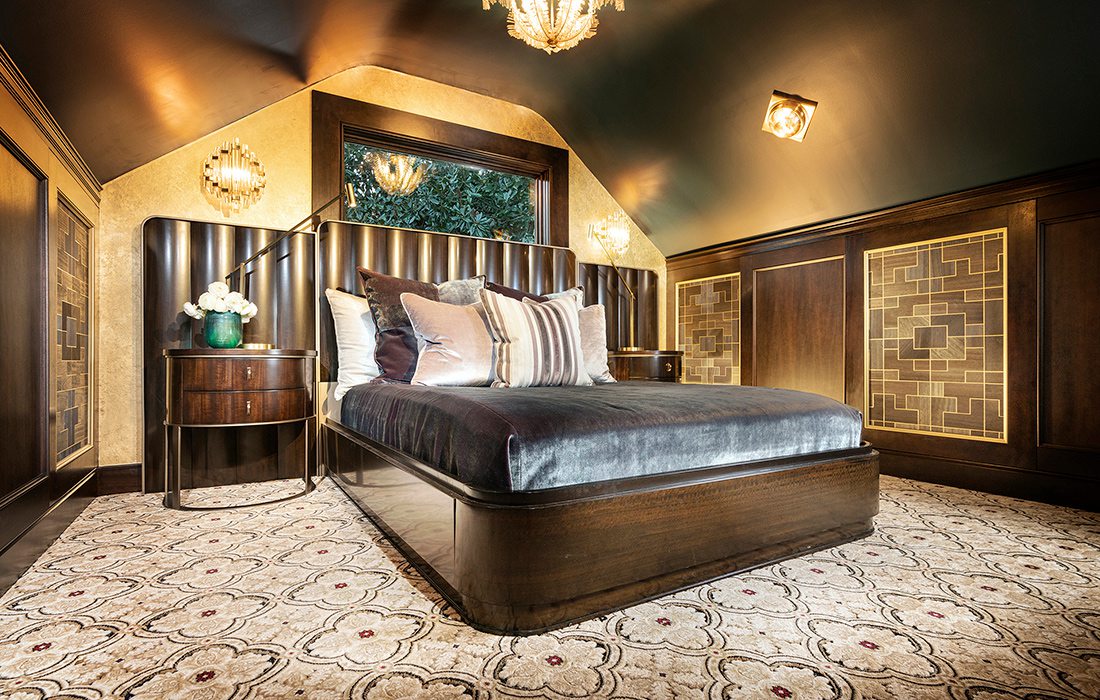 Photos by Jeremy Mason McGraw, Global Image Creations and Colby KernThe detailed carpet that set the tone for the overall design of the space is infused with gold leaf.

He continues: “We had [the tiles] custom cut into that size so that we could have an over-scaled mosaic, then we did honed and polished [tiles] as an alternating pattern so it created the visual highs and lows. The honed [tiles] were so the entire floor wasn’t slippery because it is green marble.”

Offset against the green marble tiles is the highly detailed carpet. “It’s got metallic gold thread woven through it,” says Taylor. “The idea was, because we didn’t really have a wealth of space for art, for the floor to be the art. I've never done something that drastic, you know, two very strong patterns paired together [...] The carpet and the green marble were the first things we had, then everything else kind of fell up from that.”

The tiled section, designed to evoke water that’s spilled over onto the floor, serves as a platform for the ornate standing bathtub. “We had to redo all of the plumbing,” says Taylor about fitting the vintage-design tub. “We also widened the room and went up as high as we could on the ceiling to allow for that train-car feeling.” Describing the research process used to create the space, Taylor says that the team combed through historical photos of the Orient Express, searching for anything they could find that fed into their inspiration. “We literally reinvented the entire space.” Taylor says. “The staircase is the only thing that’s in its original location.”

As for the homeowners who hired Taylor and the Obelisk Home team to reinvent the space, he says: “They were blown away, they absolutely love that space.” 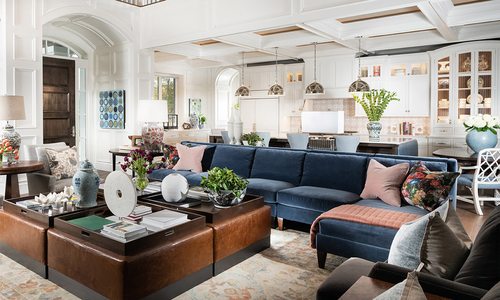 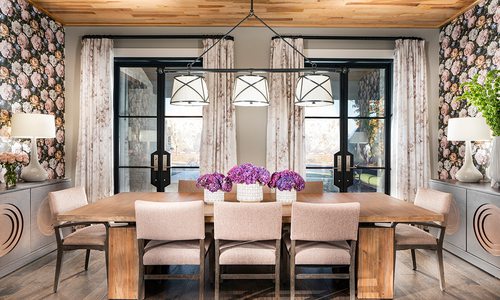 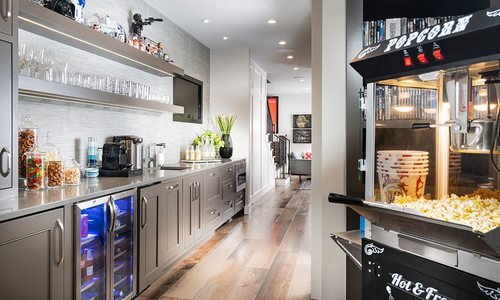 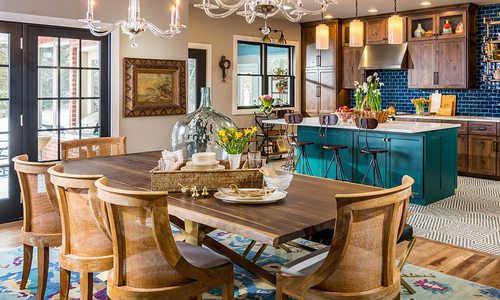