A tale of lust, loss and good old folk lore, Skunk Creek’s depiction of life in a small Ozarks town hits close to home and keeps you hooked. 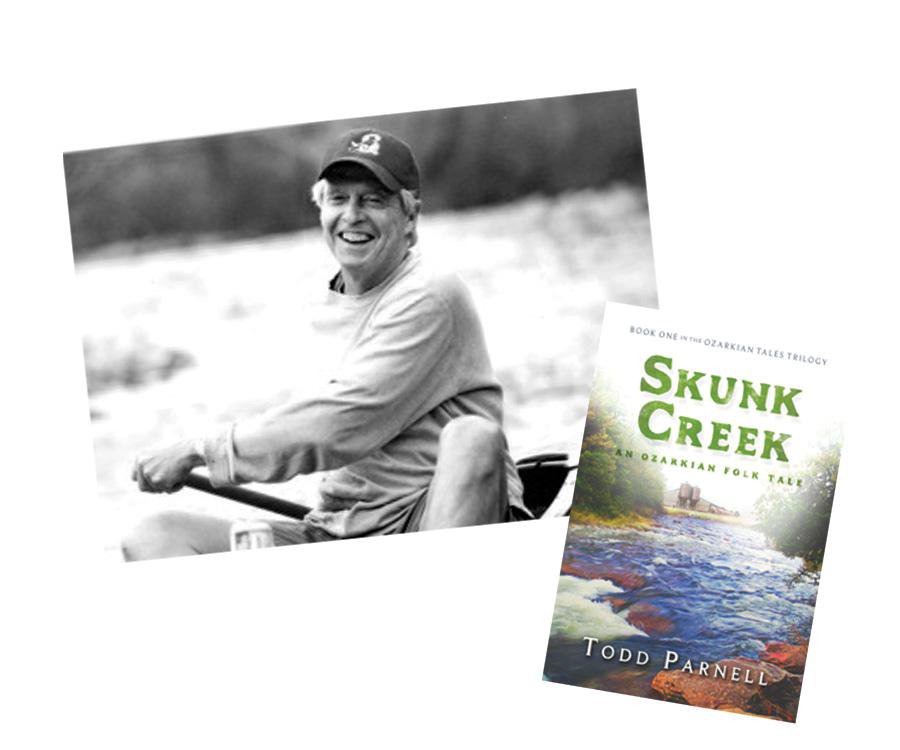 Springfield author Todd Parnell has done it again, but this time, Parnell’s latest book is fiction, and it’s one that will make you blush, cry, yell and keep turning the pages. Skunk Creek is the first novel in Parnell’s trilogy of Ozarkian folk tales, and it’s a colorful story with sarcasm and skepticism running throughout. Based in the fictional town of Hardlyville, the plot kicks off with Lucas Jones fishing from the tranquil Skunk Creek. But as our fisherman paddles up to a gruesome murder scene, darkness quickly falls on Hardlyville. Disaster continues to follow as a blood-lust cult seeks out revenge and redemption on helpless campers who take refuge on the shores of Skunk Creek. From there a corrupt banker conspires to ruin a local newsman running for political office, and eventually a French porn star arrives in hopes of pulling inspiration from the Ozarks hillbillies she’s heard so much about. Lust, corruption, greed and plenty of dark humor abound in the pages of Skunk Creek, and despite all the bad that happens in this small town, you find yourself rooting for the often backward-thinking residents and their way of life all the way through the last page.

417 Magazine: What was the inspiration for the main storyline?
Todd Parnell: It’s from a news article I read. I knew there would be an environmental issue, but I didn’t know what. Then I woke up and read about a 6,000-pig operation near the Buffalo River and how it was contaminating the river. It really pissed me off, and it gave me the inspiration for the underlying story.

417: Taking on a trilogy as your first work of fiction seems like a ton to bite off! Was that a daunting task?
T.P.: I actually didn’t set out to make it a trilogy, but after the first one was done, I just wanted to write more. It just kept coming out, and I finished all three of the books in a little over a year.

417: Three books in one year! Were you just buried in work that whole time?
T.P.: There was no pressure to finish. This has just been fun.

417: The story is based around a small fictional town in the Ozarks. Did any of your childhood memories from growing up in Branson make it into the story?
T.P.: Some of the tall tales I heard are in the story, and I’ve exaggerated them, but not specific characters.

417: The character names and personalities are so much fun to grab onto as a reader; what was the inspiration for the characters?
T.P.: There was no preconception. Names just popped up, and the very first words of the trilogy were Skunk Creek. Everything flowed from there.

417: What’s your favorite story that made it into the book?
T.P.: One that’s been exaggerated beyond belief is about a French lady who visits the Ozarks with her boyfriend and spreads “goodwill” throughout the village. Growing up, I recall my father had been serious about a French woman from when he was in WWII. When I was 8 or 10, he and my mother invited this lady my dad had almost married to Branson for a week. How my mom agreed to this I have no clue, but it was such a beautiful example of a little town reaching out, and I took that and exaggerated it as much as I could. You can’t write an Ozark folk tale without having something obscene in it.

417: I’m guessing the Ozark waterways hold a special importance to you.
T.P.: I’m currently chairman of the Missouri Clean Water Commission. Our rivers and streams are precious. One of my great concerns is keeping our waters preserved.

417: Did you grow up floating or fishing?
T.P.: Both are still hobbies. Every time I float the Buffalo or Swan Creek or Beaver Creek, I walk away saying that’s my favorite. It’s unlike any place I’ve ever been. It’s unbelievable.

417: Does that mean your favorite characters in the book are the ones who fish?
T.P.: My main character is the village itself. With all their idiosyncrasies, everyone comes together. They remain a village despite all the riffs. That’s my hero. Hardlyvillians are my heroes.

417: Before this series you primarily wrote non-fiction. Was it difficult to switch to a new genre of writing?
T.P.: All writing before this was principally about my family, and when I retired, I told my wife I wanted to write more. She said, “Stop writing about your family. Everyone’s tired of that.” So I moved to fiction.

417: Did you share any of the book with your wife while you were writing?
T.P.: We used to sit around with a glass of wine, and I would read her the chapter I wrote. I could tell by the way she would laugh if I was on the right track. She helped me soften some of the rough edges on it. For instance, in the third book I have to figure out how to dispose of the underlying evil woman, and my wife solved that problem for me. I won’t give it away, but she helped me do that in an interesting way.

417: Can you give us any peeks into the second book?
T.P.: It’s called Children of the Creek, and it’s about the descendants of the characters in the first book and the challenges they face from the outside world and those who want to destroy their way of life. 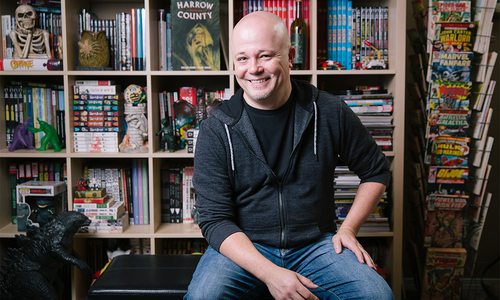 Comic book writer and Springfield resident Cullen Bunn has some big-name characters in his repertoire, including Batman, Deadpool and more.