Although she was more than a bit rusty on her cartwheels, senior editor Savannah Waszczuk tried out an adult women’s gymnastic class. 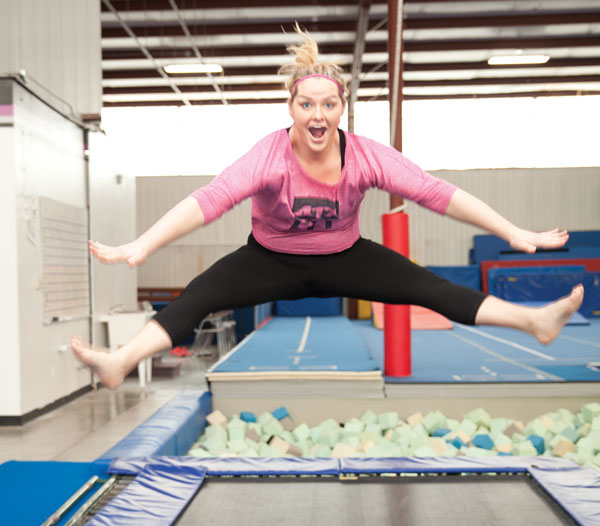 While growing up, I had several close friends who were gymnasts. My best friend, Kasie Rueff, practiced long enough to start competing, and I was her biggest cheerleader. I went to several of her meets, helped her pick out her outfits and even helped her style her hair in the most perfect bun. But I never, ever competed myself. In fact, I couldn’t even do a cartwheel, and the closest I ever came to gymnastics was when Kasie and I would play popcorn between her practicing toe touches on her trampoline. This all changed, when I was asked to try out an adult women’s gymnastics class at Singularity Gymnastics for this story. “But I’m not flexible,” I said. “I don’t even think I can do a cartwheel. Are you sure I can come?” I asked. But the class was open to “all skill levels,” and they welcomed me with open arms.

Singularity Gymnastics recently started offering adult women’s gymnastics classes, open to women of all skill levels who are age 16 or older. The classes are taught by instructors Jessica Boling and Samantha Mayo. Boling is a professional coach, is registered with USA Gymnastics and was a level 10 competitive gymnast. Mayo was a class 1 gymnast when she competed years ago. Being open to both newcomers and advanced gymnasts, the adult women’s classes are a fun, laid-back way to enjoy the sport. “I tell people it’s a great way to relive your childhood in a woman’s gymnastics class,” says Schmitt. “And if you missed that opportunity, now is your chance.” 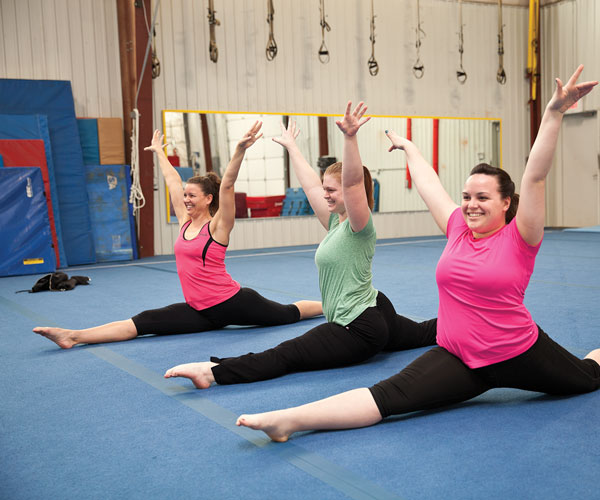 We started the class with a few basic stretches, then we “warmed up” on the floor. During that time, I watched a couple of other class members flip their way down the floor doing back and front handsprings, and I tried to think how I would ever, ever work my way through an hour of this stuff. There was absolutely no way I could do anything they were doing. I was panicking, burying my face in my hands and trying to think of how I could possibly fake an ankle injury and head home. Finally, just when I was about to suggest a non-experience story on the class, Mayo (who was a guest that day but teaches the class on Saturdays) finished a few perfect cartwheels then came up to me with a smile. “Want to give it a try?” she asked.

My face turned beet red. I didn’t know what to do. A cartwheel? I had not even attempted a cartwheel since fifth grade. I’m not limber! I have the furthest thing from a gymnast’s body! But I sucked it up. I stood on the spring floor, pointed one foot in front of the other and gave my best attempt at a cartwheel. Once I was finished, all the other members in the class started to clap. “That was really good!” said Boling. And then I heard another class member say, “That’s really great for not even trying one since fifth grade!” Now, in my heart I knew that the maneuver I just tried probably looked nothing at all like an actual cartwheel, but with the coach and other class members cheering me on, I felt a little bit like a superstar. I had the courage to go on with the class.

We went on to try out handstands (I held one against the wall for a good 20 seconds), then we moved to try exercises on the bars, beams and trampoline. While I couldn’t do a lot of things more advanced women in the class were doing, Boling modified the moves for me to try. I even walked back and forth on the high beam! For just 60 minutes, I got a taste of the life of a gymnast. 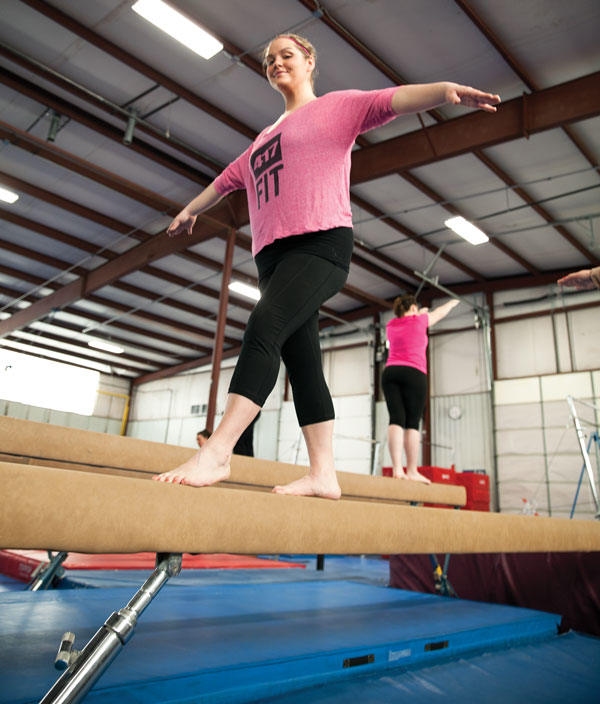 How to Try It

Singularity Gymnastics
1202 N. Eaglecrest, Nixa
417-724-1400 singularity-gymnastics.com
Classes are offered at 8 p.m. on Wednesdays and 8 a.m. on Saturdays
Cost
A complimentary class is available for anyone who wants to try it once. Monthly tuition is $40 for one class per week or $68 for both with a $30 annual registration fee.
Muscles worked
Abs, back muscles, arms, legs and core
What to wear
Comfortable workout clothing that is suitable for gymanstic activity
Word of Warning
It’s easiest to do the class with no socks and shoes, so paint your piggies if you wish!
Continue To Next Article