After decades of debilitating pain, Dena Carver had reached the end of her rope. But Dr. Troy Morrison, helped her return to living the life she loved. 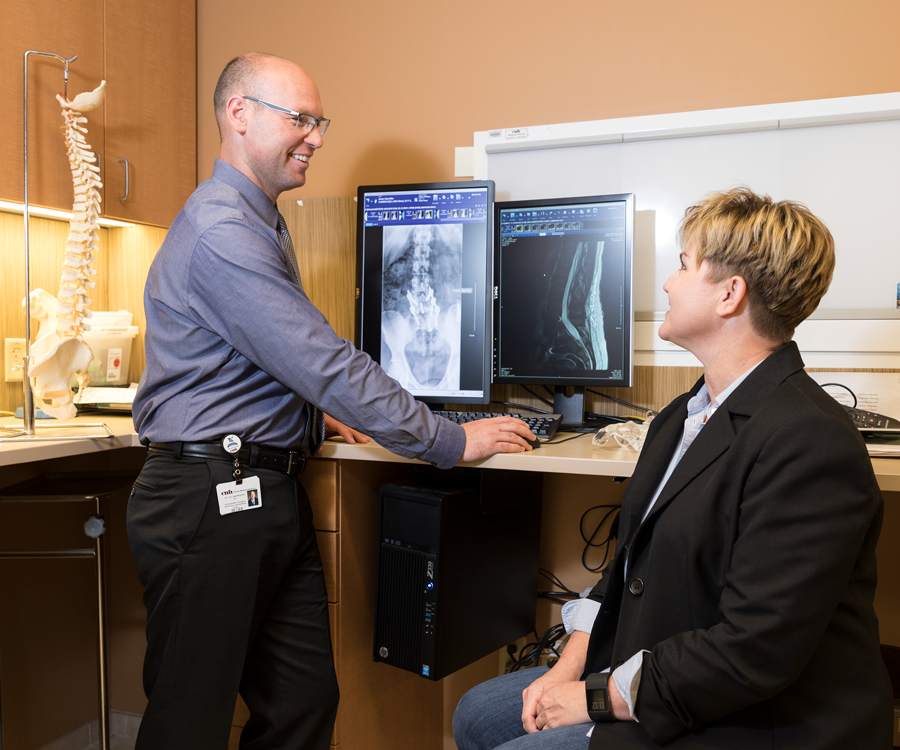 Photo by Brandon AlmsAlthough Dr. Troy Morrison operated on Dena Carver's spine, he made sure to maintain a focus on Carver's whole-person wellness.

For Dena Carver, a Polk County juvenile officer, pain loomed over daily life and had for years. “I just had always hurt,” Carver says. Born with spina bifida occulta, Carver developed spondylolisthesis, the condition when one vertebra slips forward onto the one below it, causing agonizing pain. She saw numerous physicians, each of whom offered the same treatment—pain medication—with practically no hope of long-term solutions. The years came and went, and Carver’s pain and hopelessness intensified. “I looked like a 100-year-old woman walking across the room just because I was all bent over and couldn’t straighten up,” she says.

One day, Carver’s husband mentioned a co-worker who experienced great success with Dr. Troy Morrison, an orthopedic surgeon at Citizens Memorial Hospital’s Parkview Orthopaedic Clinic. She booked an appointment, expecting the same answers she’d heard for years. Morrison remembers her frustration and exasperation. “She was about to give up,” Morrison says of Carver. “She felt like she was going to be reduced to chronic pain and pain medications and a lifestyle that she absolutely did not want.”

Morrison developed an expertise in minimally invasive spine surgery during a fellowship at the Texas Back Institute. He gave Carver hope. “He said, ‘I think I can do something about this,’” she says. He proposed spinal fusion to stop further motion of the disc and believed getting her off pain medication was possible “I went home with my husband, and I’m like, ‘There’s just no way this can be true. I’ve been told ‘no’ so many times,’” she says. “It was a huge leap of faith.”

In that leap, Carver says Morrison’s reassuring manner made a difference. “He was always so kind and so patient in making sure that I understood exactly what was going to happen, how it was going to happen, when it was going to happen, and [he gave me] realistic expectations afterwards of what I could expect,” she says. For Morrison, those interactions are crucial. “I think that’s the most important part,” he says. “It’s so easy to really concentrate on the spine and what’s causing the pain or not causing the pain and forget about the person that’s all around that spine. So that’s something that I continually with every day and every patient think about. I’m not operating on a spine. I’m operating on a person.”

In October 2012, Carver underwent the surgery, was placed in a brace and told to walk as much as she could—which she did that very day because the surgery was done in a minimally invasive manner, meaning Morrison went in through the abdomen so no muscles were severed during the procedure. “It lets them get up right away and move around literally hours after surgery, so they get back to their normal life a whole lot quicker,” he says. After physical therapy and rehabilitation, Carver did exactly that. She took scuba diving trips, went backpacking for a week in Colorado and reveled in life’s simple pleasures, including playing with her grandchildren without pain. “I have a wonderful story,” she says. “Mine ends really great, and I owe it all to him. I am just so thankful and so grateful for him.”

For Morrison, such feedback is deeply rewarding. “That is really why I do what I do,” he says. “It gives me the opportunity to really connect with people at a time in their life that they can be completely hopeless. They are very vulnerable. And for God to give me the opportunity to be his instrument in not only fixing somebody’s back but also actually loving them and taking care of them is really special.” 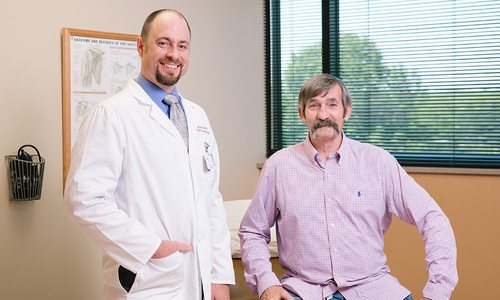