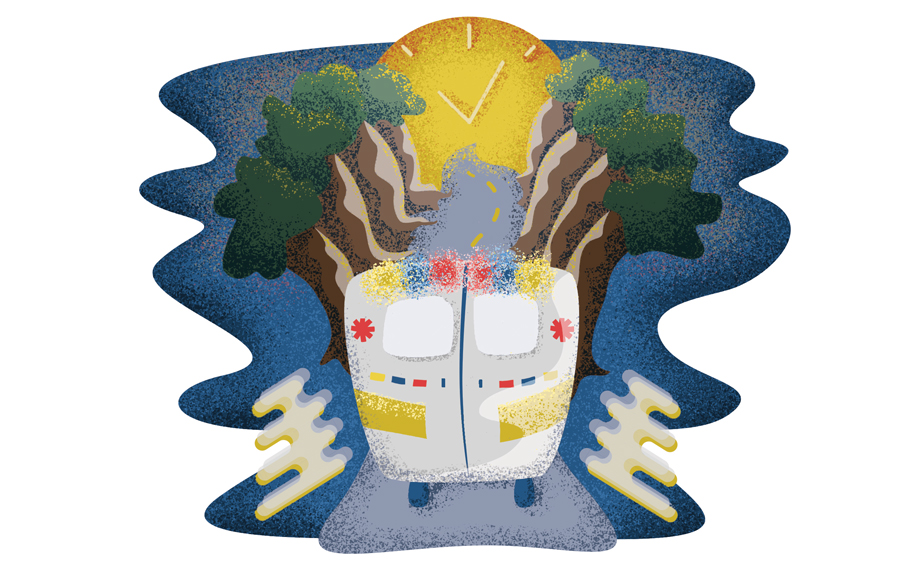 In emergencies, the difference between life and death can come down to a matter of minutes. That’s why three 417-land experts are leading the charge to reduce response times for first-responders in the race against the clock.

THE STANDARD OF CARE
In 2014, the Christian County Ambulance District developed a performance-based system for its ambulances. It’s the only one like it in the state. And in early 2015, the county signed a contract with CoxHealth EMS to administer emergency medical services for the area.

“In the absence of any kind of standard, you’re left up to the individuals of an operation to do the job well,” says Mark Alexander, director of EMS for CoxHealth. “We developed response time requirements for four different regions and three types of calls.” Nearly all response times clock in under the new standards.

More than 80 percent of ambulance calls in Christian County are near the population centers of Nixa and Ozark. And more than 98 percent of the time, these calls are responded to within the required 10 minutes and 59 seconds.

“Christian County’s service area has some of the best response times in this area, and they’ve been able to prove that over and over again,” says Christie Drew, administrator for the Christian County Ambulance District. “It sets a high standard for the quality of care in our region.”

STOP, DROP AND SURVIVE
In Springfield, too many fires are ending in tragedy. That’s why the City of Springfield Fire Department launched a new initiative: Project Red Zone.

“Springfield’s fire fatality rate is three times the national average,” says David Pennington, chief of City of Springfield Fire Department. “And for as good as technology is now, that is completely unacceptable to me. So we launched this program to reduce fire deaths and injuries.”

One aspect of Project Red Zone is a smoke alarm campaign. Since April, Springfield firefighters have installed nearly 500 alarms and provided new batteries to nearly 700 homes. Smoke alarms are the key to early notification and faster response times, Pennington says.

“Once we receive a call from dispatch, we’re at your door in about six minutes in the case of a fire,” Chief Pennington says. “And in a fire, you have about 90 seconds to get out. A 9-volt battery and $10 alarm can save your life.”

THE ROAD TO SAVING LIVES
For Robb Woolsey, helping first responders reduce response times is a deeply personal mission. His mother died because it took first responders 45 minutes to find his parents’ rural home, despite being less than six minutes away. First responders were confused due to inaccurate mapping—a problem Woolsey’s startup Rural First is now trying to solve for 300 clients nationwide.

Rural First’s advanced mapping software features accurate, updated address points. The accurate maps and turn-by-turn directions have shown to increase save rates, the percentage of life-threatening incidents that end with someone alive at a hospital.

“In Washington, D.C., that save rate is 4 percent,” Woolsey says. “Seattle, they’re considering it high at 7 percent. We work with agencies that have a save rate of 1, which means that 99 percent of people die when they call 911 in a life-threatening situation. But we’re seeing our customers’ save rates increase to 15 to 20 percent. Each percentage increase means real lives saved.”

BY THE NUMBERS
3 MINUTES: From spark to flame, the flashover time for most fires is three minutes, says Springfield Fire Chief David Pennington.

11 MINUTES: As of 2013, the reported national average of police response times is 11 minutes, according to the Wall Street Journal.

40 PERCENT: The projected number of calls to 911 that actually transmit location data is 40 percent, according to a report by the FCC Public Safety and Homeland Security Bureau.