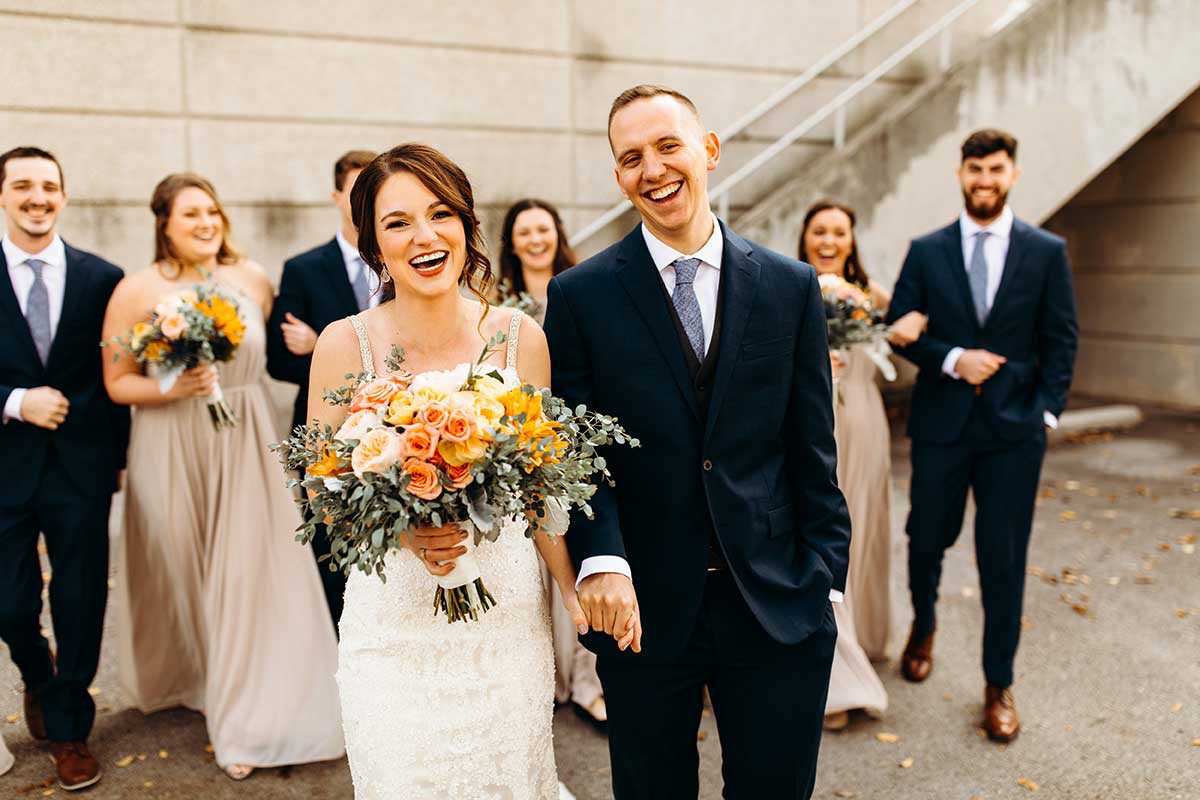 Photo courtesy Andrew Edwards PhotographyMicha was nervous all day, especially right before she walked down the aisle. But when she saw Brandon, she immediately felt more comfortable. She says they locked eyes for the remainder of the ceremony.

Micha Willis and Brandon White’s freshmen year of college at Drury University was pretty picturesque. There were no forced “get-to-know-you” games or awkward ice-breaker activities. Instead, the couple compared their dorm experience to a summer camp, where scary movie viewing parties, late-night chats with residence assistants and friendships with dorm room neighbors were the norm. The friendship that seemed most promising was Micha and Brandon’s. After months of crushing on each other from across the hallway, the two went on what was technically their first date: a late-night run to Krispy Kreme. “We ate the donuts on the hood of [Brandon’s] Volkswagen, and it’s history from there really,” Micha says. Five and a half years later, Brandon laid out a plan to take Micha back to campus, where the couple first met and fell in love. With the help of her friends, Micha was led to Drury Circle, where Brandon proposed under the stars and a string of lights.

After celebrating the engagement with close friends and family, Micha and Brandon set to work planning the big day. Their wedding planner was a huge help, but the couple also relied on their own creativity during the thorough and detail-driven planning process. They decorated their industrial venue, The Old Glass Place, with an abundance of flowers and floral detail. The contrast of styles resulted in what Micha’s aunt described as a “classy but funky” wedding. Both Micha and Brandon say the entire night far exceeded their expectations, with the best part being the ceremony itself. “I could see my family, all my friends and her,” Brandon says. “It was like the top 10 people in our entire lives that matter the most. I was super-emotional and introspective about the whole thing.” After the wedding, the Drury graduates decided to stay in Springfield. Brandon is an architect in town, and Micha is now on the team at Revel Advertising. 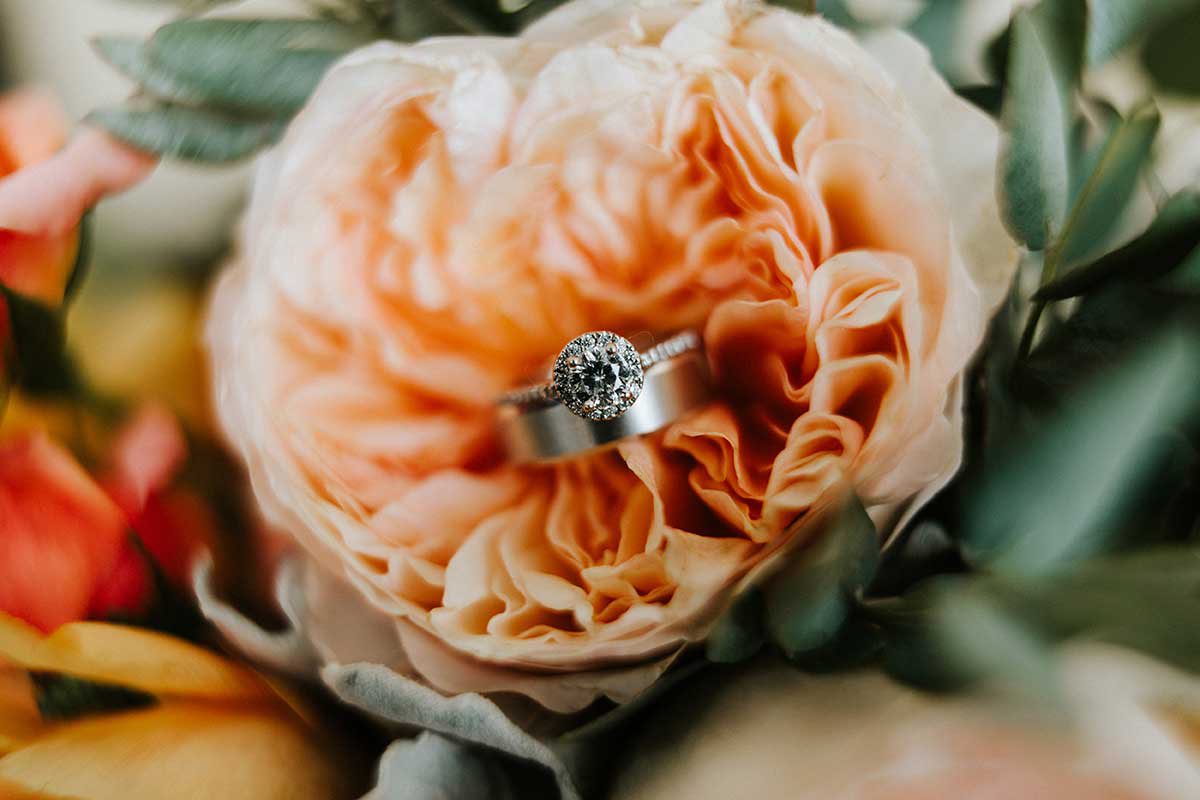 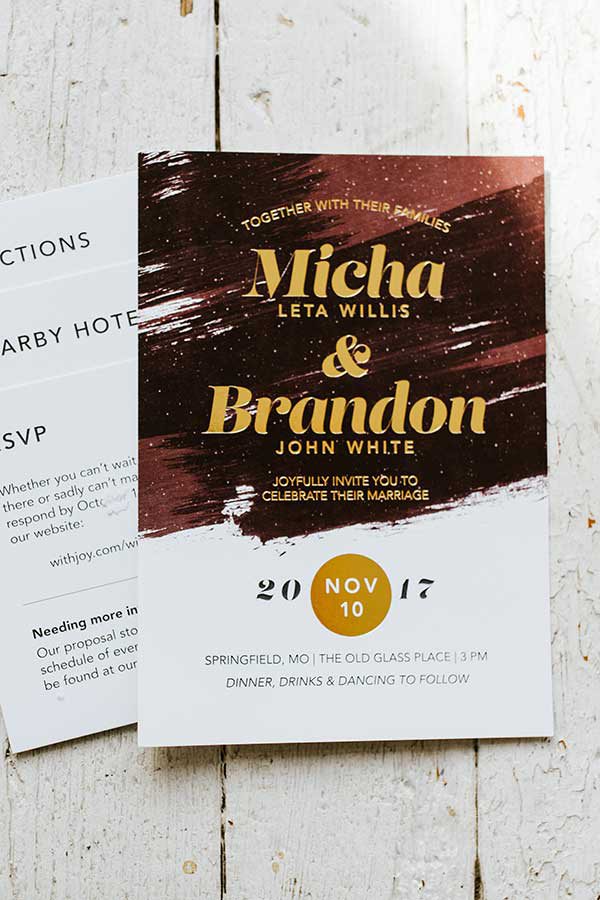 After getting engaged, the couple nailed down a venue. They liked The Old Glass Place because the long and narrow space worked well for the setup they had in mind. 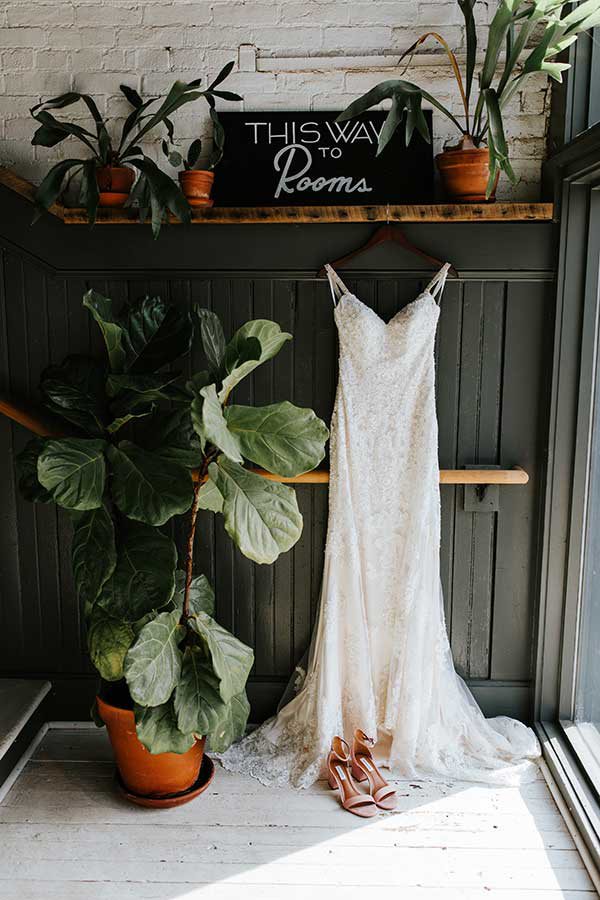 For Micha, finding the perfect dress was easy. She knew she hit the jackpot the second she put on this gown from Normans Bridal. 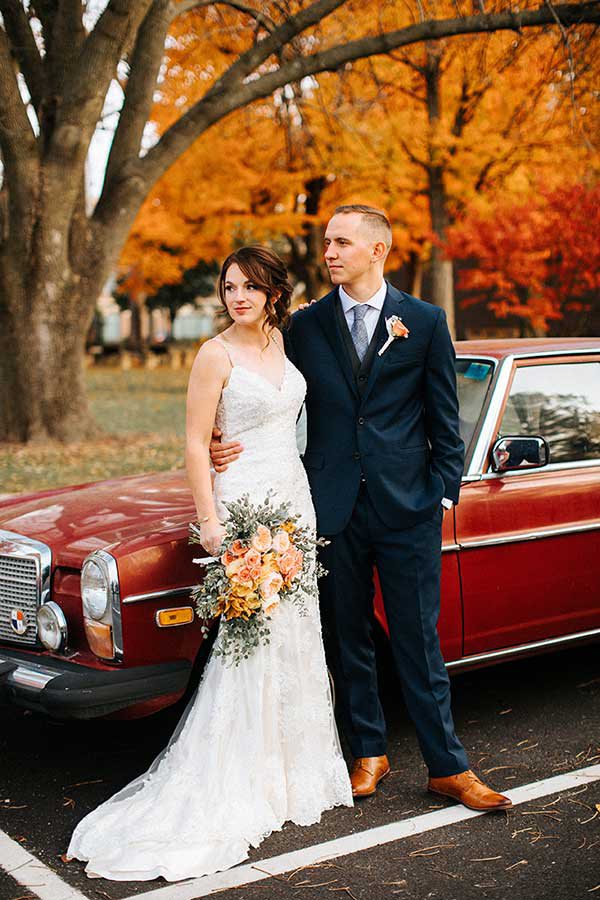 Micha and Brandon chose a November wedding because neither of them are fond of hot weather. On the big day, they lucked out with perfect fall temperatures. 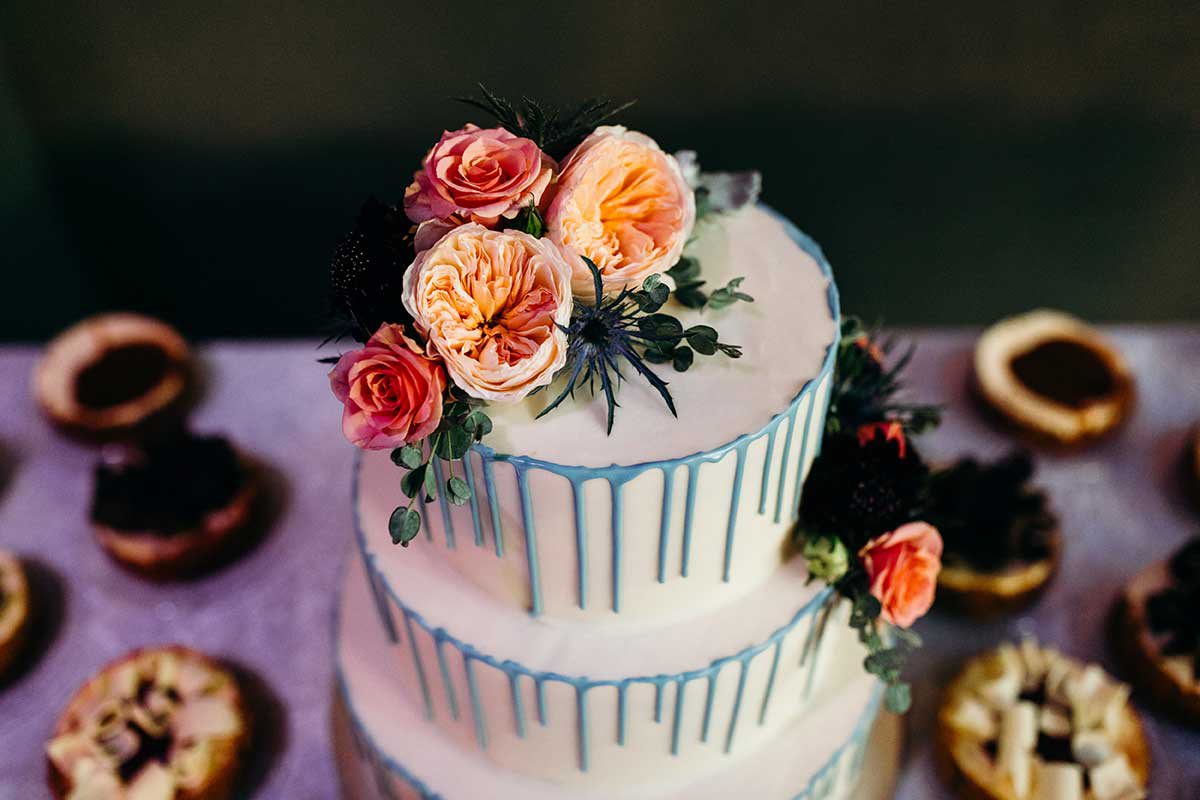 Photos courtesy Andrew Edwards PhotographyAt Micha and Brandon’s wedding cake consultation, their vendor served a cheesecake as a complimentary treat. They loved the cheesecake so much that they ordered individual ones for the wedding! 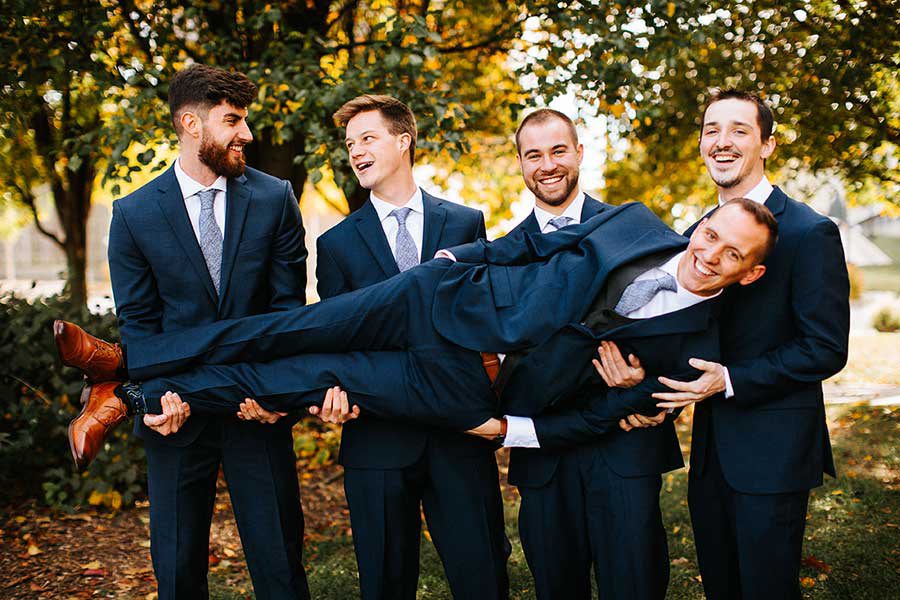 Brandon says one of the highlights of the day was having time to bond with his groomsmen before the ceremony. While the girls were getting ready, the boys got to hang out and race remote control cars. 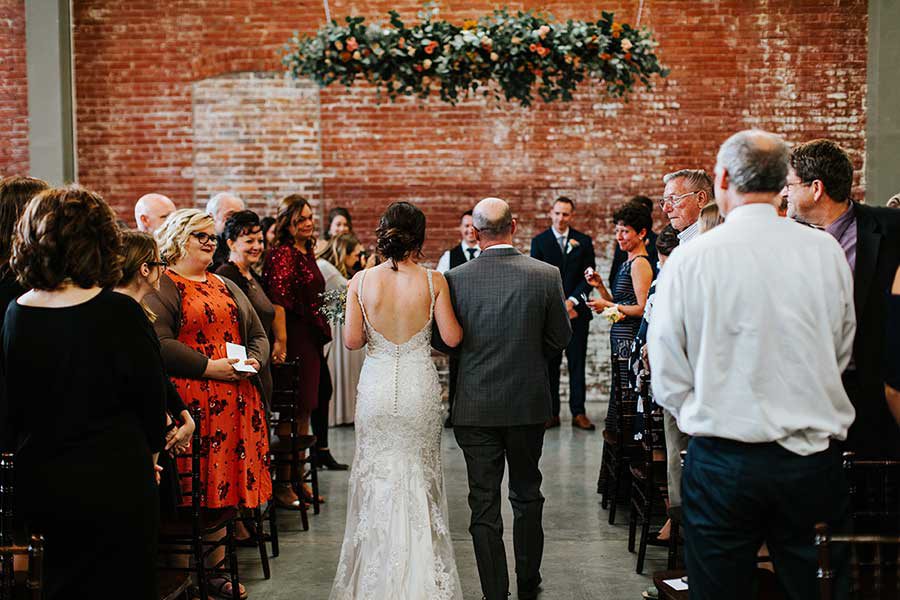 An eight-foot-long flower mantle, suspended from the ceiling, hung over the altar during the ceremony and over the head table during the reception. 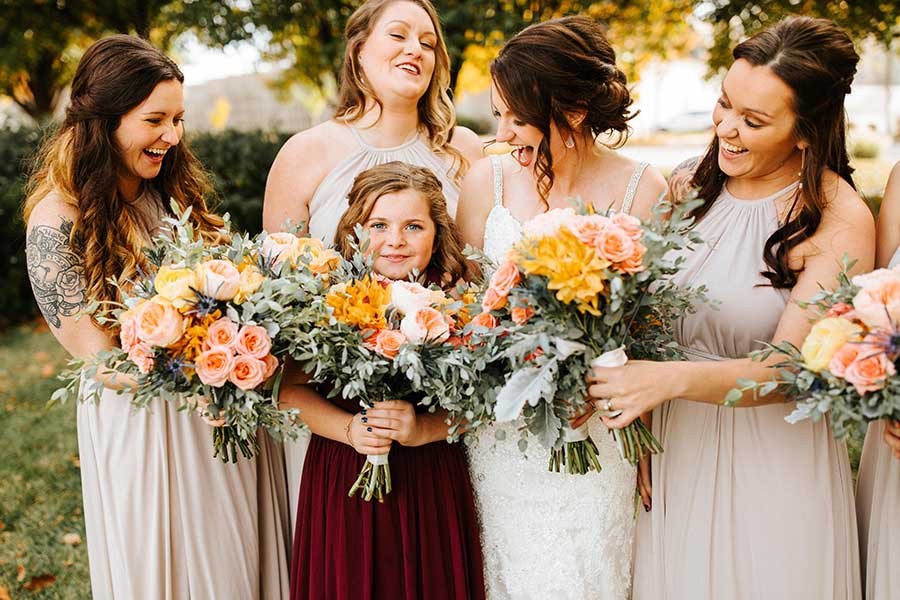 The 150-person guest list included friends and family from all over the country. Micha and Brandon say they took time to enjoy everyone’s company, as that exact group of people will probably never get to be in one room again. 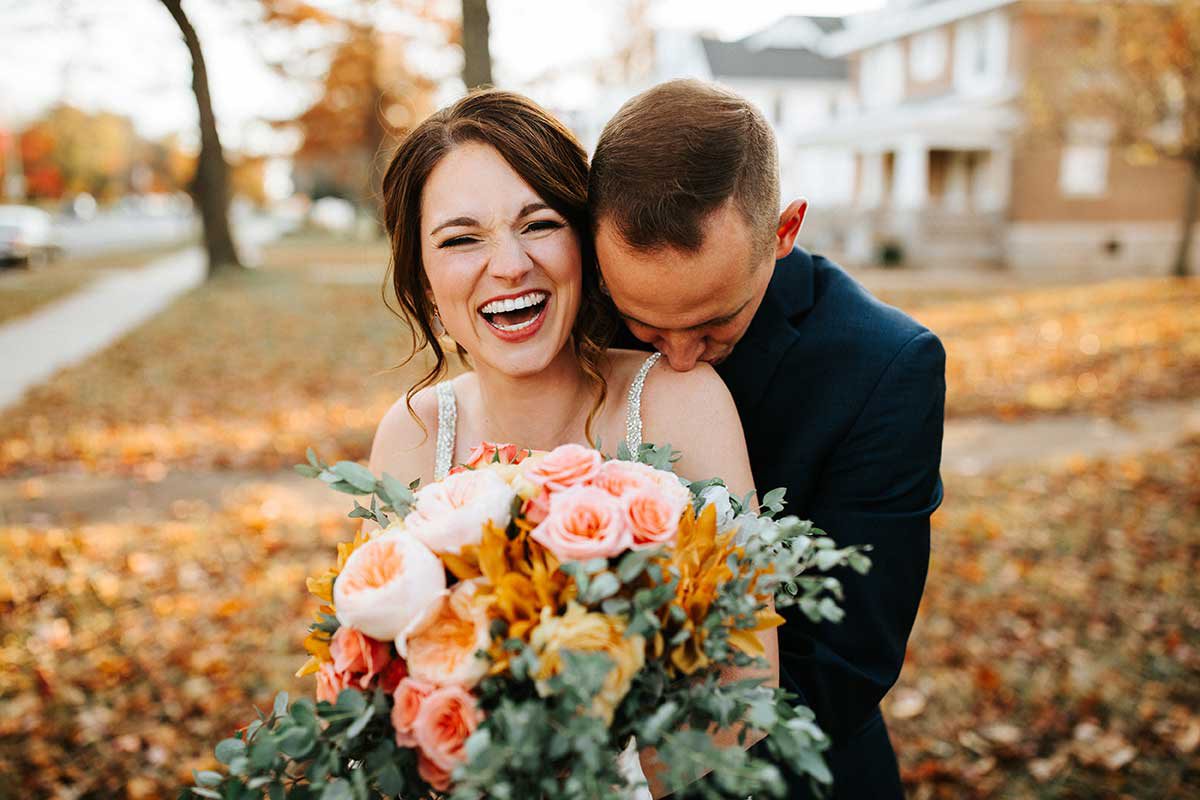 Photo courtesy Andrew Edwards PhotographyMicha and Brandon were exhausted from the long day, so they decided to ditch the reception before 9 p.m. They had a sparkler exit, then went straight to Taco Bell to celebrate. 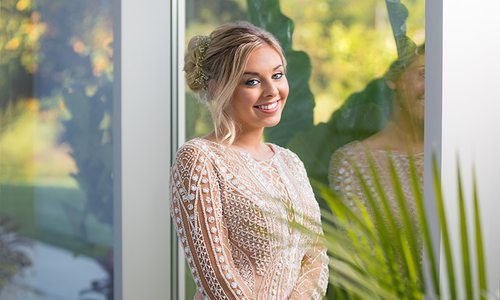 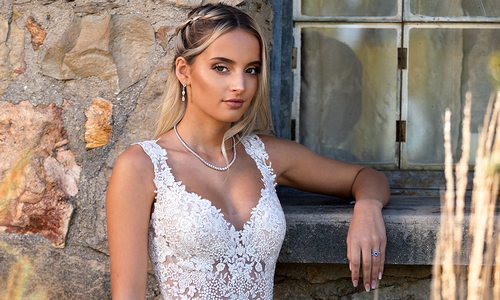 Embrace the natural beauty of the Ozarks and discover how the latest wedding gowns can help you turn a countryside setting it into an...