Keith and Kim Chaffin’s Contemporary Charmer in the Delaware Neighborhood

Keith and Kim Chaffin purchased their abode in 1991. Since then, they have made a forever home out of a modern 1960s house through thoughtful renovations. 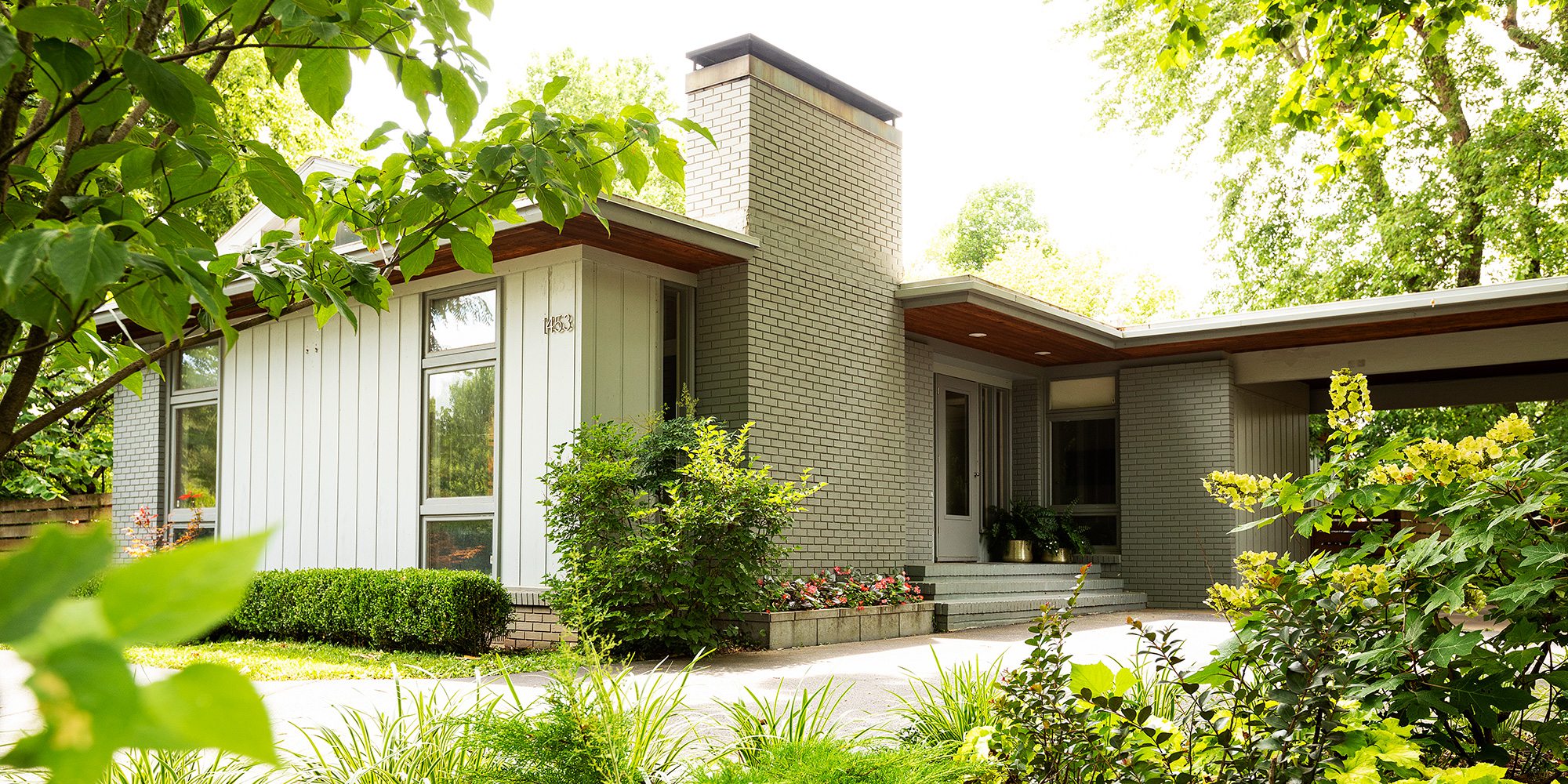 Photo by Brandon AlmsThe charming and comfortable outdoor spaces are what have made this house a home. Purchase Photo

Keith and Kim Chaffin have lived in their home for 29 years. It is where they’ve raised three children and completed three major renovations and five small ones. Two main aspects drew them to the home and encourage them to stay: the neighborhood and the spacious, yet manageable backyard with plenty of space for dogs to roam. Their second-born son and his wife even chose to hold their wedding reception there.

“Our world, raising our kids, was based around that backyard,” Keith says. “It was just a great yard for them to grow up in.”

The home’s layout features a stretched hallway with doors that lead into four bedrooms. Over the span of nearly three decades, countless frisbees and soccer balls have sped through it and been received by one of two poodles or three kids, now grown. “The hall had a big life and was a big part of our lives,” Kim says. “Lots of raucous behavior happened in that long hallway.”

Keith and Kim have found ways to make the house their own by blending their style with the home’s original style. The living room boasts the original eaves, a fireplace and a clerestory window.

But now, even more natural light pours into that section of the home, thanks to a long, accordion glass door in the nearby kitchen the Chaffins added.

“Our world, raising our kids, was based around that backyard. It was just a great yard for them to grow up in.”

An outdoor guest house in the backyard by architect Mathew Hufft provides a retreat for visitors and a staycation space for the couple.

The primary bedroom has also undergone two facelifts, the most recent by Nathan Taylor of Obelisk Home. “For a successful renovation, it’s all about finding people that you trust to help you,” Kim says. 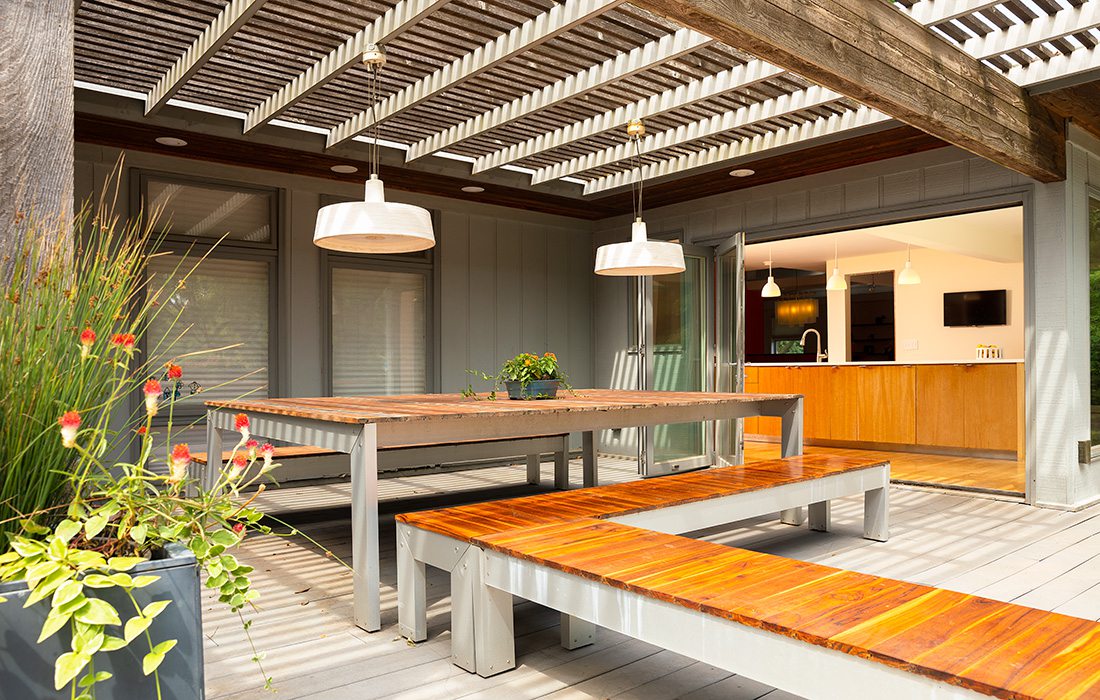 Photos by Brandon AlmsThe back deck sits conveniently near the home’s kitchen. “We sit on that deck a lot,” Keith says. “When the kids come home or lots of people come over, everything is right there.” Purchase Photo 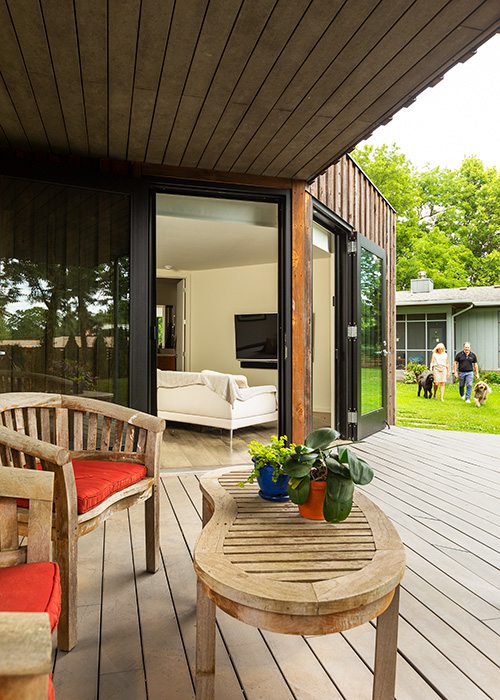 Photos by Brandon AlmsIn 2012, the Chaffins hired Kansas City architect Matthew Hufft to design a guest house and outdoor decking. The couple frequently uses this space in the evenings when they lounge on the couch and watch movies. Purchase Photo 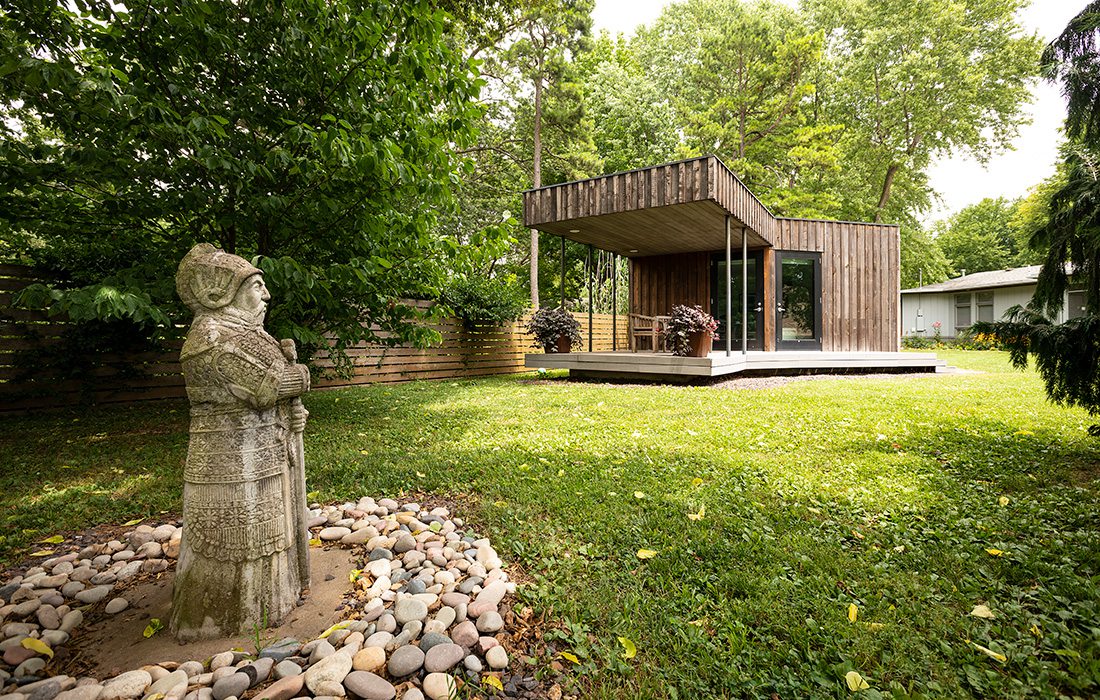 Photos by Brandon AlmsGetting this 600-pound statue in place near the guest house was a process. They had to rent a backhoe to lift it, and the statue’s head fell off in the process. Luckily, Keith was able to commission someone to fix it. Purchase Photo 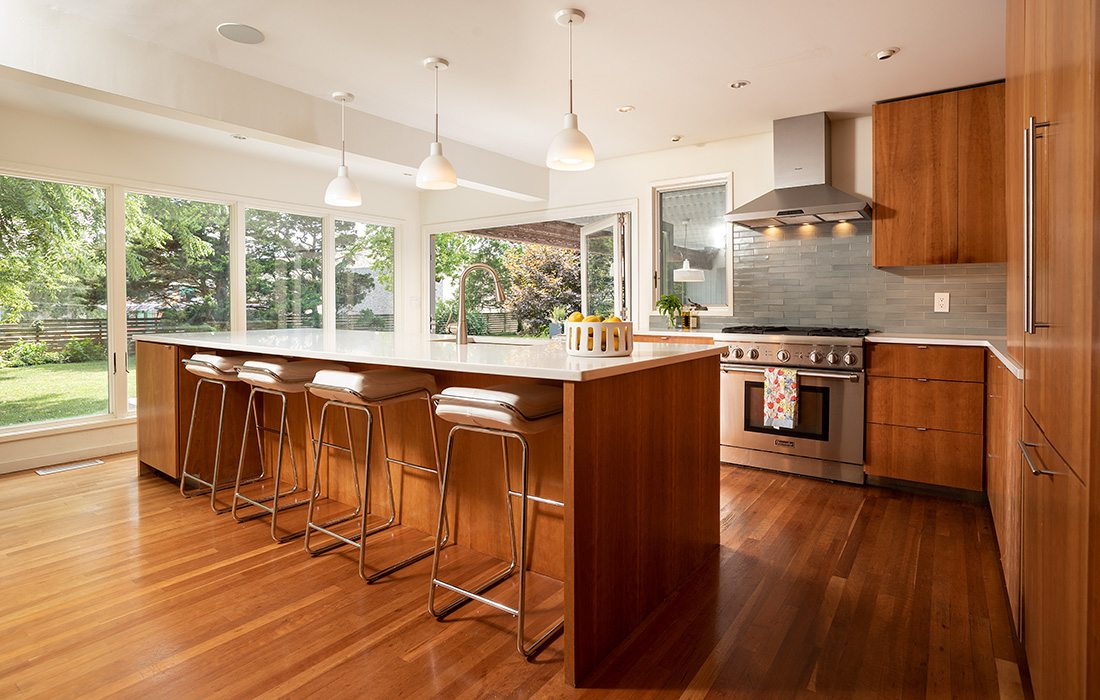 Photos by Brandon AlmsMatthew Hufft also designed the updated kitchen, which is filled with natural light from wall-length windows. “We go with kind of a modern style with our decorating,” Keith says. Purchase Photo 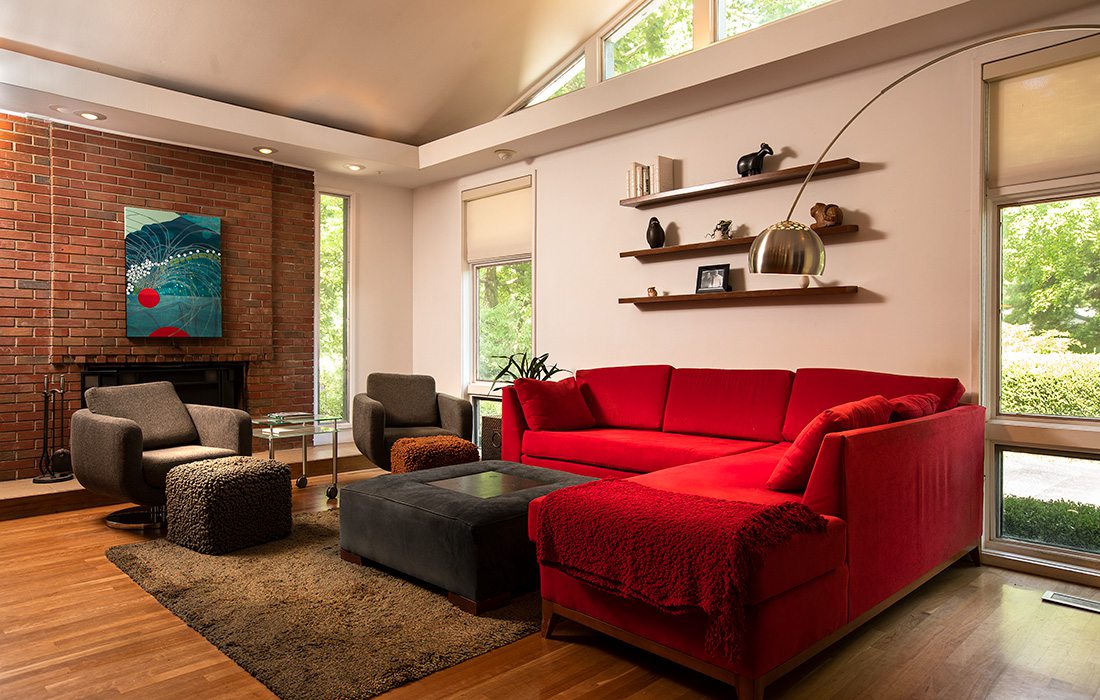 Photos by Brandon AlmsBarry Hammond, owner of Sunburst Contemporary, offered design consulting. “He understood us, and he had a house that was similar,” Kim says. Some of his suggestions, like this red couch, would surprise her at first. But when his vision was carried through, she would always end up loving it. Purchase Photo

With homes built throughout the past 100 years, the Delaware neighborhood in is rich with diverse architecture. Peek inside three additional homes and get to know the history of the area. 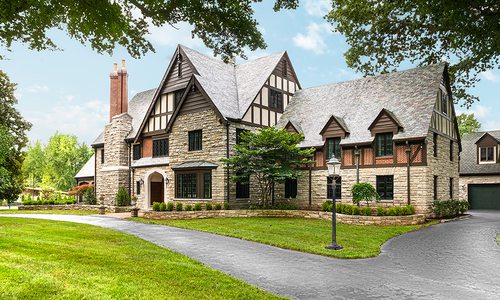 Built in 1948 and designed by Carl Bissman and Richard P. Stahl, this Tudor Revival isn’t one of the oldest homes in the Delaware... 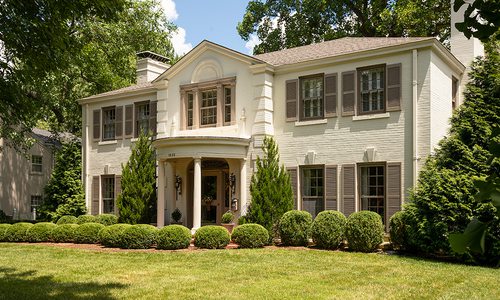 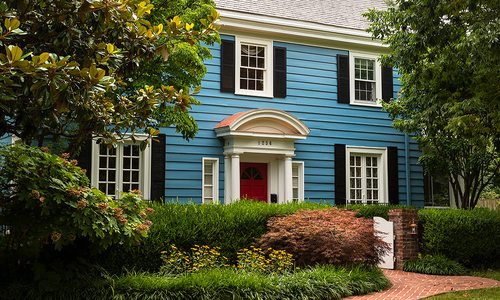 With a sky blue exterior and ruby red door, this home built in 1927 creates a welcoming sight in Meadowmere Place.

With homes built throughout the past 100 years, the Delaware neighborhood in is rich with diverse architecture. We peek inside four homes...