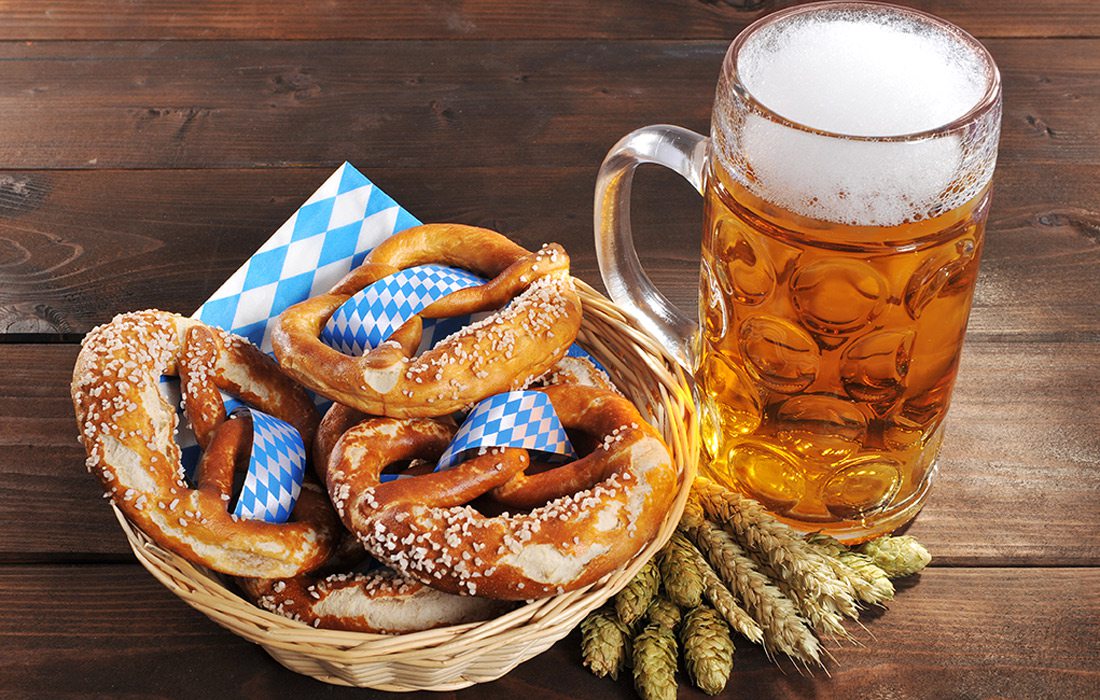 Photo Courtesy ShutterstockRing in the season with Oktoberfest celebrations at local breweries.

We don’t want to cast judgment on other fall festivals, but our favorite outings tend to be the ones with plenty of cold beer, which is why this roundup of local Oktoberfest celebrations is right up our alley. It includes longtime staples like Brown Derby International Wine Cellar’s 14th annual fest, along with festivals by newcomers like Best of Luck Beer Hall and Great Escape Beer Works.

Feeling tired of the same ol’ same ol’? Local restaurants are rolling out new menus and specials to shake up your routine.

• Cesar’s Old Mexico debuted a shiny new menu look yesterday. Still no word on when the new location will open, but until then we’ll be biding our time by chowing down on tortas.

• The Hepcat has released its full food and drink menus, and we can’t take our eyes off the smoked fried chicken.

• When the Monday munchies hit, you have a new spot to get your fill: Golden Girl Rum Club’s kitchen is now open on Mondays—because holding out for taco Tuesday is just too long to wait.

The Hills Are Alive

If you find your tummy rumbling as you head to Shepherd of the Hills, you’re now in luck. The Branson homestead and adventure park has a new restaurant, Shepherd’s Mill Restaurant & Bakery. Shepherd’s Mill takes the place of Aunt Mollie’s Cupboard, which closed after a fire in 2002, and serves homestyle dishes for breakfast, lunch and dinner. Notable offerings include shepherd’s pie, fried chicken, meatloaf and giant cinnamon rolls.

The season of the pop-up dinner experience is still going strong, so nab tickets to this weekend’s outdoor dining festivities while they still last. For the dairy diva in your life, visit Fordland’s Terrell Creek Farm for September’s farm-to-table cheese dinner, featuring the farm’s signature goat cheese along with live music and unbeatable pastoral atmosphere.

Springfield’s own carGO is establishing itself as your party savior. The food and ride delivery service announced its new alcohol partnerships with eight local breweries, Macadoodles, 417 Tap House and Nicola’s Ristorante, meaning your favorite beer, wine and spirits can come right to you—along with a steaming order of Pasta Nicola. To place an alcohol order, download the carGO app and proceed as normal. Just be sure to present a valid ID upon delivery. Sip, sip, hooray!

Perfect your pastry skills, impress your date or just give yourself an opportunity to eat a bunch of sweets at a local gourmet cooking class. Downtown patisserie and coffee shop European Café has released its September, October and November class schedules, which include sweets like macarons, galettes, tartes and madeleines.

Back in Black (and Blue)

Looking for weekend plans? Head to Rogersville for the Lavender and Blueberry Festival at Black and Blue Berry Farm. The U-pick farm offers blueberries and fresh lavender, and the festival is a true farm party with live music, farm tours, cooking demonstrations, lavender craft–making and plenty of blueberry-centric treats.

A healthy, fresh and fun way to keep your energy level high.