The Rock Restaurant and Bar Open in Galloway

The upscale eatery in Springfield’s Galloway neighborhood serves steaks, gourmet pizzas with cauliflower crust along with margaritas inspired by the area’s history.

Most Springfieldians can’t help but be charmed by the Galloway neighborhood and the history that accompanies it. Tim Bair, owner of Bair’s Sports Grill and self-proclaimed history buff, is no exception. With four Bair’s under their belt, Tim and his wife Jennifer Bair will soon start a new chapter as restaurateurs.The Rock Food & Friends at Quarry Town, an upscale eatery in Galloway’s Quarry Town, opened June 10, 2019, right next door to Great Escape Beer Works. “The opportunity was there,” Tim says. “I love the Galloway area and wanted to try something different.”

Instead of another sports bar, Tim and Jennifer are focusing on creating a snazzy spot that serves healthier dishes in a swankier atmosphere. Think steaks, gourmet pizzas with cauliflower crust, fit bowls, quinoa, Sequiota Sliders and Limestone Margaritas. “I’d be doing myself an unjust if we didn’t do a few burgers, but it will be more upscale,” Tim says.

Tim has a close connection to Galloway—specifically the railroad that runs next to the Galloway trail. His uncle, grandfather and great grandfather were all railroad workers on The St. Louis-San Francisco Railway, known as the Frisco. The Frisco was Springfield’s major employer in the 20th century and played a large role in the development of the town. Tim and Jennifer are making sure its history is incorporated into the restaurant.

The restaurant pays homage to the Galloway neighborhood in many different ways. According to Tim, Jennifer chose the name The Rock because of the stone excavated at the quarry that was used to build local landmarks including Drury’s Stone Chapel, and the design brings the outside in with stone and natural elements. 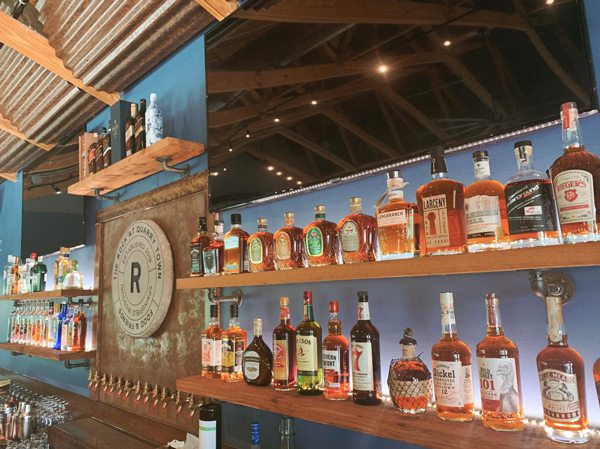 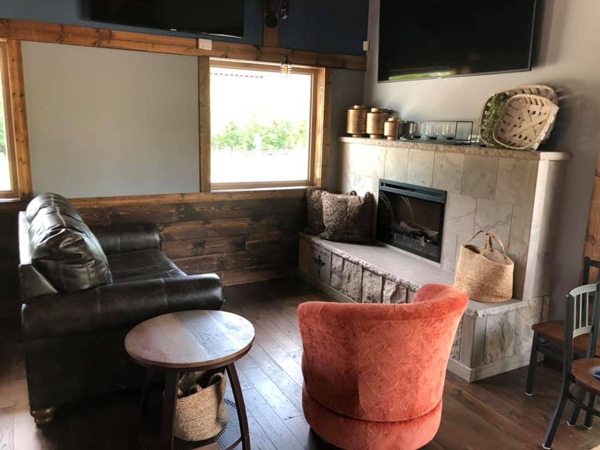 The 21-foot bar inside seats 14 people and will offer hand-crafted cocktails and beers on tap. There is extra seating on the outdoor patio that features Adirondack chairs and a fire pit. During warmer days and nights, the garage door that leads from the inside of the restaurant to the deck will be open.

The restaurant is located right next to Springfield’s newest brewery Great Escape Beer Works that opened in December 2018.

Quarry Town has been in the works for three years—a project developer Matt O’Reilly refers to as a labor of love. “People love the corridor despite the challenges. There’s a lot of history there,” O’Reilly says. Quarry Town is nearing completion with living spaces and commercial spaces still for lease. As of now, The Rock will be the only restaurant located in the development.

Bair says he is excited to be next to the brewery, and the owners of Great Escape Beer Works, Jake and Jen Duensing, have no problem with people bringing food inside from their next door neighbor.

The Rock Restaurant and Bar 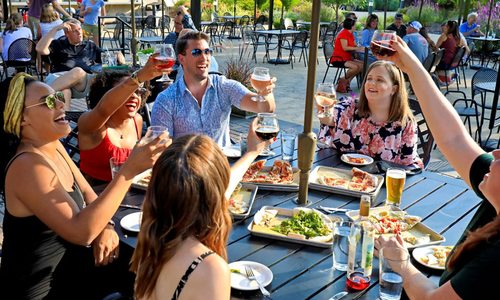 Next time you have a free weekend, pack your bags and head north-east two hours to Saint James, Missouri.. 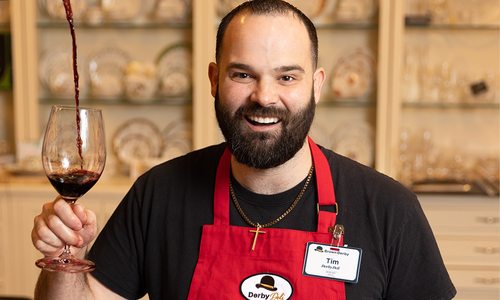 Tim Hill describes Brown Derby as his happy place. It’s where he’s been working for 19 years, and it’s where he now spends five days a week...