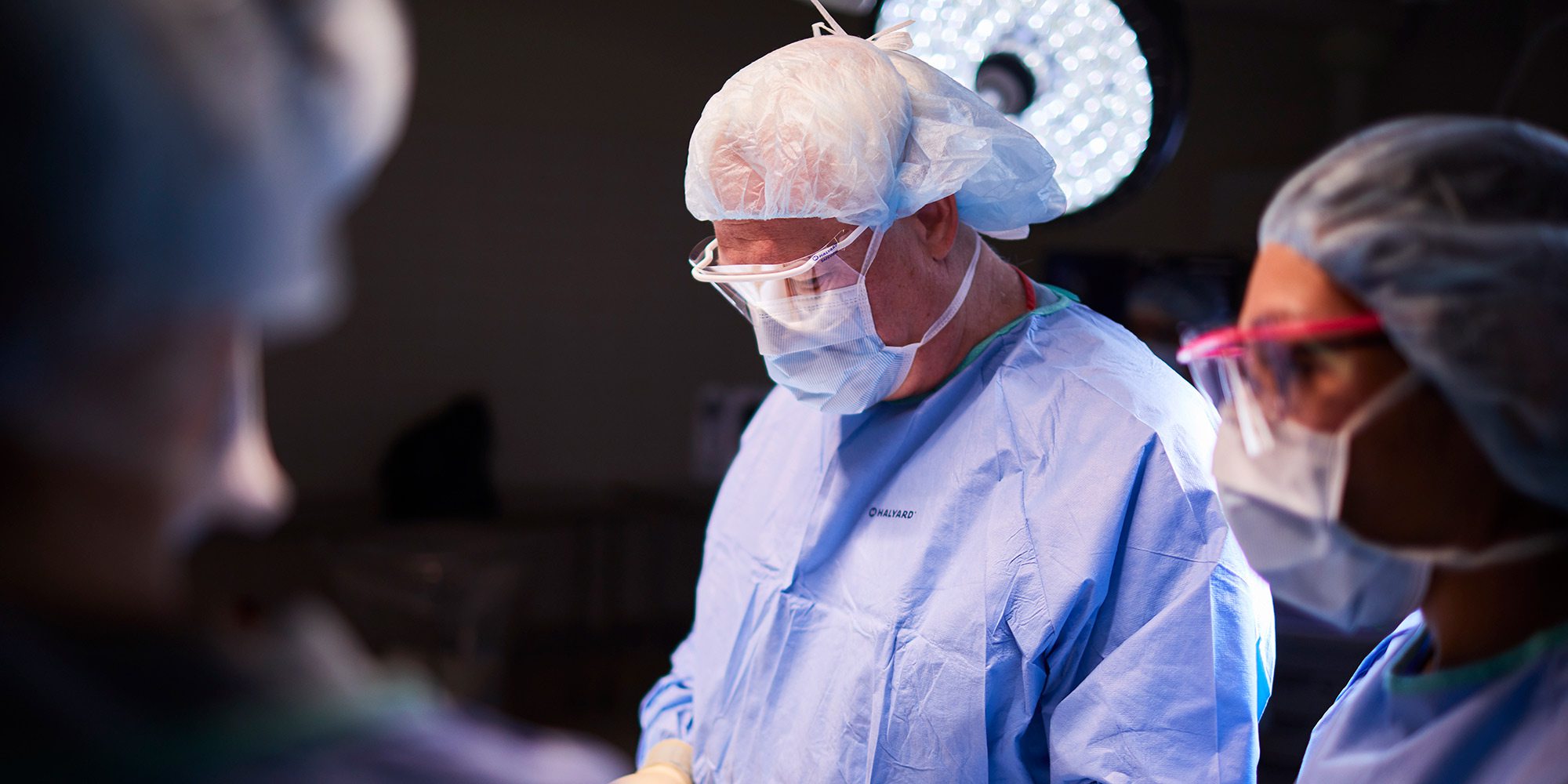 At age 55, Keli McDonough didn’t expect to need a knee replacement. The mom of two had always been healthy and active, which is why she was surprised to notice mobility issues around age 47. “I didn’t know what was going on,” she says. “Some days, I would feel a lot of pain walking, taking the stairs—doing everyday things. It was surprising.” McDonough’s doctors suspected a torn meniscus, but her pain kept getting worse. Then at 50, McDonough’s primary care doctor found moderate to severe arthritis in both knees. Intimidated by the idea of knee surgery, McDonough used cortisone for the pain for several years. One morning, the 55-year-old woke up with a collapsed knee. “It wasn’t even able to hold up my body weight,” she says.

It became clear that cortisone shots weren’t the answer—McDonough needed surgery. That’s when she connected with Dr. Robert Jones, a Mercy Springfield orthopedic surgeon who recommended a total knee replacement for both knees. McDonough underwent surgery on her right knee in January of 2018, and it was a grueling process. The pain and swelling were difficult to bear, and she experienced debilitating nausea and sleepiness after taking high doses of Oxycodone and Tramadol. “I’d do things like take two pills instead of one, and that went on for many weeks,” McDonough says. “My physical therapy also got a little bit delayed because I wasn’t physically feeling well enough to do some of things I was being asked to do.”

Naturally, McDonough dreaded repeating the process with her left knee. She’s not alone—knee replacements can be incredibly painful, taking a major toll on a patient’s quality of life. “People get depressed, they give up,” Jones says. “Worse, they stop doing their therapy, stop leaving the house. A small subset of people aren’t able to push back when things gets difficult after a knee replacement, and that leads to a long-term outcome that limits them for the rest of their life.” Fortunately, a new treatment is revolutionizing the procedure: iovera°.

“For doctors, finding ways to deal with challenging patient situations without reaching for a bucket of morphine is important.”

iovera° is a pre-surgery treatment that uses cold therapy to disrupt the knee’s pain signals. “We identify the nerves that transmit pain via ultrasound, then put those nerves to sleep with cold therapy,” Jones says. The results last for up to four months, at which point the nerve “wakes up” as the patient is in recovery.

Jones notes that, while pain can have its place, it can also hinder the healing process. “Pain is a protective response—for example, you need to know if you’ve stepped on a nail,” Jones says. “Still, your body doesn’t need as much pain after a knee replacement that people traditionally have.”

Mercy joined the growing number of hospitals using iovera° in the fall of 2018, trying the treatment only on previous knee replacement patients for the sake of comparison. “We decided if we could get 20 percent less pain, it would be dramatic,” Jones says. “Patients came back and couldn’t find superlatives high enough to report the difference.” Now, all of Mercy Springfield’s total joint orthopedic surgeons offer the treatment, with as many as 15 new treatments being scheduled per week. McDonough isn’t surprised. “By 12 weeks [post-surgery], I felt really confident and good and strong,” she says. “At eight weeks I was feeling like I could go out and do things. I quit using my cane at about six weeks.” That’s compared to her first surgery, after which she used a cane for about 16 weeks. 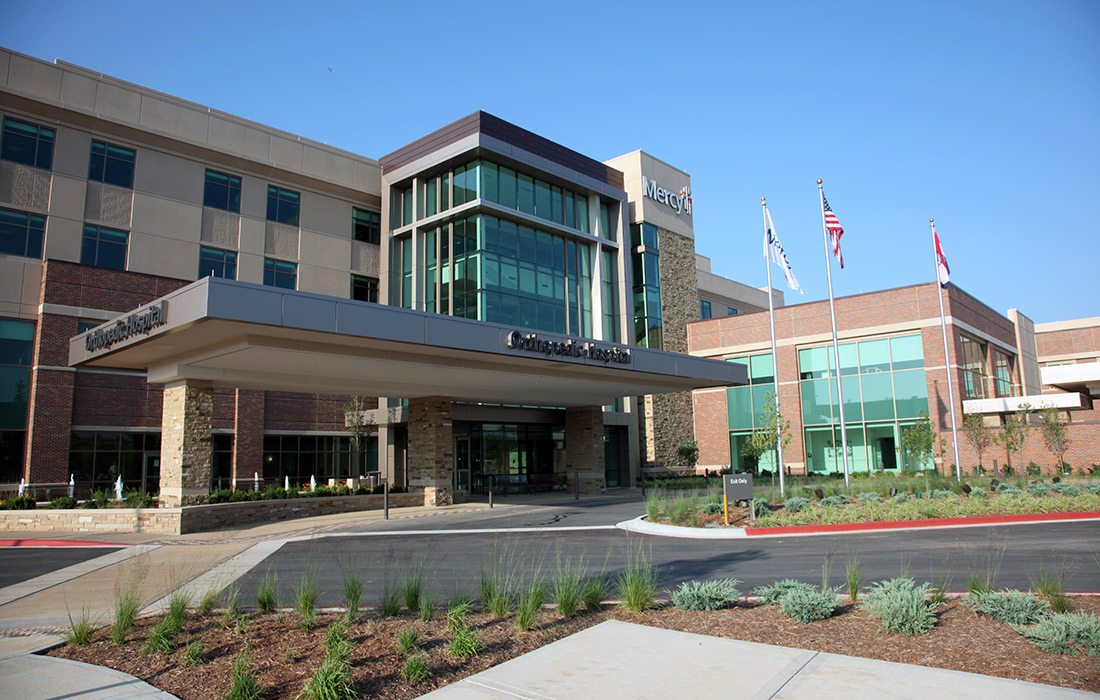 While reducing patient pain is certainly a noble endeavor, iovera° has the potential to serve an even more revolutionary purpose: dramatically reducing patient opioid use. McDonough is a powerful example of the treatment’s long-term effects. She was prescribed the same opioid concoction for both of her knee surgeries, but required far fewer pills after receiving iovera° prior to her second surgery. McDonough found that she was able to go eight or more hours without pain relief. After only two weeks, she ditched the narcotics and switched to Tylenol.

McDonough’s experience is common in iovera° patients. Jones estimates that, after the treatment, patients take up to 60 percent fewer pain pills to cope with recovery. “Many patients haven’t taken any narcotics after surgery, and that’s borderline unheard of,” Jones says. Overall, reducing narcotic consumption reduces the chance of patient dependence, which is rampant in our society. “For doctors, finding ways to deal with challenging patient situations without reaching for a bucket of morphine is important,” Jones says.

The iovera° treatment is promising for a lot of reasons, offering both reduced narcotic dependence and faster overall healing. However, for patients like McDonough, the immediate improvement to their quality of life is staggering. “You will be up and moving a lot faster,” McDonough says. Jones agrees, noting that the treatment may soon be used for shoulder and elbow surgeries—even tension headache relief. “Everything we do in medicine is trying to make people the best version of themselves they can be,” Jones says. “I had a patient come up to me today in tears saying they couldn’t believe how much better this experience was than their previous procedure. I think it’s potentially the biggest thing to happen in knee replacements.”