Leela Miller overcomes the odds of hydrocephalus and streptococcus meningitis, with the help of Mercy Hospital and Dr. Sami Khoshyomn. 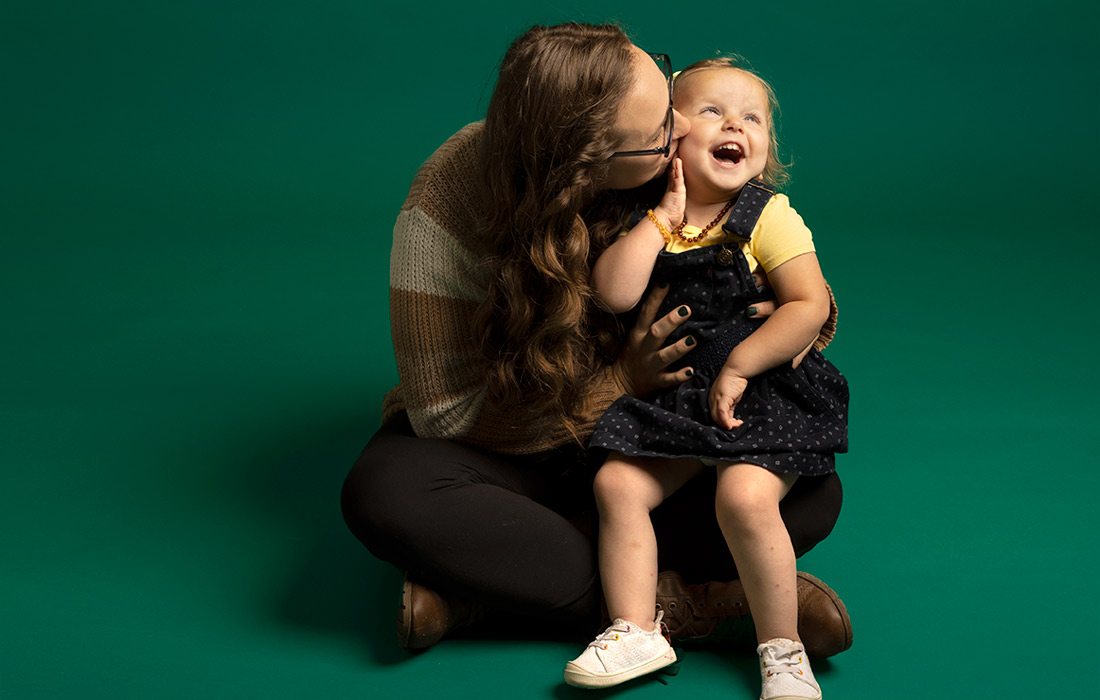 Leela Miller is a happy, healthy 2-year-old girl who is a bit bossy and very stubborn. But to survive 17 surgeries and a whole lot of uncertainty, she had to be. As a newborn, Leela was everything her mother, Nicole Miller, expected. Nicole and her husband had two other young girls, and both births were incident-free. So was Leela’s, but at around five weeks, everything changed. At first, they noticed Leela had a slight fever, but it wasn’t anything alarming. Then Nicole says they noticed a twitch with one of Leela’s eyes and one side of her face.”We couldn’t figure it out,” Nicole says. “We eventually got advice to go to the hospital.” On the way there, Leela threw up in her car seat. It was a reddish brown liquid and the first real clue that something was seriously wrong. “The nurse immediately took her back and did a cat scan,” Nicole says. Everything after that was a blur for the young family.

Within hours of arriving at the hospital, Leela was diagnosed with a case of post-infectious hydrocephalus caused by Group B streptococcal meningitis; she was put on a ventilator and a drain was surgically inserted into her brain to drain the cerebrospinal fluid that had built up. The pediatric neurosurgeon at Leela’s side was Dr. Sami Khoshyomn. While hydrocephalus sounds scary and if left untreated can result in seizures, blindness, coma and even death, “it isn’t uncommon and treatment is typically straightforward,” Khoshyomn says. Since joining the team at Mercy, Khoshyomn says he’s performed thousands of operations to treat hydrocephalus. But Leela didn’t just have hydrocephalus. She had streptococcal meningitis—an acute bacterial infection of the membranes surrounding the brain and spinal cord. “Without treatment, it’s 100% fatal,” Khoshyomn says. “She’s the third case of this severity that I’ve seen.”

Instead of one cavity in Leela’s brain filling with cerebrospinal fluid, Khoshyomn found as many as 10. At this point, there was a real chance Leela wouldn’t survive or she would have serious developmental issues. That’s what Khoshyomn told Nicole. She says his thoughtful bedside manner and his ability to tell the family the truth is one thing she appreciated greatly. “They gave it to us straight,” she says. “Dr. Sami and the nurses answered every question.”

It took almost 18 months and some engineering, but Khoshyomn used an endoscope and computer-assisted navigation to make the cavities communicate with each other. In the end, he only inserted three shunts to treat her multiloculated hydrocephalus.

Leela spent close to five weeks in Mercy’s pediatric intensive care unit; she underwent 17 surgeries and had three shunts put in her brain. A large team of pediatric critical care physicians, pediatricians, neurologists, surgeons, anesthesiologists, nurses and surgical technicians worked together to care for Leela, and she lived.

Now, she’s two years old and is thriving. “You wouldn’t know anything was wrong,” Nicole says. “Sami was fantastic. He always thought 10 steps ahead. When he put the shunts in, he thought of where the placement was to make sure she was comfortable.” Leela still visits Khoshyomn each year to make sure the shunts are performing as needed, and it’s an annual visit Khoshyomn looks forward to. “You see these kids, and you’re not sure if they’re going to make it,” he says. “But then the surgery works, and your interventions become less and less; then one day that child walks into your office and says your name.” When that happened recently with Leela, Khoshyomn says, “It was one of the happiest days of my life.”

“You don’t think they’re going to live the next day, but then the surgery works, and your interventions become less and less and then one day that child walks into your office and says your name.” 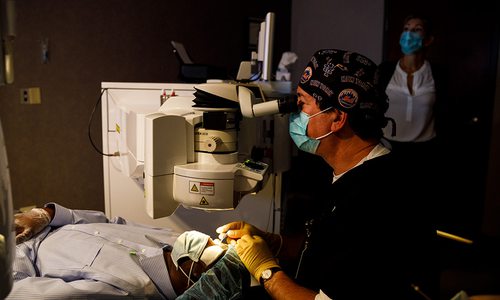 When Casey Brown arrived in Dr. Shachar Tauber's office, Tauber saw an opportunity to bring a new eye procedure to Mercy in order to...